There’s nothing quite like foraging for juicy blackberries that ripen on thorny brambles from mid-August right through to October. The rich purple berries can be found growing in hedgerows, woods, ditches, heath and moorland and the verges of lanes and roads right across the length and breadth of Britain. Surprisingly few people take the opportunity to enjoy the culinary delights of the wild Blackberry and it remains a truly underrated late summer fruit. 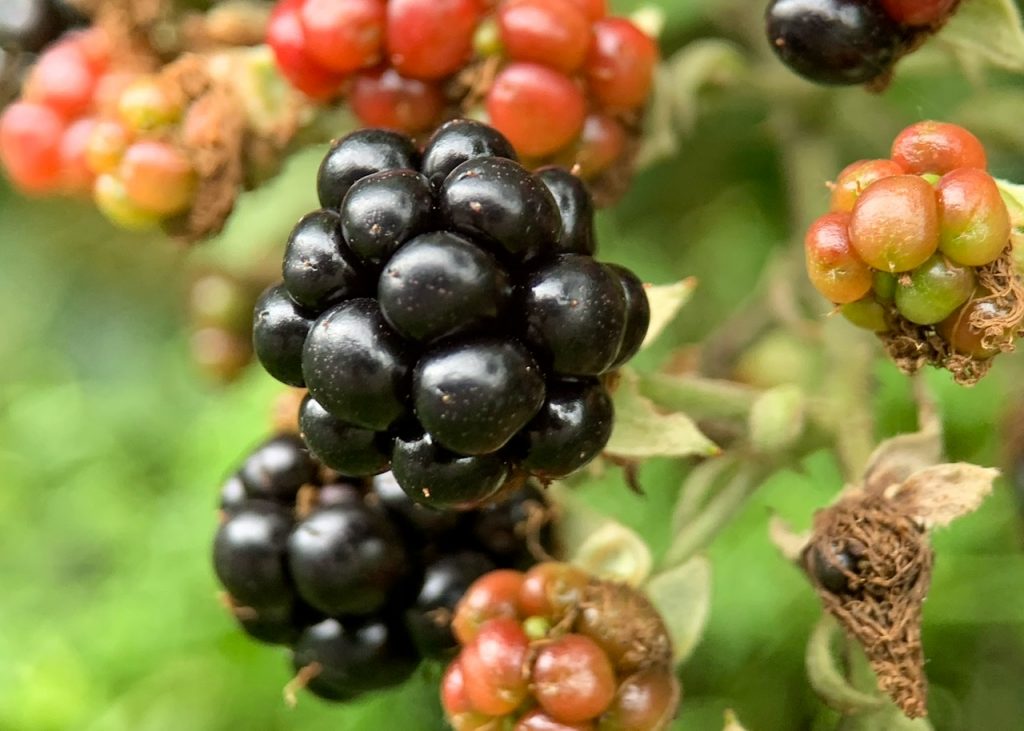 ‘The fruit or berry is like that of the Mulberry, first red, blacke when it is ripe, in taste between sweet and soure, very soft and full of grains.’

(Chapter 4, Thirde Booke of the Historie of Plants by John Gerrard – published in 1597)

The wild blackberry is officially known as Rubus fruticosus and is a genus of the rose family (Rosaceae). Its heritage becomes apparent when the attractive small pinkish white flowers emerge in late Spring/early Summer. These petite flowers are between 2-3 cm in diameter and look similar, but on a smaller scale, to Rosa canina (the dog rose – check here for our best rose quotes). 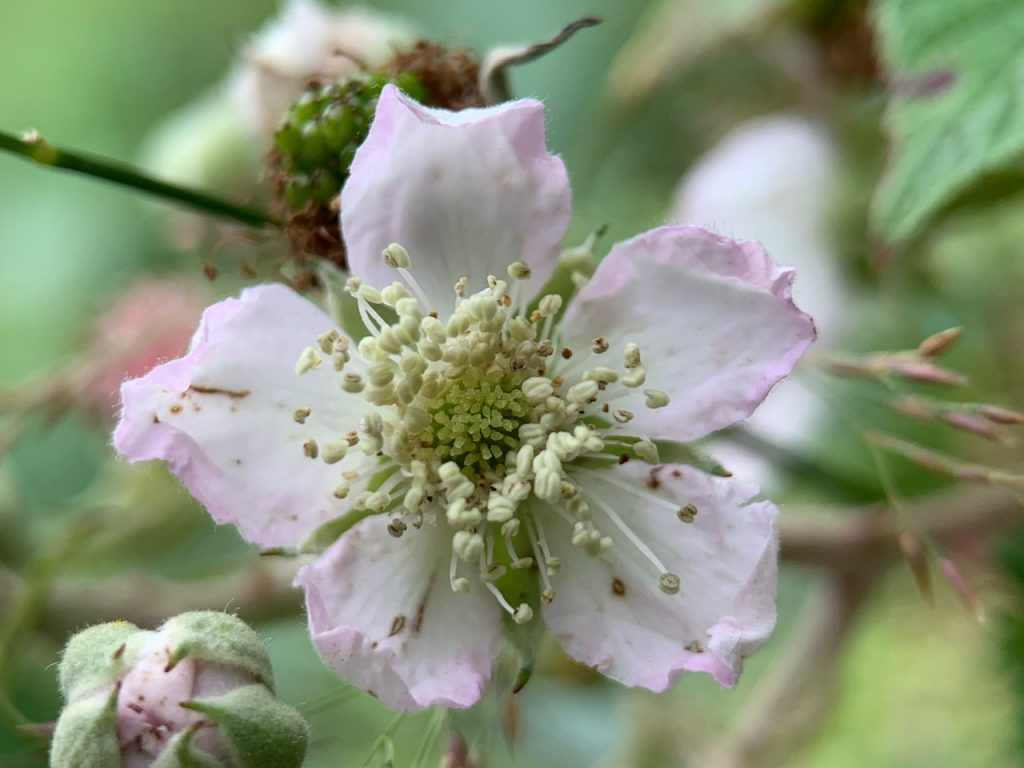 The blackberry bush is often referred to as a bramble and in its wild form tends to form an impenetrable mass of incredibly prickly stems that either arch over the hedgerow or trail along the ground in a chaotic style. The canes can grow over 3 metres in length and sucker prolifically, making it a fearsome foe if it ever finds its way into your garden!

Blackberries are capable of growing in any poor soil type and are capable of colonising large swathes of land in a very short period of time. They can even be seen growing out of rock crevices where you would think it impossible for a shrub of such a size to flourish. However, the most productive plants are found on fertile acidic soils.

The soft fruit ripens anytime from mid-August through to October depending upon the site and climatic conditions. 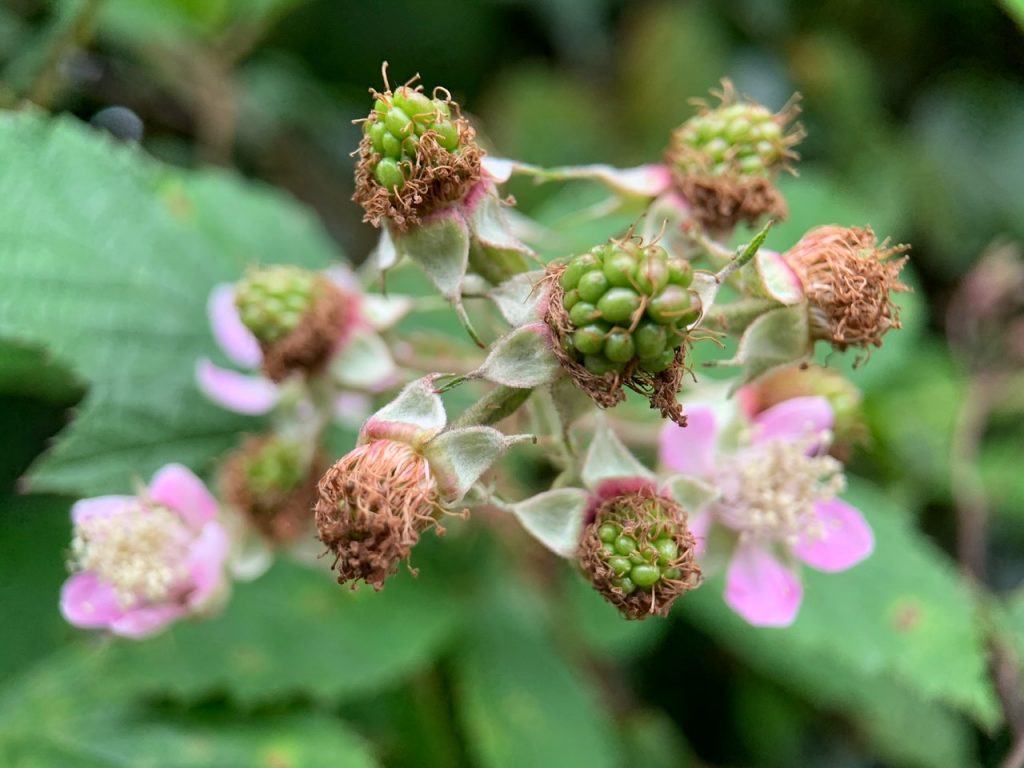 The Blackberry despite its name isn’t really a Berry

If you’re confused – don’t worry you’re not alone! It wasn’t until writing this article that I became aware that blackberries along with raspberries aren’t true berries in the botanical sense.

To be a true berry the fruit has to have a thin skin that isn’t self supporting once the fleshy pulp and seeds are removed (must be seeds and not a single stone). Most importantly, the fruit must derive from a single flower that only has one ovary. Examples of this are blueberries, cranberries and gooseberries. Also, aubergines, tomatoes, grapes and bananas. Yep – the banana is actually a berry! 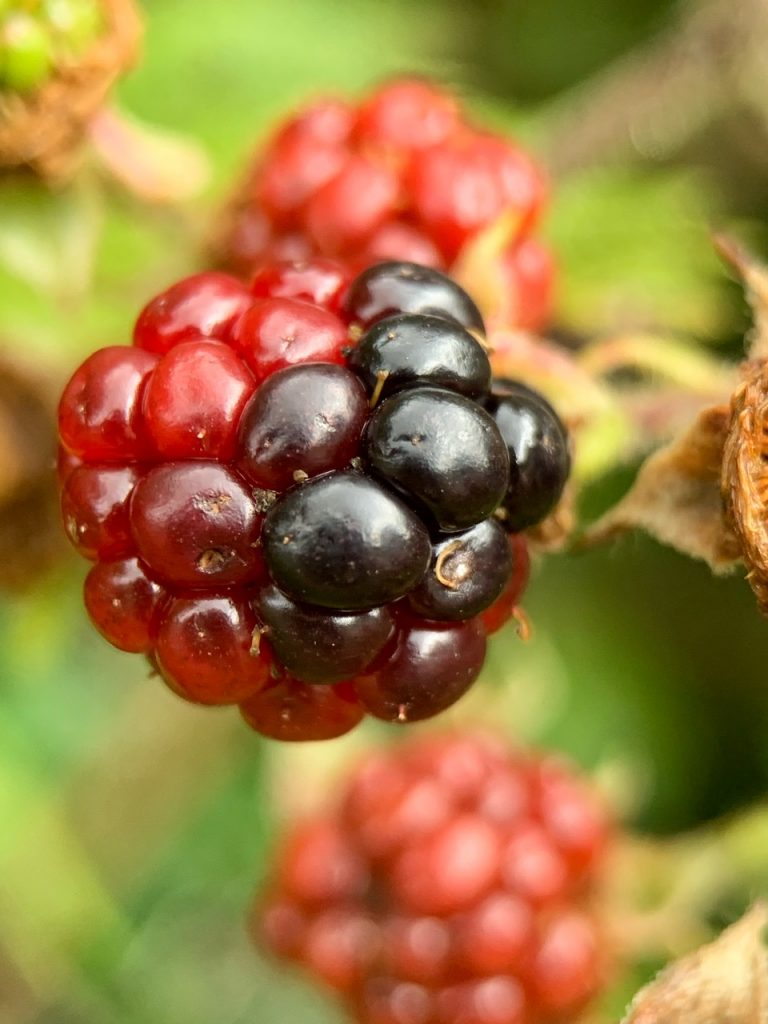 The Blackberry, like its closely related cousin the raspberry, is botanically referred to as an aggregate fruit and is made up of multiple seeds from different ovaries of just one flower. Each seed creates its own tiny individual fruit that combined together make up the mature whole fruit.

Just to make life even more difficult the strawberry is neither a true berry or an aggregate. It’s referred to as an accessory fruit….and a mulberry is a multiple fruit…

‘For every tree is known by his own fruit. For of  thorns men do not gather figs, nor of a bramble bush gather they grapes.’

Blackberry bushes are found growing in the wild on every continent except Antarctica and the fruit has been used as a food source since the Ice Age. The rest of the plant including the root, bark, flowers, stems and leaves have also been used for a wide range of medicinal purposes over the millennia.

In 1835 workers discovered the preserved body of a woman in a bog In Jutland, Denmark. Over a century later, in 1977, the corpse was carefully examined and carbon dated. The results concluded that the body dated back to the 5th century and she had probably been the victim of a ritualistic killing. A further analysis was carried out in 2ooo and scientists were able to reveal that the contents of her stomach comprised of millet and blackberries. 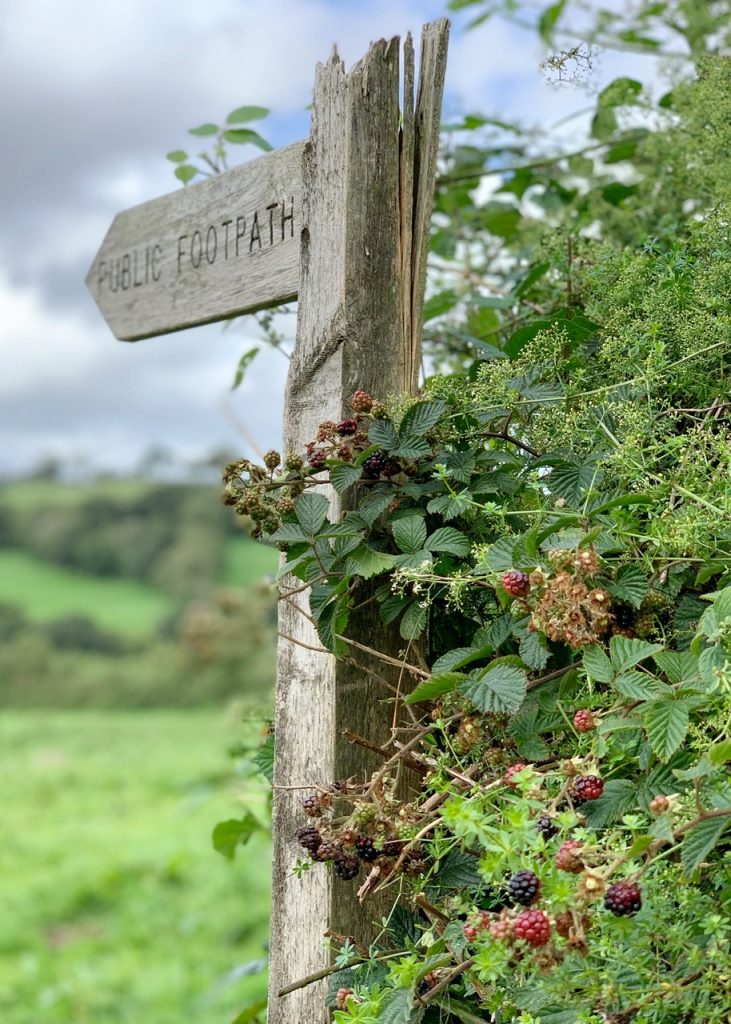 Pliny the Elder (23CE-79CE) suggested using a preparation of blackberry leaves and bark to soothe diarrhoea. Blackberry Leaf Tea is still used for this very purpose and is sold commercially as an alternative herbal treatment. The Romans also used the leaves to treat gingivitis.

Meanwhile, the Ancient Greeks used blackberries to treat gout and they were definitely onto something. Like blueberries, strawberries and raspberries, blackberries contain high levels of anthocyanins, vitamin C and quercetin which help reduce uric acid levels in the blood and thus inflammation. Historically it was often referred to as the goutberry

The use of the blackberry plant as a medicine continued throughout history and is still extensively used in modern herbal remedies. 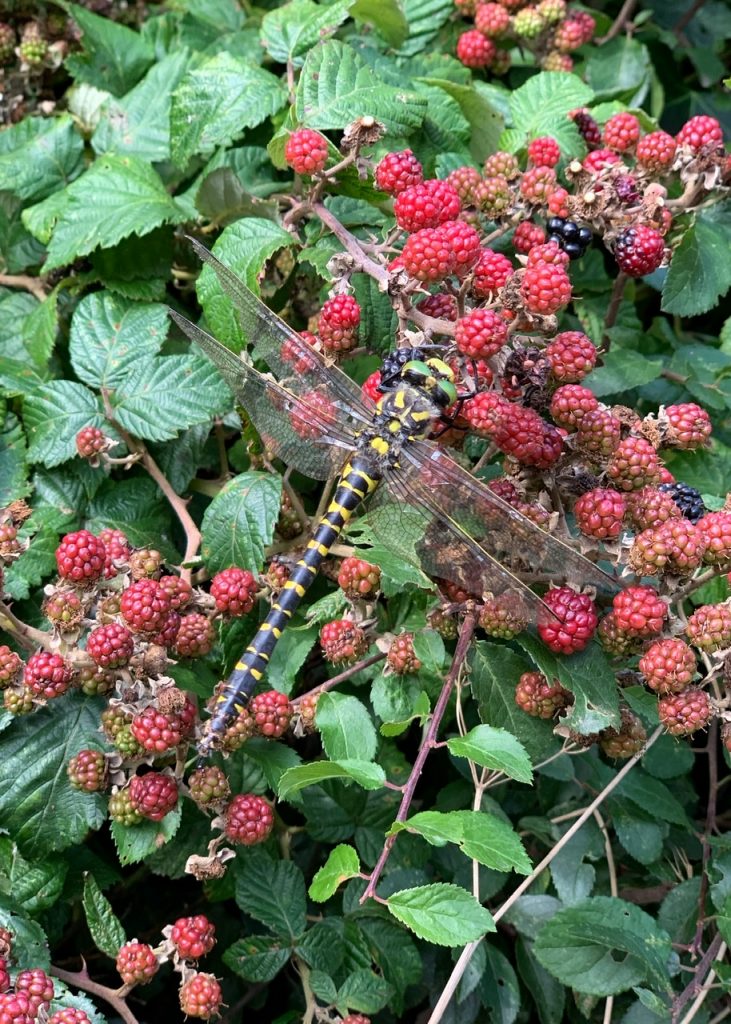 The blackberry bush creates an important habitat and is also a valuable food source for a vast variety of wildlife from early spring right through into the dark winter months.

In springtime a number of bird species, including robins, thrushes, blackbirds and wrens, use the thorny bushes as a safe refuge to build their nests away from predators and later on gobble up the ripe berries.

Various moth species feed on the blackberry leaves during their larval stage and some go on to overwinter as pupae among the dead leaves that amass at the base of the brambles. 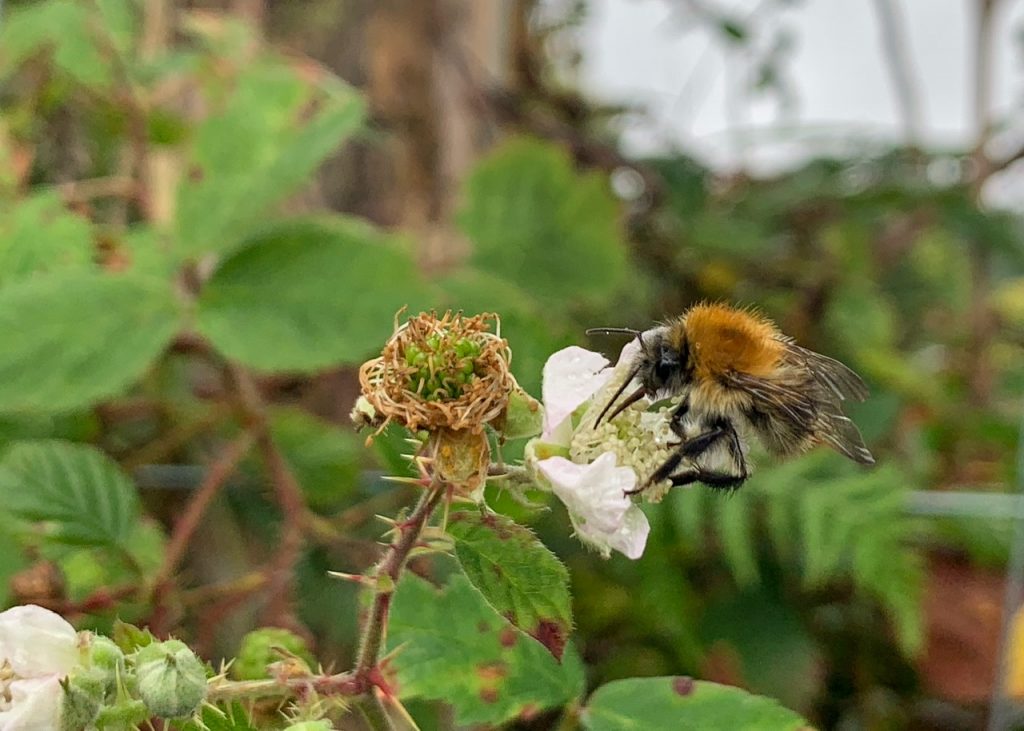 Numerous invertebrates, including bees, lacewings, hover flies, moths, wasps and butterflies, can be seen gorging on the pollen and nectar as soon as the flowers burst forth in June and later on the ripe fruit. It’s also not unusual to see a dragonfly basking in the sun on the thorny thicket, especially it it happens to be in a south facing location.

Humans aren’t the only mammals that enjoy munching on blackberries. Rodents, squirrels, foxes and badgers, to name but a few, all enjoy the sweet berries too!

Are blackberries good for you?

The blackberry contains high levels of phenolic compounds, including anthocyanins, which are a rich source of antioxidants and also create the distinctive rich purple colouring. 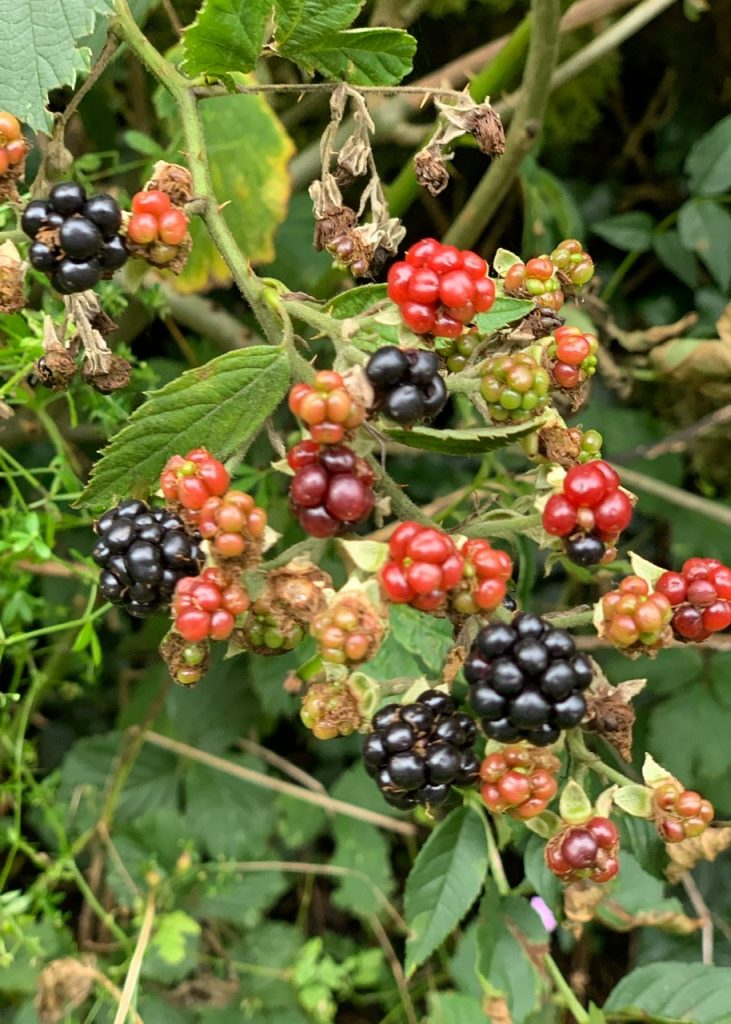 As if that were not enough, this amazing berry is also high in vitamins A, C, E, many of the B vitamins and numerous minerals. It’s also high in fibre and has oodles of a highly distinctive flavour. A small handful of these berries, roughly a dozen, count as one portion of your 5 A Day. It could be argued that the blackberry is indeed a superfood.

Blackberries are a highly diverse fruit and can be used in both savoury and sweet dishes, not to mention blackberry flavoured vinegar, liqueur, cordial or even homemade blackberry gin. Blackberry sauce goes exceedingly well with game dishes but is also delicious with beef.

There are numerous recipes using blackberries in desserts, but, nothing can beat a good old fashioned blackberry and apple crumble. A combination of flavours that’s truly a marriage made in heaven!

Blackberry Jam (A.k.a. Bramble Jam) is an easy way to preserve your haul of berries for the oncoming winter months and is absolutely delicious, especially if you remove the seeds which can make the jam seem rather gritty. 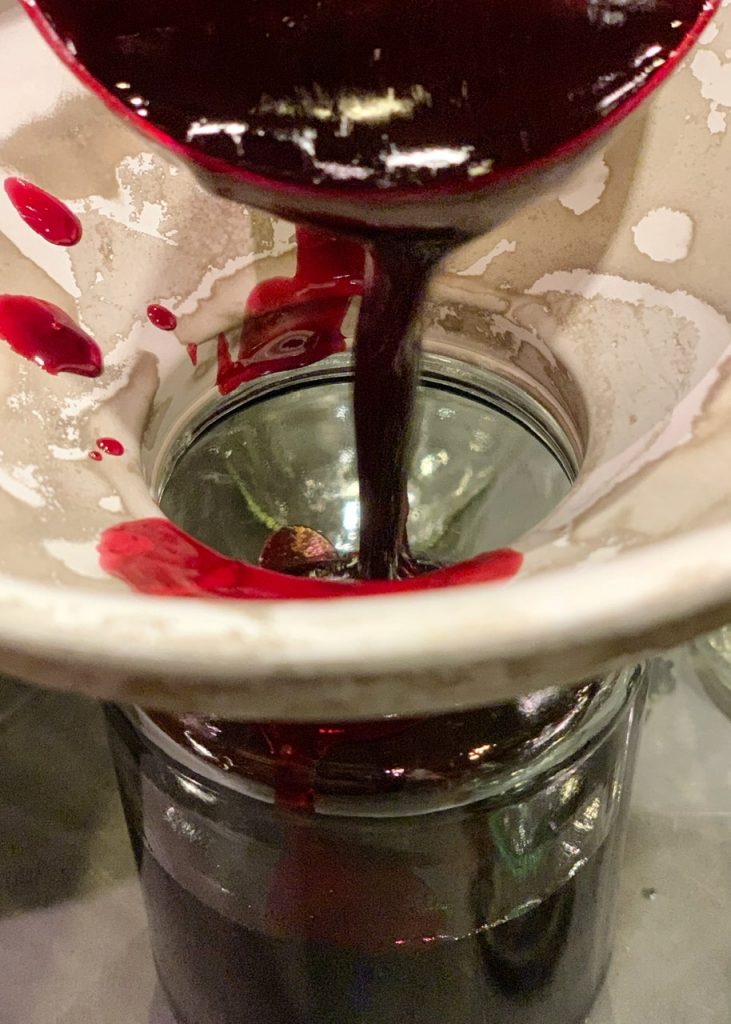 If you’re not into jam-making or would rather use blackberries for a savoury dish then they do freeze exceptionally well. Especially if they are place in a single layer on a tray and then bagged up afterwards.

The feast of St. Michael and All Angels falls on the 29th September each year and is one of the English, Welsh and Irish Quarter Days that mark the change of the four seasons. These four days were traditionally used to hold Mop Fairs where labourers and contractors were hired and were held across the length and breadth of the country. Marlborough continues to uphold this ancient tradition, but as a modern fairground. Even tiny destinations such as Brentor on Dartmoor held a fair just below the church.

Until 1752 the third quarter day was alway celebrated on October 10th, but, in this particular year, the Julian Calender was finally replaced by the Gregorian. This led to September 2nd being followed by September 14th and hence the loss of 11 days. Some people actually believed that calendar change had actually shortened their lives! 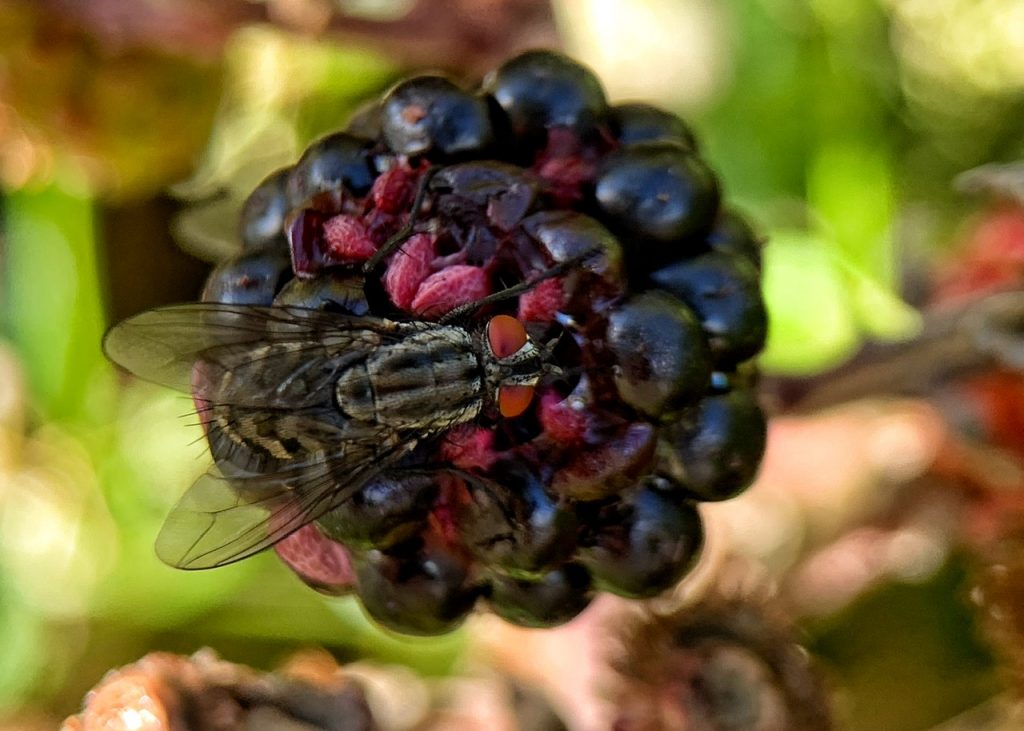 Of what relevance is all this to Blackberries you may be wondering? Well – according to folklore it’s on Michaelmas Day day that the Devil is said to have been booted out of heaven by the Archangel Michael. On landing he just happened to end up in a thorny blackberry thicket. Being somewhat annoyed, or more accurately – mad as hell,  he cursed and spat upon the aforesaid blackberries. In some areas of the country the day is referred to as Devil’s Spit Day and in America it’s known as National Poisoned Blackberries Day.

Woe betide anybody that picks blackberries after this date! (Which date you may well ask – 29th or the 10th?). Nobody knows when the legend started but with the date of 10th October mentioned in some literature it’s highly probable that it’s pre-1752. 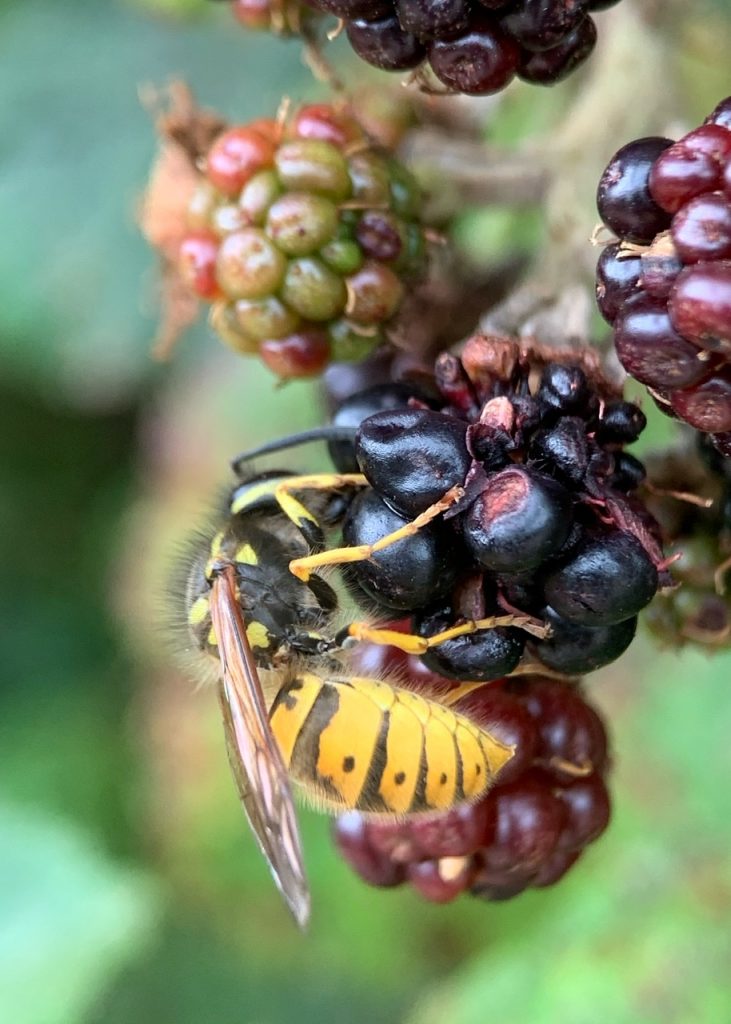 There is often sound reasoning behind these folktales, and the devil poisoning blackberries is no exception to the rule. As the days get shorter and damper, soft fruit tends to get quite mouldy, even more maggoty and the overripe fruit tends to attract a collection of rather unsavoury visitors as seen in the photos above. The story may well have been put out there to frighten people, especially young children and prevent them from eating raw fruit that could make them unwell. 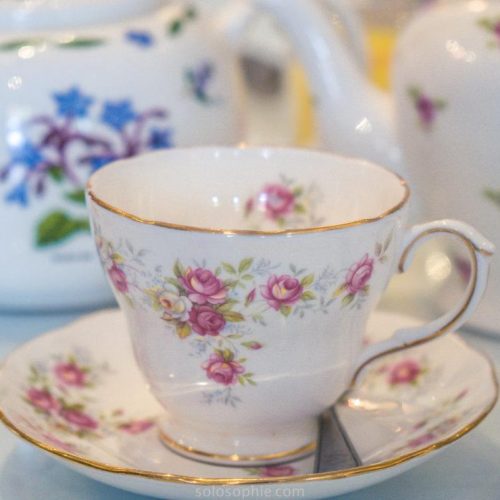 Here are some of the best Tea Quotes by British Authors 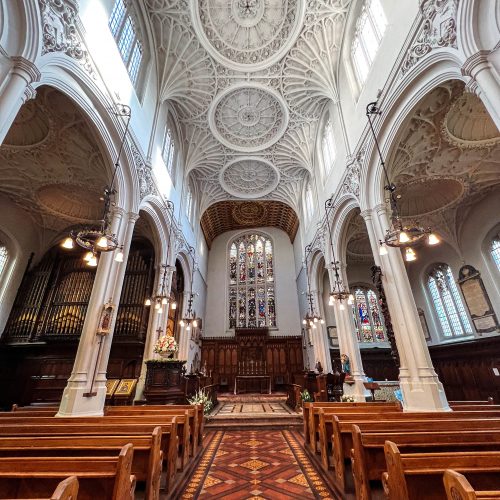 Host Café: A Beautiful Coffee Shop in a London Church

8 shares
escapetobritain.com is a participant in the Amazon Services LLC Associates Program, an affiliate advertising program designed to provide a means for sites to earn advertising fees by advertising and linking to Amazon.com. As an Amazon Associate I earn from qualifying purchases.