Palm trees sway in the breeze. Many are easily the size of a small car, and there are plenty of cacti you wouldn’t believe could grow in Cornwall. Steep steps are cut from the overhanging rocks, and the temperature soars above the mid-twenties. Exotic flowers and bushes from far-flung places line the pathways. This is St Michael’s Mount Garden, a tropical garden in the very depths of Cornwall. 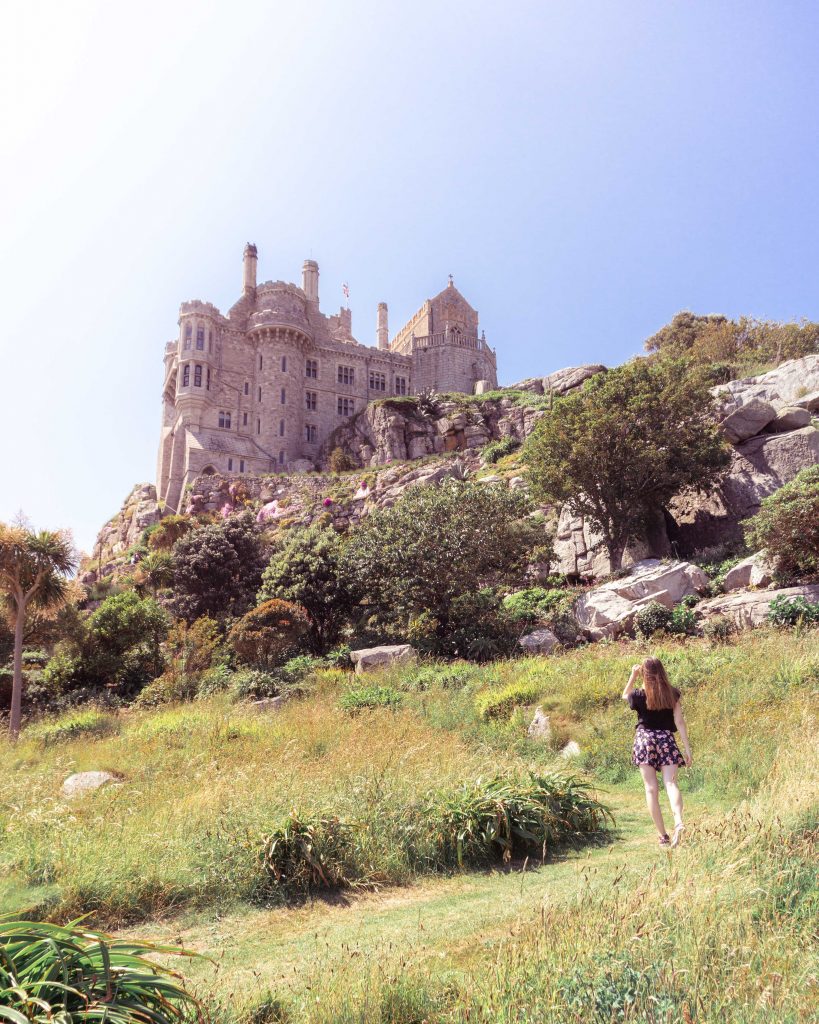 If you’ve ever perused through guidebooks to Europe, then no doubt you’ll have stumbled upon Magical Mont Saint Michel in Normandy, a tidal island situated a little way off the Northern French coastline. But what you may well not know is that the French island has a younger sibling, founded by the same order of monks, in Cornwall, South West England. 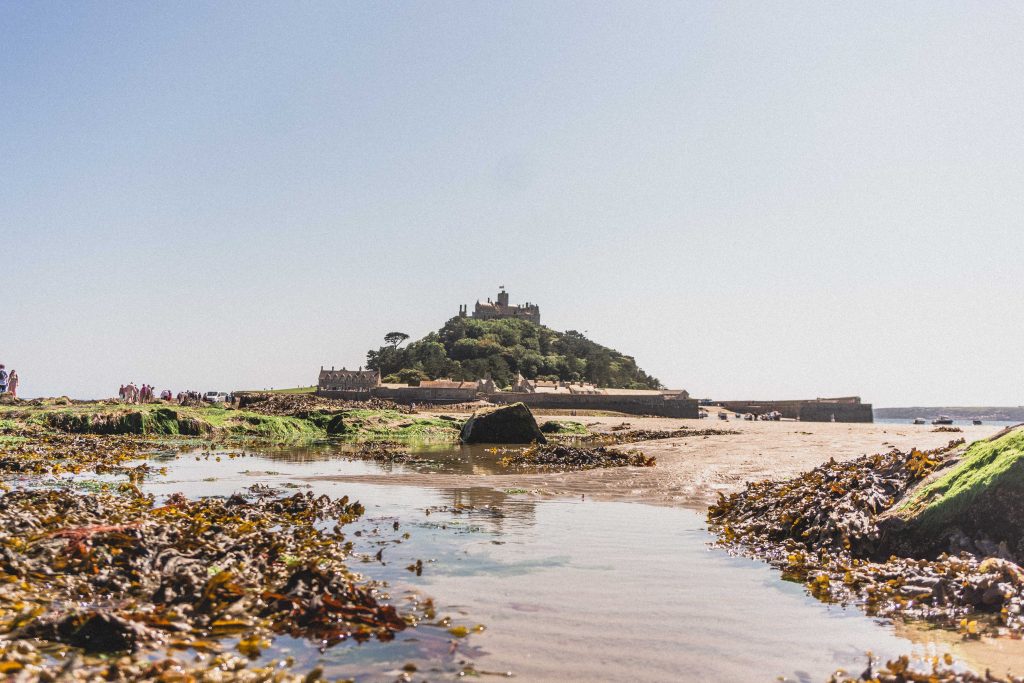 The island of St Michael’s Mount can be found midway between the town of Penzance and the pretty settlement of Marazion. In the heart of Mount’s Bay and cut off twice a day from the mainland by the sea, the rest of the time, the isle is approachable on foot via a cobbled causeway.

A fairytale castle lying just off the Southern Coast of England, a fortified ecclesiastical building has stood in the heart of the complex in some form or another since the time of the Norman Conquest. It was during the 12th-century, that the current chapel of St Michael was constructed, much of it remains crowning the island to this day. 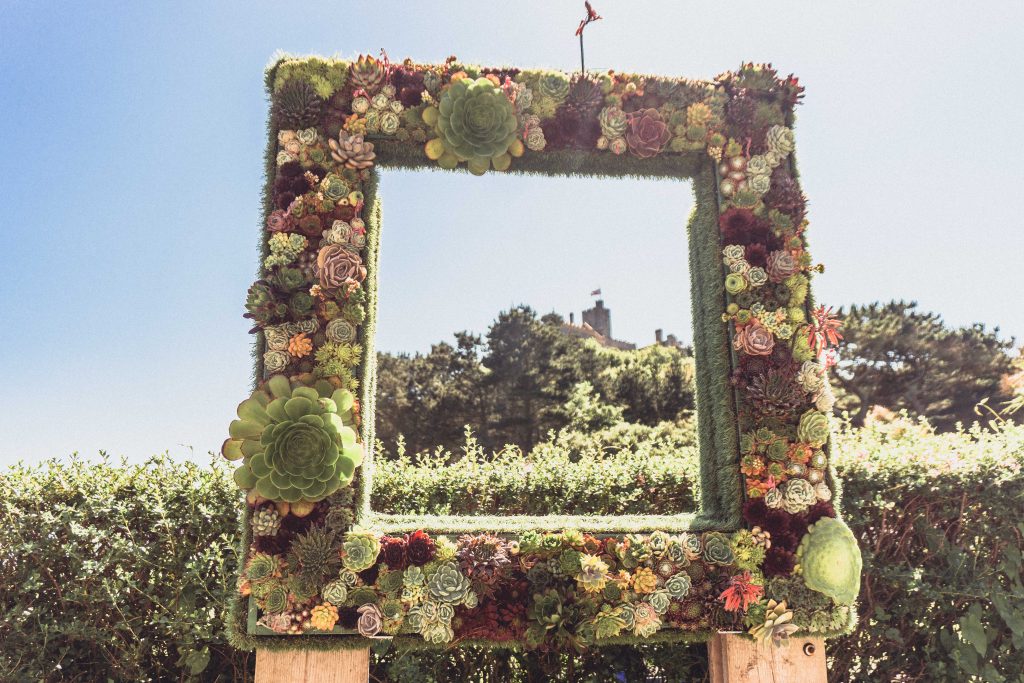 First established in the 1780s, the warm gulf stream ensures that this is one of the only gardens in England that never suffers from heavy frosts! The gardens came about in their current form when the four daughters of the 4th Sir John, who were collectively known as the Miss Aubyns, commissioned a walled garden of red brick.

Now, lying in the shadow of the medieval castle, you’ll find rare plants and plenty of wildlife. Here, in the Mediterranean like temperatures flowers thrive and plenty of plants grow. For the horticulturalists out there, delights of the garden include impressively large aloe plants, puya, agave, and agapanthus. The rock face above the garden acts as a radiator of sorts, meaning that lavender plants and cacti flourish. 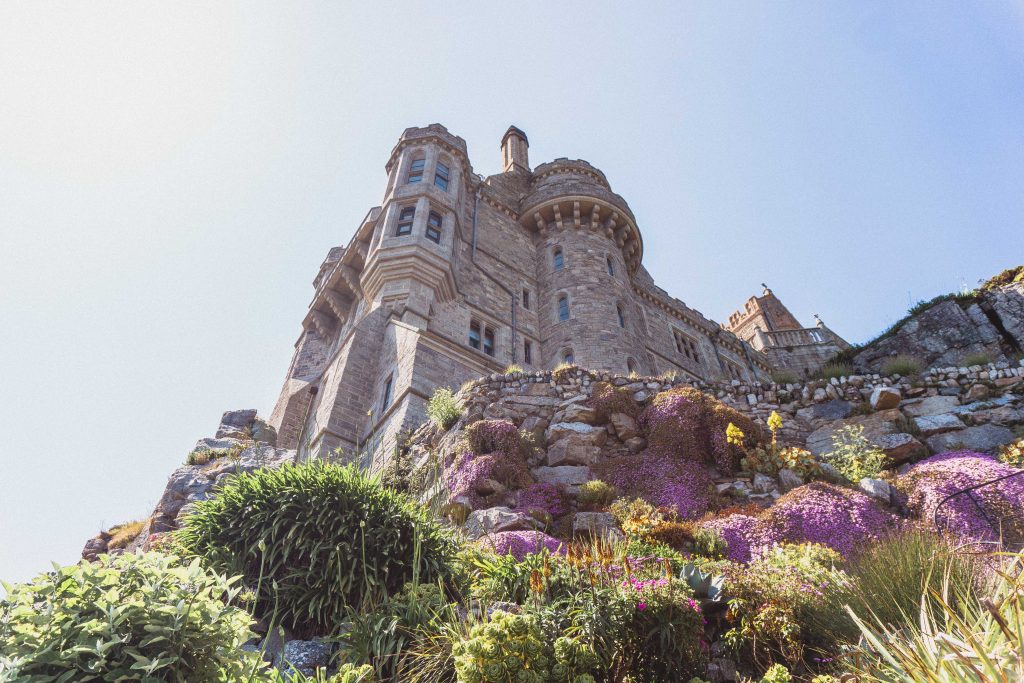 Other highlights of the garden include a WWII pillbox (these can be found up and down the coast of Southern England, though that of St Michael’s Mount is particularly well-preserved) and stepped terraced gardens that can be navigated via a series of mazed pathways.

For those looking for a more unusual souvenir of their time in the St Michael’s Mount Garden, a shop sells all sorts of cuttings and plant species that can be found within the micro-climate. Today, some 65,000 visitors journey to the garden each year, meaning that the green space now operates under restricted opening hours (check more information here). 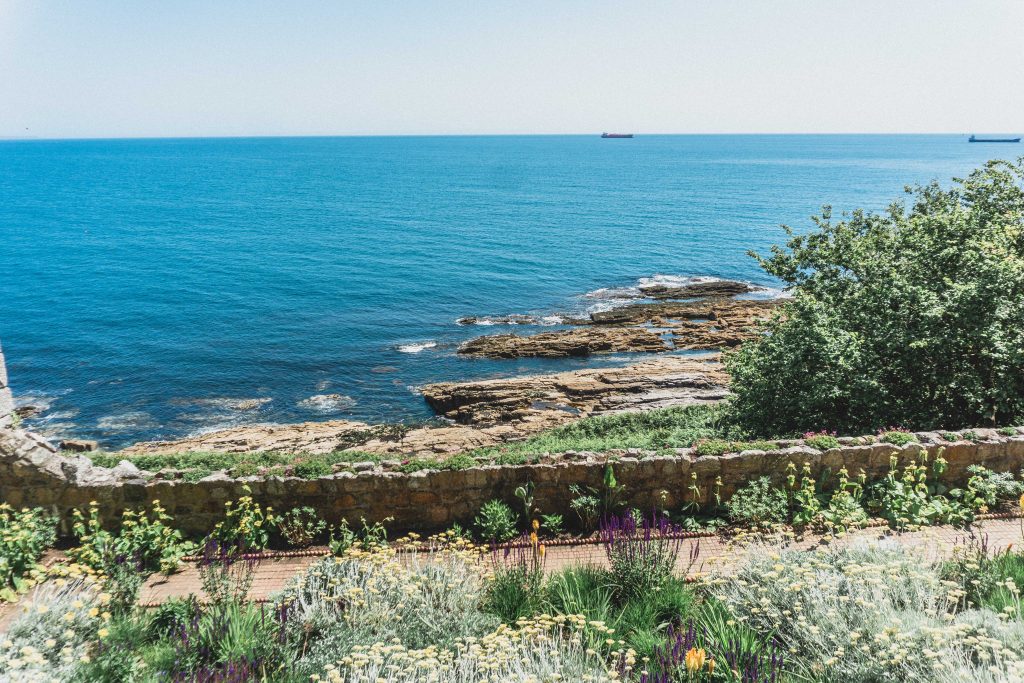 How to visit Saint Michael’s Mount

Best visited in the summer months (or indeed late spring or early autumn), St Michael’s Mount is free to visit for National Trust members, though members will still have to pay for the ferry fees, as well as car parking, as neither of these services is owned by the trust.

Before setting out, you’ll want to check the weather as the castle is definitely best seen on a sunny day, as are the walled, terraced gardens. In saying that, weekends can get incredibly busy, especially during the school holidays when people flock to the beautiful island in abundance. 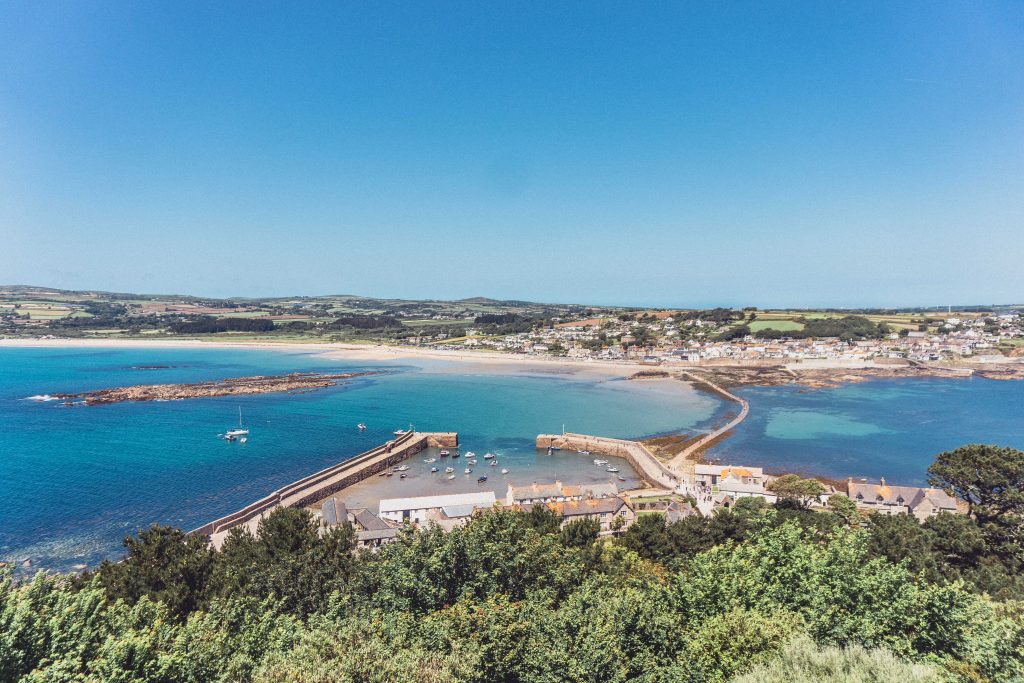 Once on the island, there’s a small village and harbour to discover, a church, several cafés and bars, the castle (containing a chapel dedicated to St Michael), and of course, the St Michael’s Mount Garden. While well-behaved dogs are welcome in the harbour and village, they are not permitted in the gardens or in the castle area.

Important to note is that the castle, garden, and island are closed completely to the public during much of the winter, until around early February (though the causeway remains open, dependant on tidal times). From then on, the garden is usually open between Mid-April and the end of September on an annual basis. You can purchase tickets to the castle and gardens, or for a lower fee, simply for the garden. 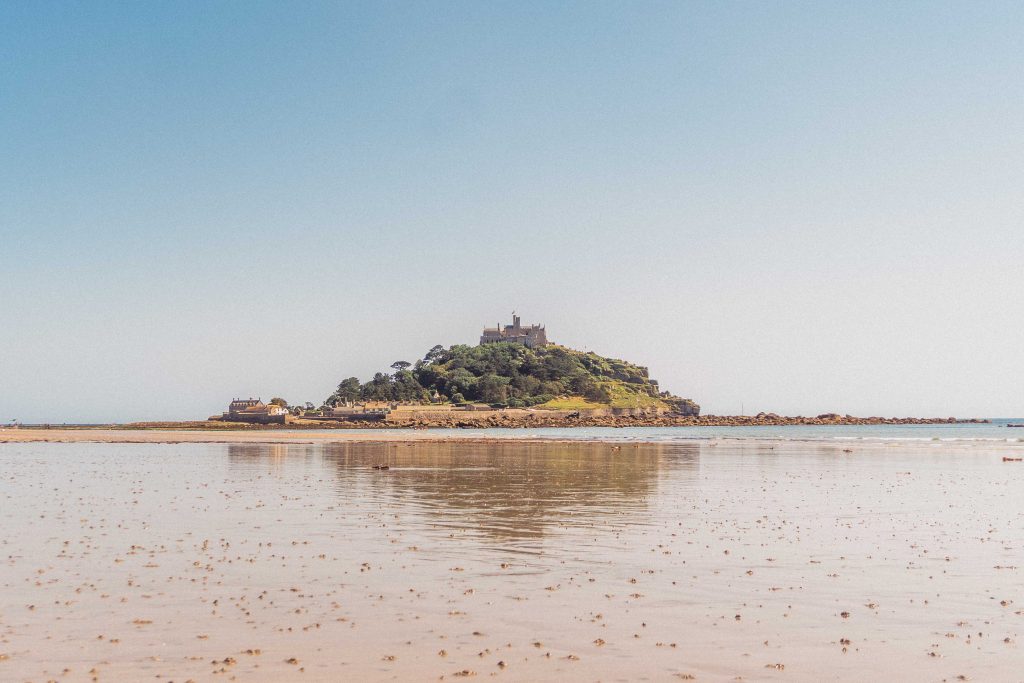 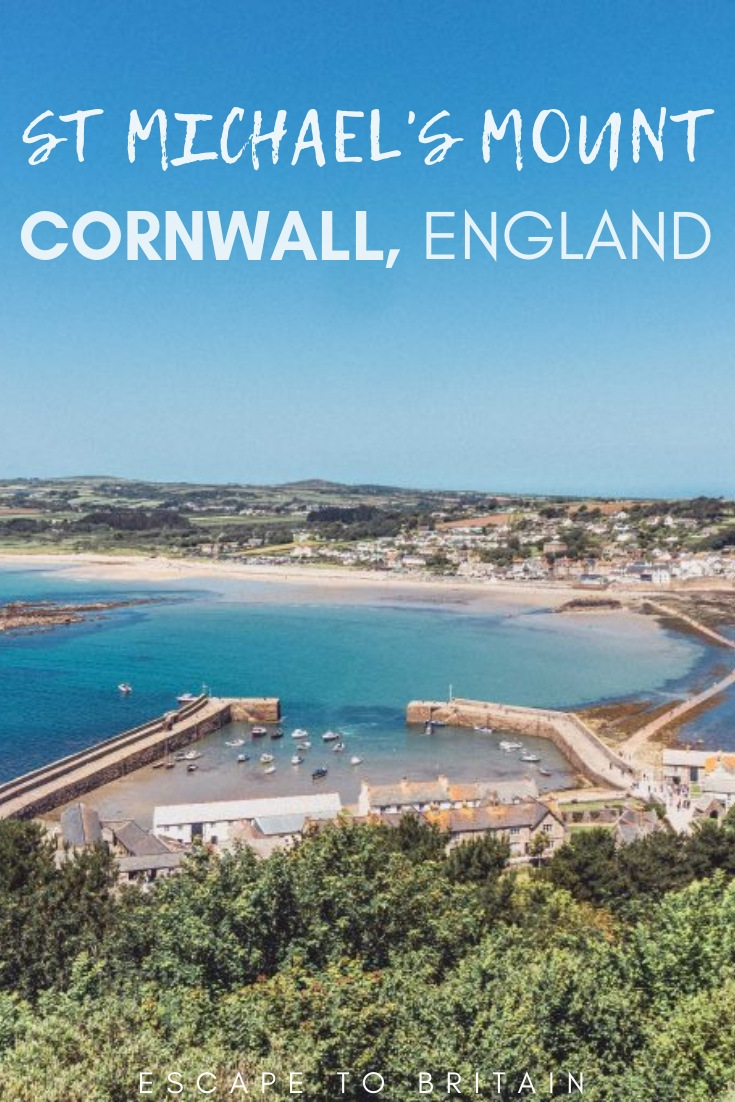 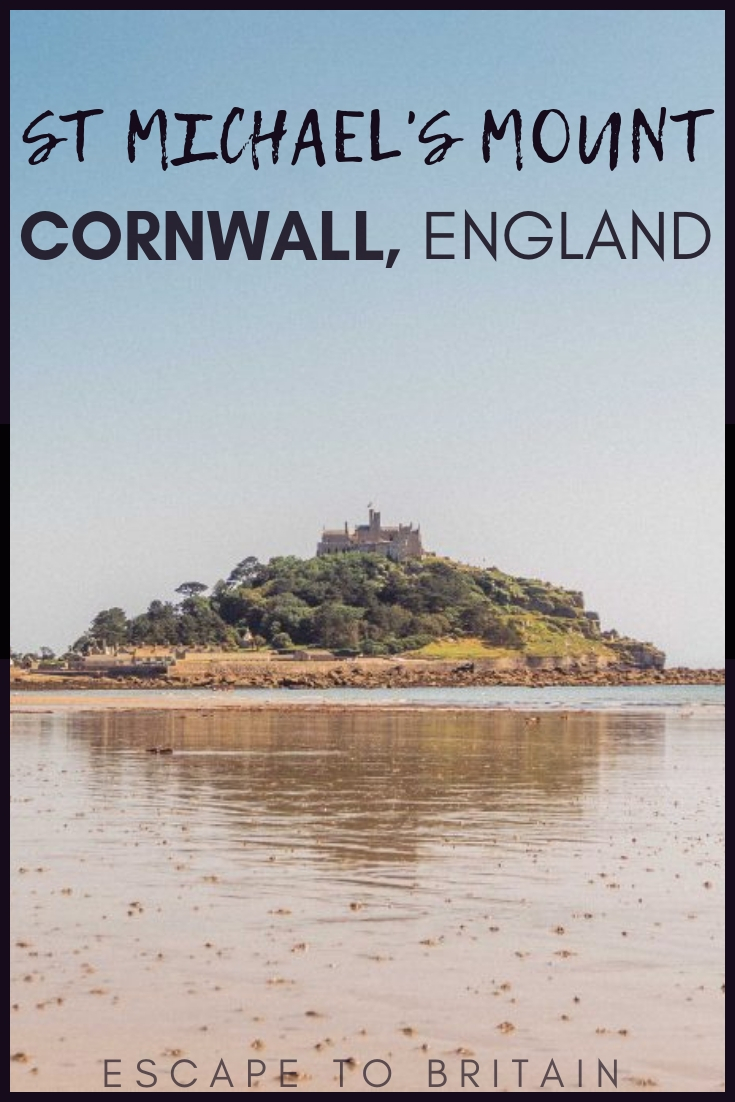 A Brief Guide to the Jewel Tower of the Royal Palace of Westminster
Chagford Guide: A Historic Stannary Town on Dartmoor

31 shares
escapetobritain.com is a participant in the Amazon Services LLC Associates Program, an affiliate advertising program designed to provide a means for sites to earn advertising fees by advertising and linking to Amazon.com. As an Amazon Associate I earn from qualifying purchases.