On the very edge of Dartmoor along narrow wooded lanes and arable farmland are two tors that many people are unaware even exist. Set just over a mile of each other, it’s said that Blackingstone Rock and Heltor were formed after a dispute between King Arthur and the Devil. 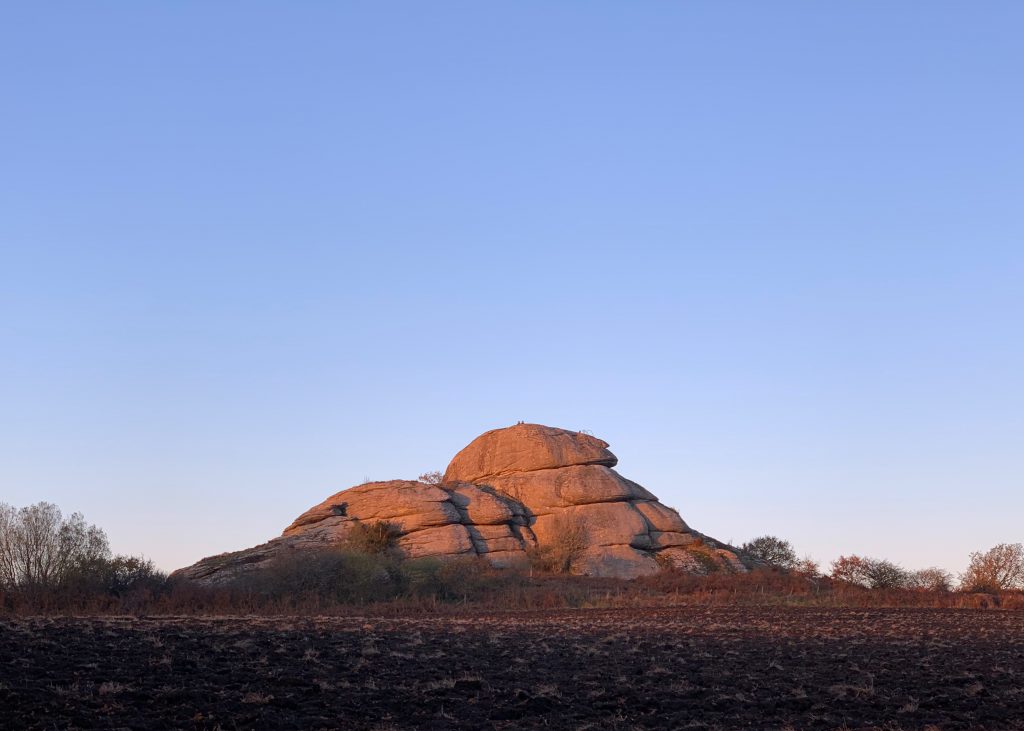 Blackystone Rock, as the tor has been called in earlier literature rises proudly above East Dartmoor and was purchased by the Dartmoor National Park Authority in 1981. Winding along Devon lanes that seem to get ever more narrow, it’s not difficult to see why Blackingstone is not as well frequented as those tors on the open moorland, such as Haytor (which is also home to Haytor Quarry) or Hound Tor. 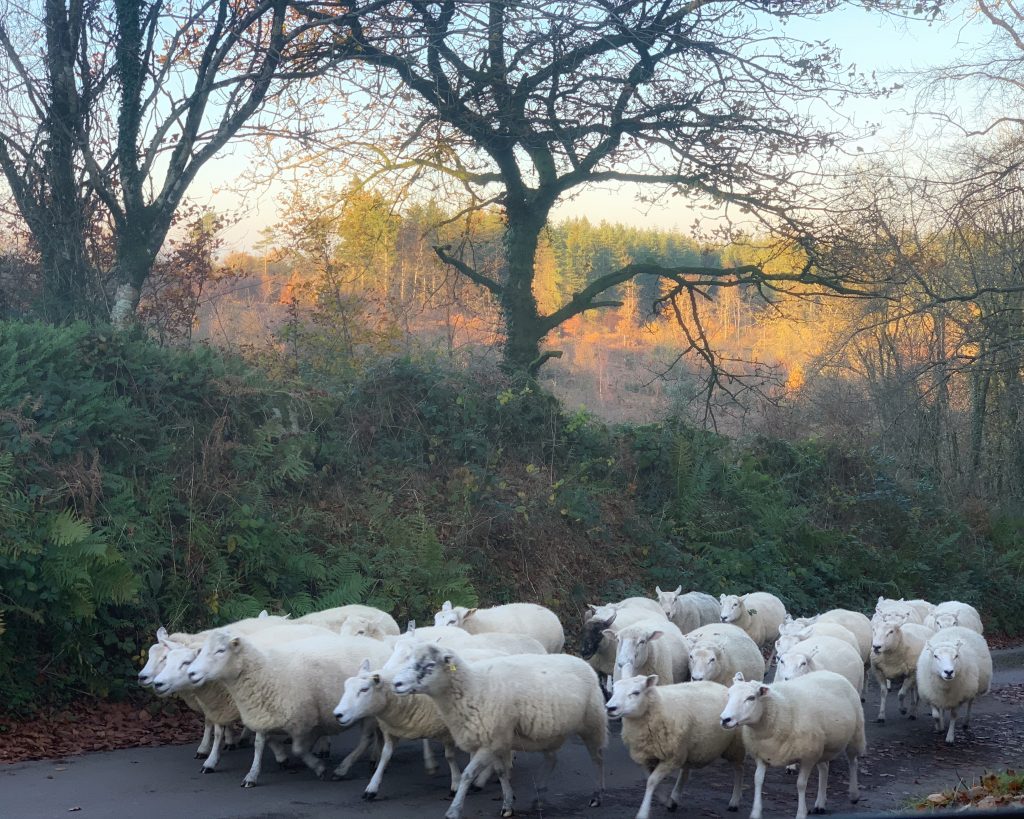 This eastern fringe of Dartmoor has a totally different vibe, the land is more fertile than the higher moorland which can only be used for grazing; both arable and dairy farming abound in the region as well as numerous coniferous and deciduous trees. 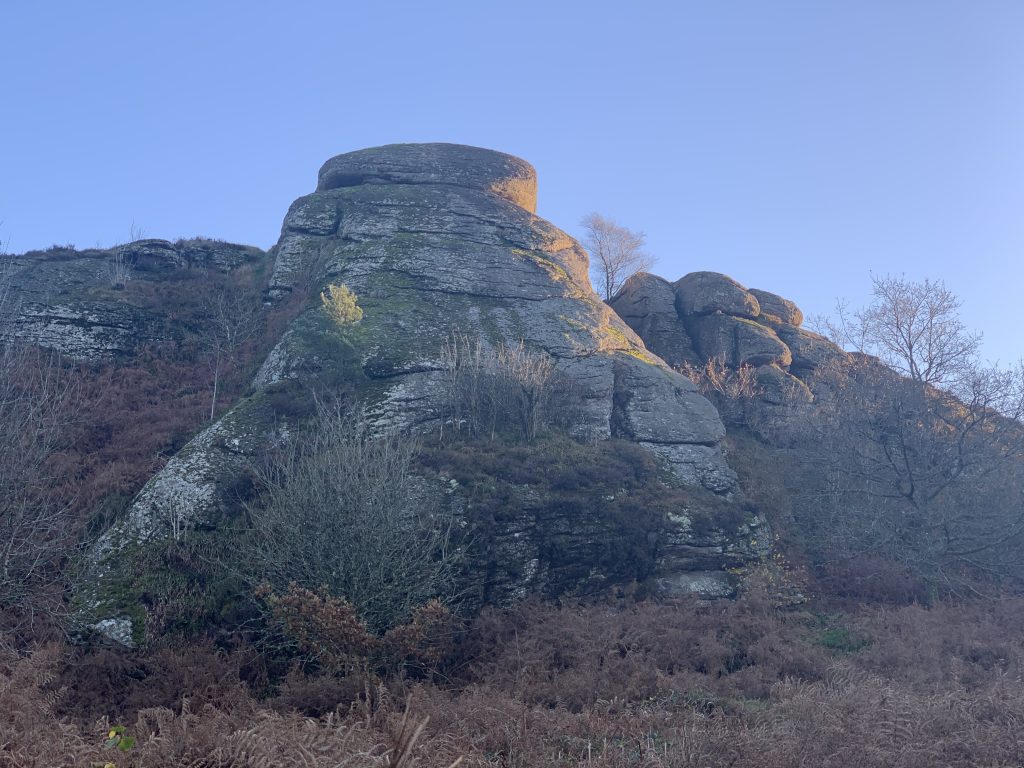 There’s a small car park beside the lane to the north of Blackingstone and access is via a path that winds around the base of the tor, which in late May is carpeted with bluebells. This path leads to a very steep narrow set of steps, on the eastern side, that take you to the top of the tor. Erected in the 1870s, these steps and railing certainly wouldn’t pass health and safety today!

The panoramic view from the top is truly jaw-dropping and well worth the trip. Its twin, Heltor, can be seen when looking in a northerly direction poking out from the coniferous trees surrounding it. 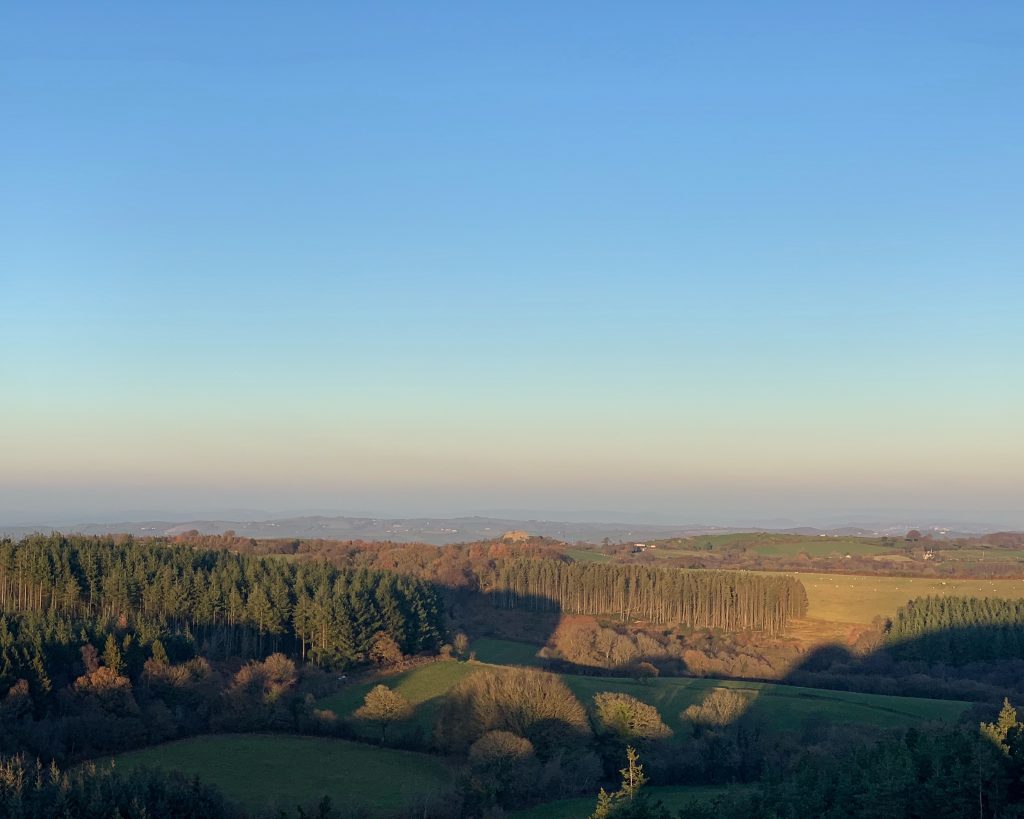 Blackenstone Quarry is quite literally just a stone’s throw from Blackingstone Rock and is the last granite quarry that’s still operational on Dartmoor today. Blackenstone granite was used in the original construction of Castle Drogo and has been commissioned by the National Trust for the large maintenance work it’s currently undertaking at the property.

John Murray in his book ‘A Handbook for Travellers in Devon’ (1879) describes the legend as such:

“The local legend runs that King Arthur and the ‘enemy’ flung quoits at each other from the tops of Heltor and neighbouring Blackstone (seen across the valley), which quoits remain in the shape of the granite that crests them.”

Like its counterpart, little more than a mile away, Heltor can only be accessed via narrow lanes; this time between Bridford and Westcott. Close to the tor are two farms – aptly named Lower Heltor and Middle Heltor and in fact, Heltor, unlike Blackingstone, is actually located on private ground. 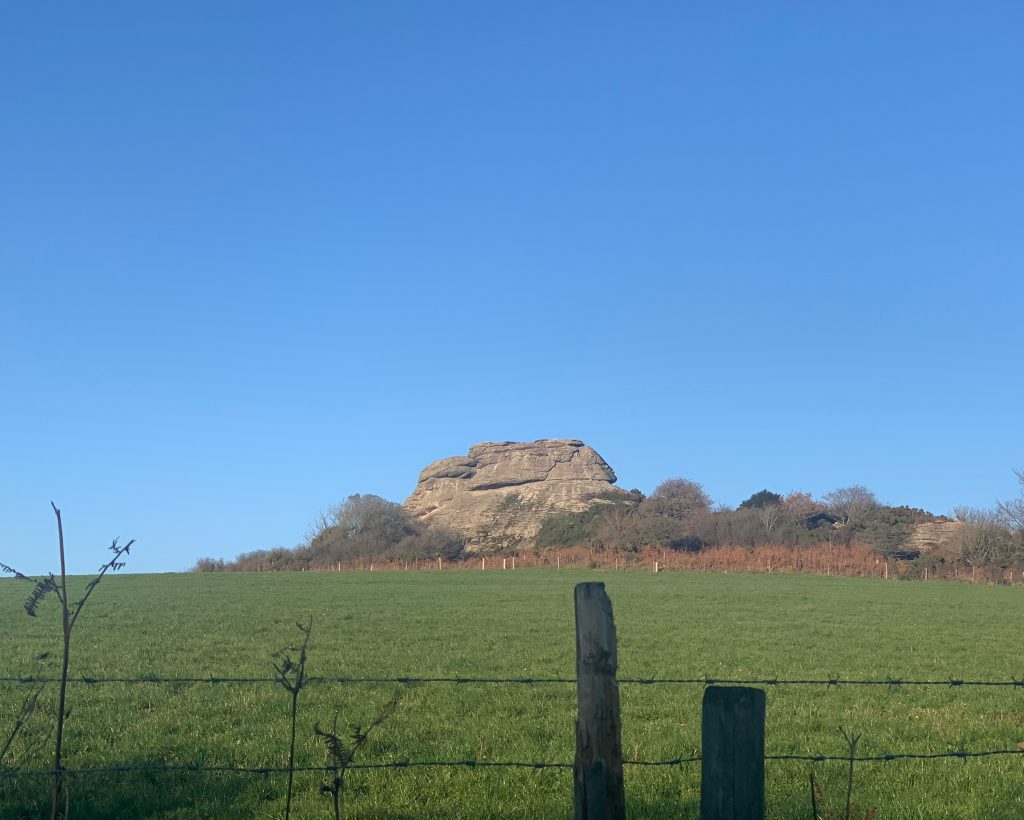 There is, however, a permissive path that leads to the tor which is accessed via a stile and is sandwiched between two fenced fields. The track’s only a few hundred metres in length and was quite overgrown when we visited. 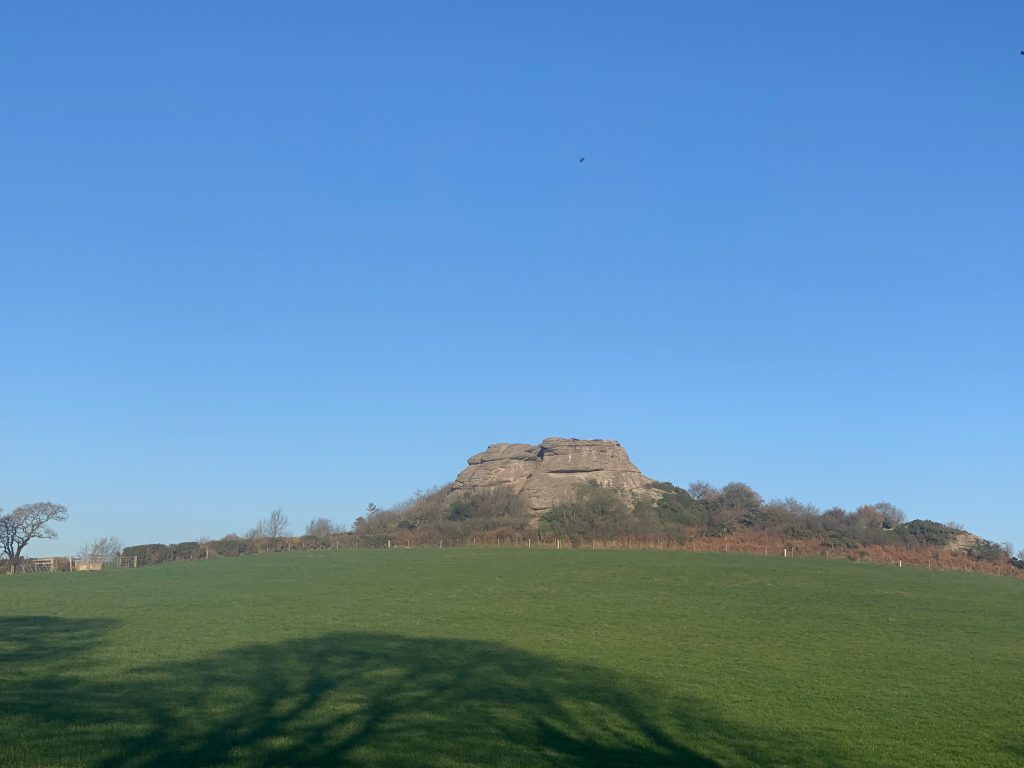 Once at the tor the route up is not as simple as Blackingstone. The only way is to clamber up – not for the faint-hearted! I’m afraid to say that this person was too much of a wimp to make the ascent and so, unfortunately, there are no photos of the magnificent views from the top. 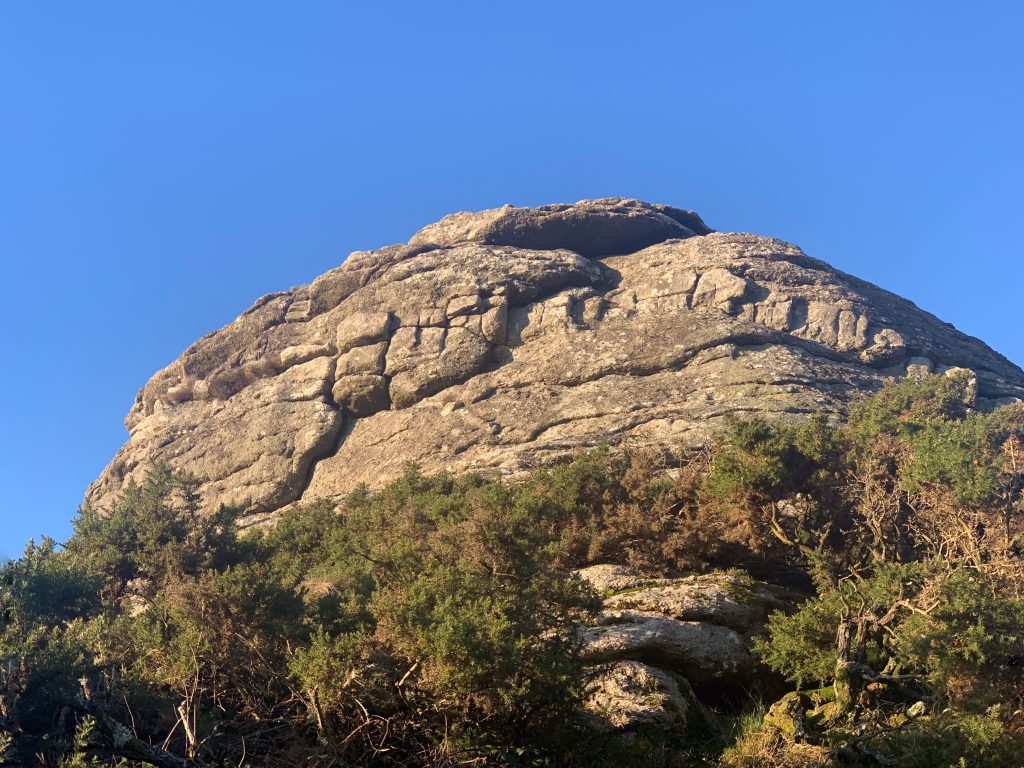 Castle Drogo – The last castle to be constructed in England is located in nearby Drewsteignton. Designed by the eminent architect of the day, Sir Edwin Lutyens, using stone from nearby Blackenstone quarry – maintained by the National Trust.

Tottiford, Kennick and Trenchford Reservoirs – Constructed in 1861 Tottiford is the oldest reservoir on Dartmoor. With a wealth of footpaths and bridleways the area is perfect for walking with or without a dog and if you fancy a spot of trout fishing why not book a slot at Kennick Reservoir.

Canonteign Falls – two sets of waterfalls, the natural and the impressive manmade falls built under the direction of the 3rd Lady Exmouth in 1890; which, incidentally, are the highest manmade falls in England. 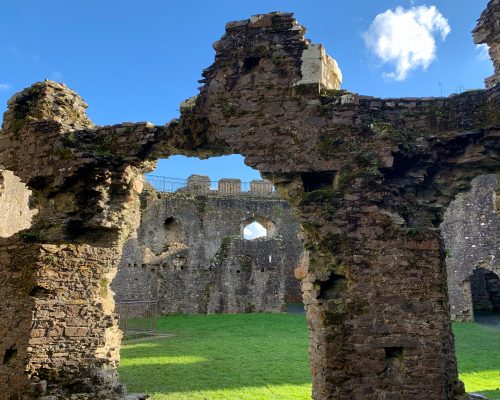 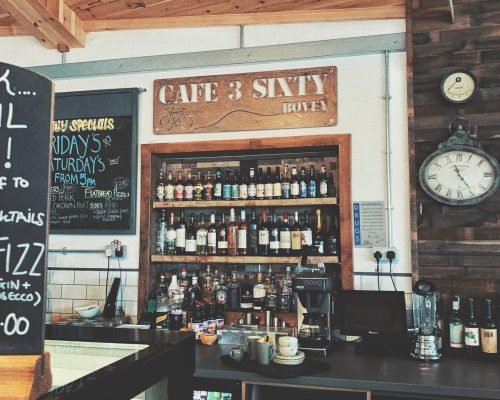 Cafe 3 Sixty Review: Is this the Best Cafe in Bovey Tracey?