Located on the outskirts of Dorchester is the somewhat austere house that the famous British author and poet, Thomas Hardy, designed for himself and his wife. It’s here at Max Gate where he wrote some of his most memorable novels and poetry and where they entertained numerous eminent personages of the day. Today the house is maintained by the National Trust and has a very informal feel to it – coffee and cake is a DIY affair with an honesty box! 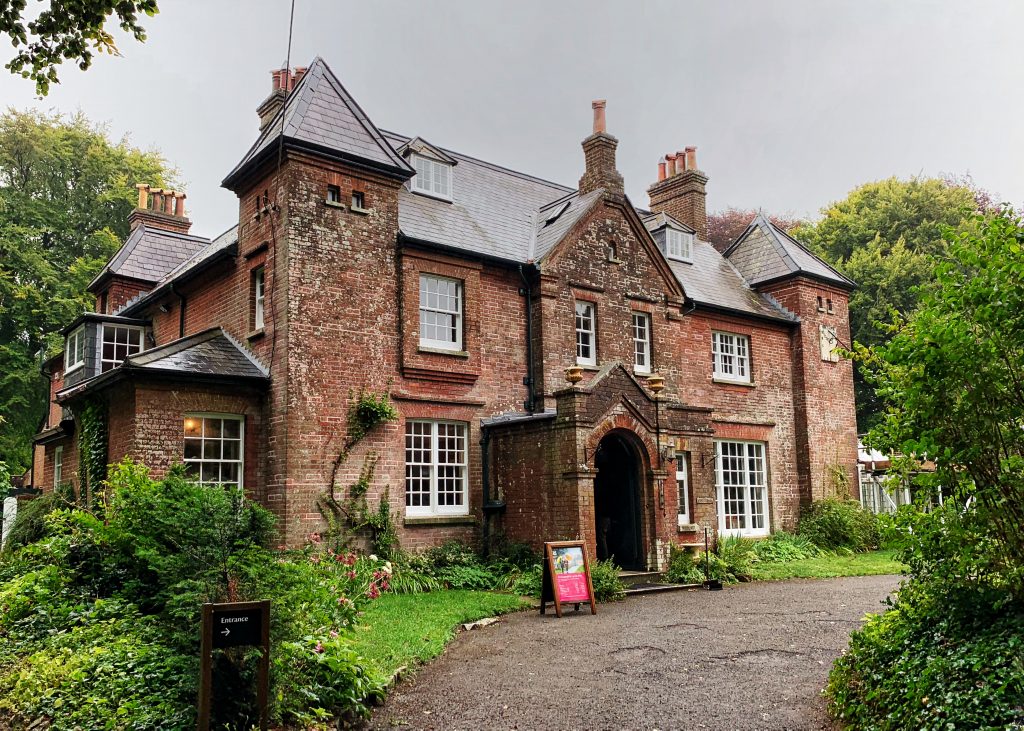 ’These Gothic windows, how they wear me out

With cusp and foil, and nothing straight or square’

It’s often overlooked that Thomas Hardy initially trained as a professional architect and is the only English author of note to have done so. His father was a stonemason and so Hardy grew up surrounded by ancient architecture which was to have a profound effect on his perception of the world.

He was apprenticed to a local architect, James Hicks of Dorchester, at the age of sixteen and then moved to London in 1862. It was here that he became an assistant architect to Arthur Blomfield who was one of the last great Gothic revivalists. In 1870, whilst restoring the parish church of St Juliet in Cornwall, Hardy was to meet his first wife, Emma Gifford (1840-1912). 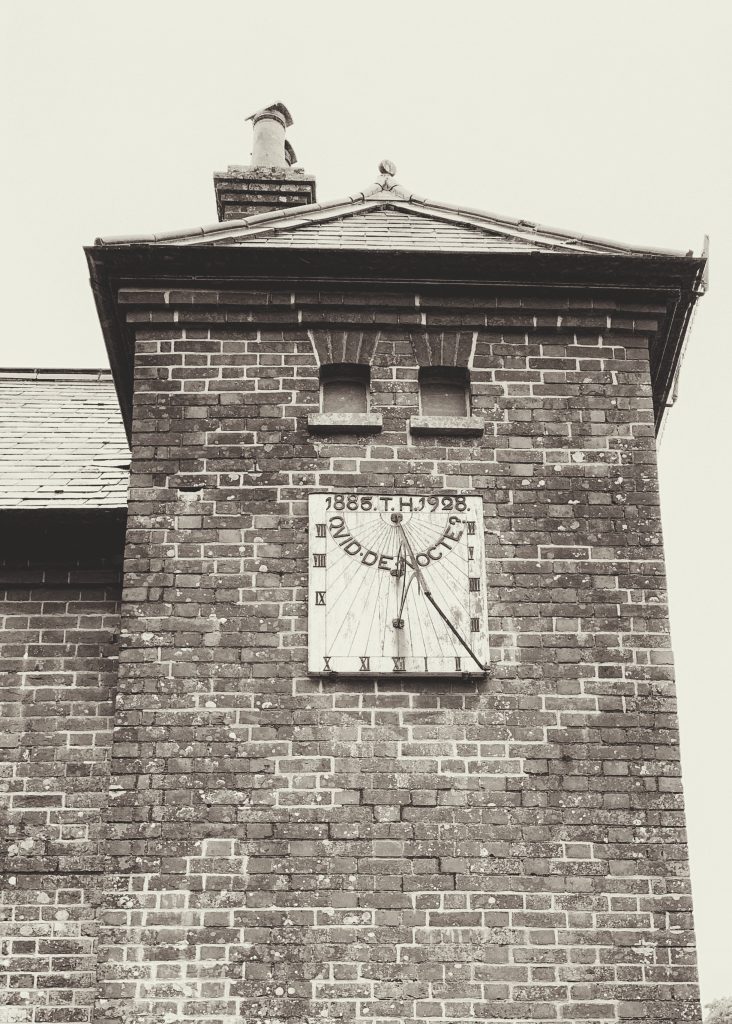 His love of architecture was to last throughout his life and had an important impact on his writing. The creation of his beloved semi-fictional Wessex, loosely based upon an ancient Anglo-Saxon kingdom that was united by King Alfred, was a theme that was to be repeated over and over and set the scene and tone for many of his novels and poems. He himself referred to Wessex as a ‘partly real, partly dream-country’.

The ancient architectural structures found within his Wessex became the cornerstone of his novels around which he created the plot, subplots and characters. Many of the place names are based upon actual towns or villages, such as Evered (Evershot) and Abbot’s-Cernel (Cerne Abbas) and fact becomes inextricably entwined within the fictitious nature of the novels. 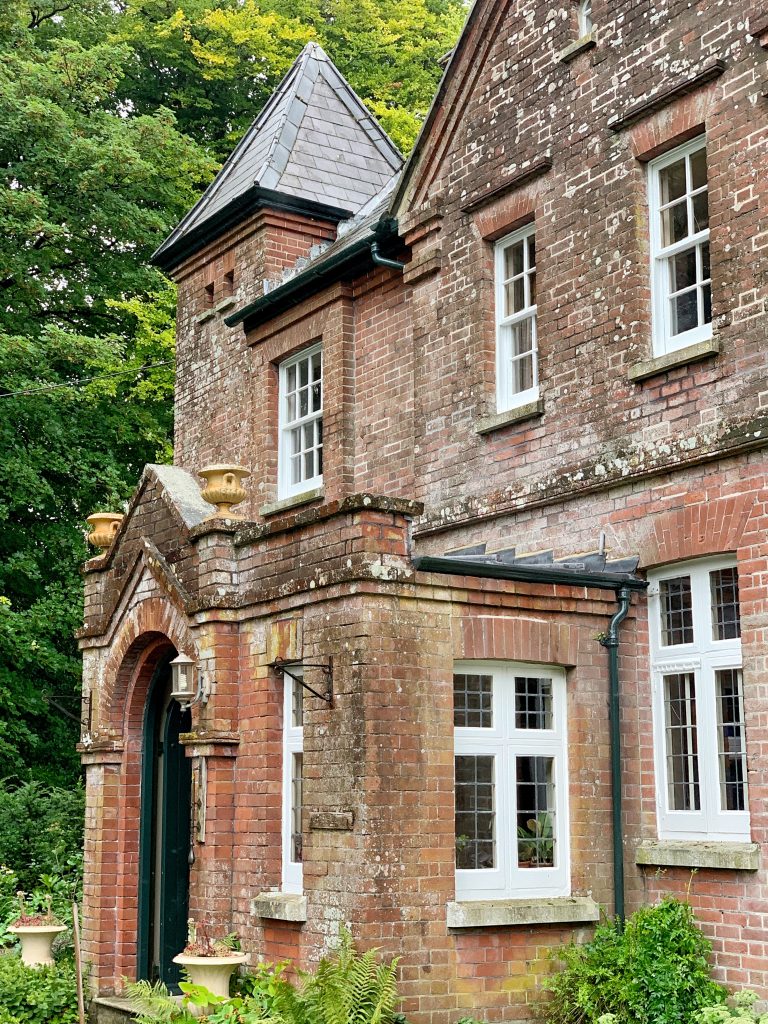 The Building of Max Gate

By the early 1870s, and so just in his early 30’s, Hardy abandoned his architectural career in order to pursue his writing. Consequently, there are very few architectural works that can be attributed to him apart from Max Gate.

It’s hard to believe when looking at the property now, but, Max Gate was originally built on the outskirts of Dorchester on an exposed and isolated spot. Crucially, it was to be situated within easy walking distance of his beloved childhood home – the humble family cottage at Higher Bockhampton. 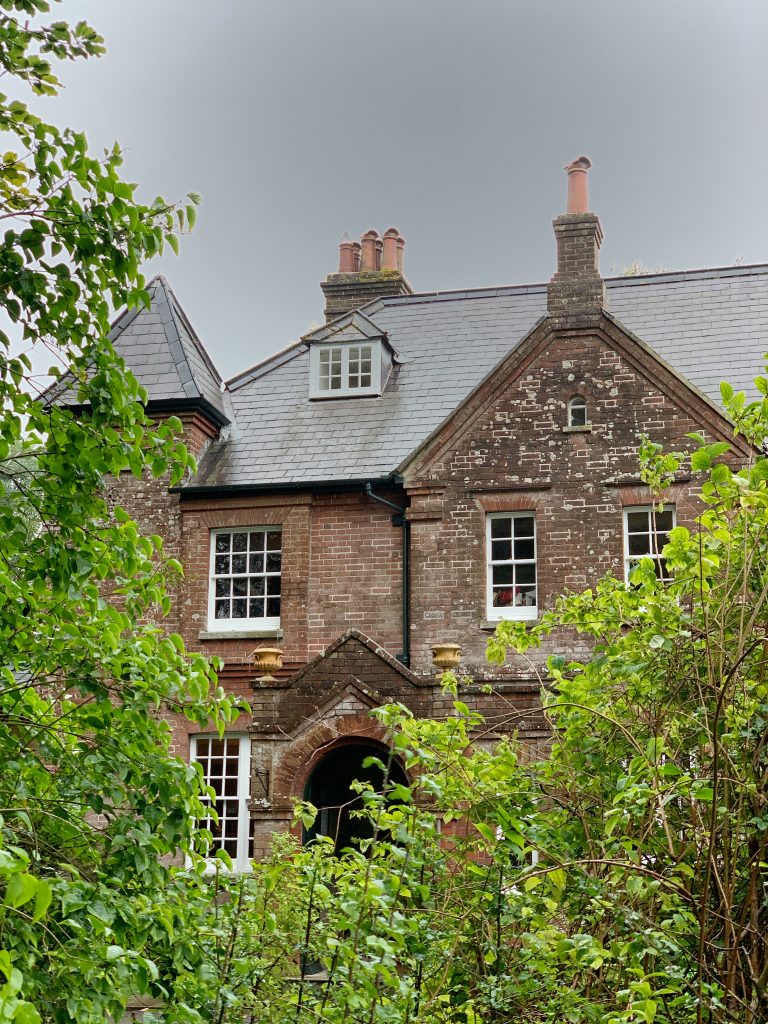 The house is named somewhat tongue in cheek as it was built upon the site of an old cottage that had belonged to Mack the tollgate keeper and was thus known locally as Mack’s Gate.

The Victorian Villa, designed by Hardy and built by his brother, was finally completed in 1885, when Hardy was forty-five,  and originally comprised of two reception rooms, two bedrooms, a study and an attic for the servants. However, as his fame and fortune grew so did the house, ending up as the somewhat sprawling affair that we see today.

It seems highly appropriate that the plot of land purchased by the man writing about the ancient structures of Wessex was, in fact, a site steeped in archaeological interest. Beneath the house and garden, there is a large Neolithic causewayed enclosure (c.3000BCE) and a Romano-British cemetery.

Below is an extract from the “Proceedings of the Dorset Natural History and Archaeological Society’ (Vol.11,1890) – ‘Some Romano-British Relics found at Max Gate, Dorchester’ by Thomas Hardy:

I have been asked to give an account of a few relics of antiquity lately uncovered in digging the foundations of a house at Max Gate, in Fordington Field. But, as the subject of archaeology is one to a greater extent foreign to my experience, my sole right to speak upon it at all, in the presence of the professional antiquarians around, lies in the fact that I am one of the only two persons who saw most of the remains in situ…’

Many of the artefacts that Hardy discovered are housed in the local museum at Dorchester but are, rather sadly, not on public display.

The Interior of Max Gate 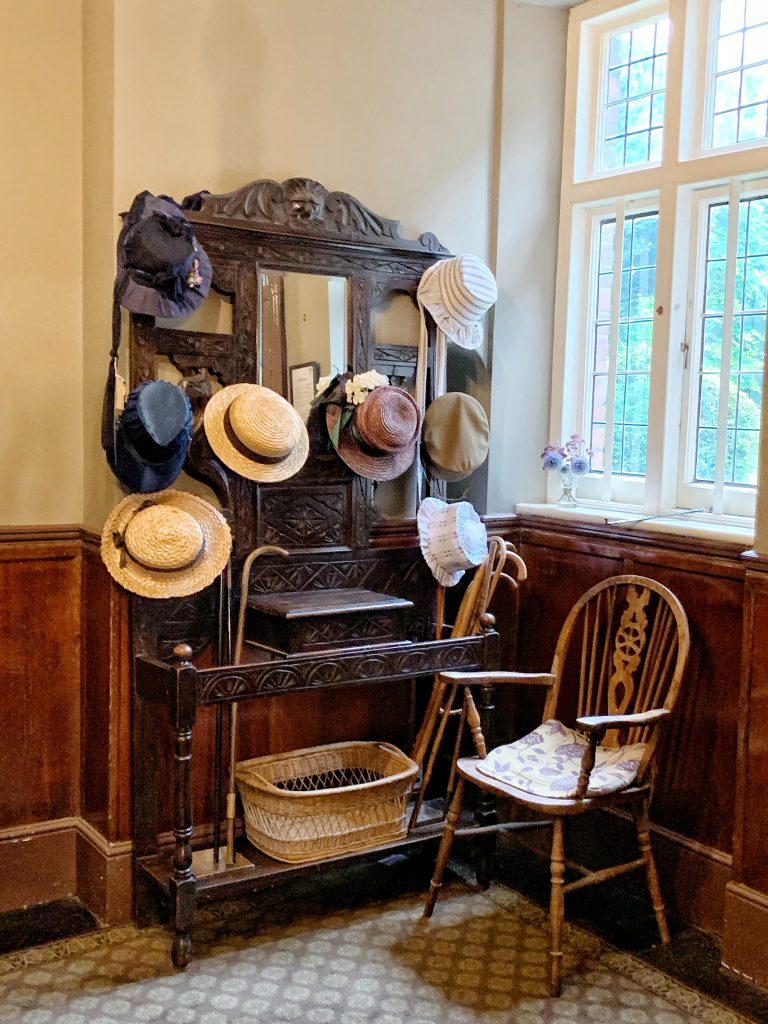 By 1885 Thomas and Emma had already been married for ten years and both were in their mid-forties. Their marriage, by this stage, was already on the wane due to a number of factors. The inability to have children certainly didn’t help matters, Hardy’s questioning of religion and the tension between Emma and her mother-in-law drove an even greater wedge between them.

Hardy sought emotional solace in other women and Emma withdrew into herself. During renovations of 1894-95 she asked Hardy to create her a personal space which resulted in the attic rooms that we see today.

‘(A) sweet refuge and solace (where) not a sound scarcely penetrates hither.’ 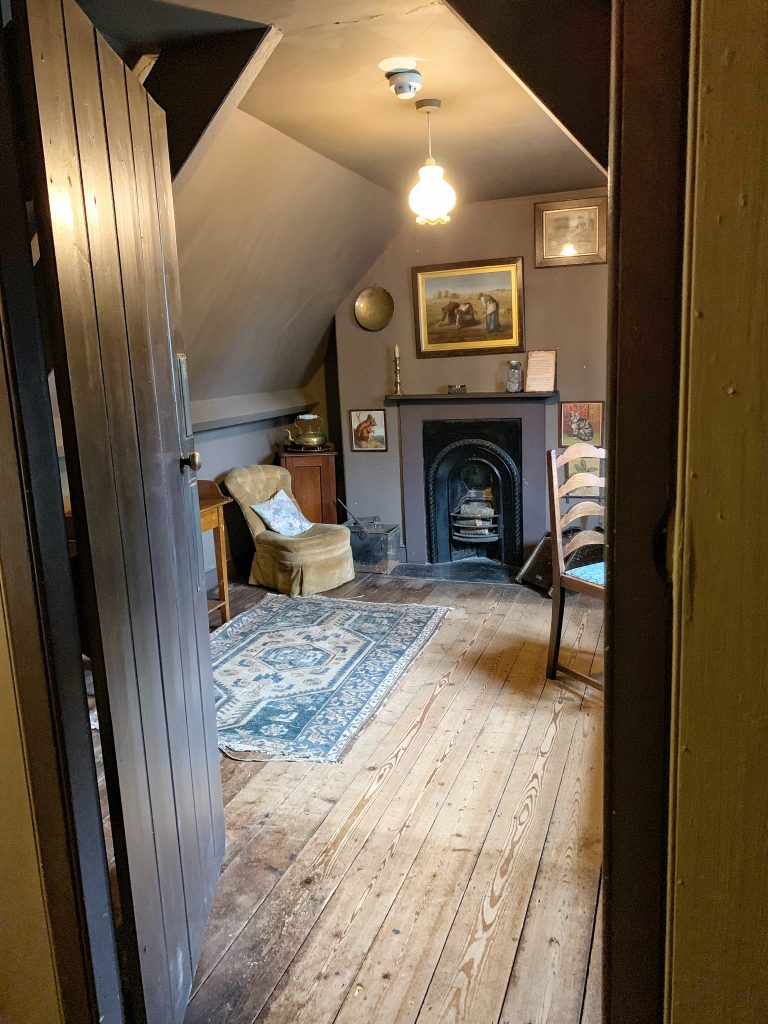 Emma initially used the pair of rooms as a place of sanctuary during the daytime. Somewhere to pursue her interests of painting, sewing and writing. By 1899 she decided to move her bedroom upstairs and spent even more time in her little garret.

Hardy was a supporter of women’s suffrage but it was Emma who was actively involved in the Suffrage Movement up until a small contingent started committing act of violence that she vehemently decried. In fact, in both 1907 and 1908, she went up to London and participated in large scale demonstrations. 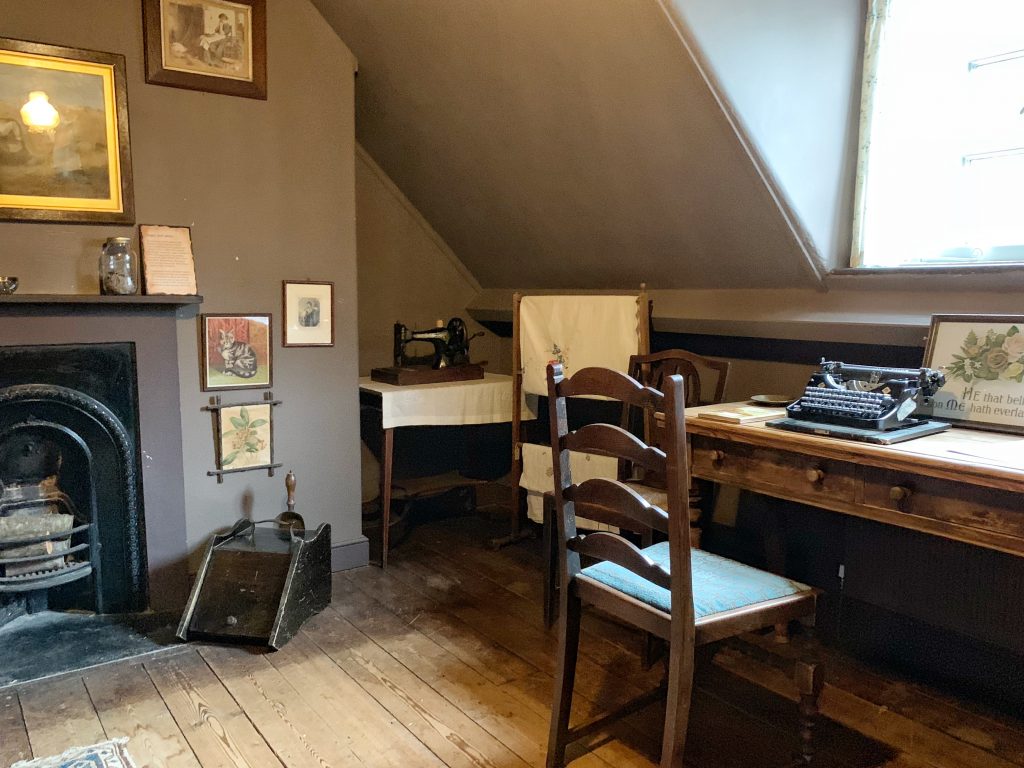 At the same time, 1894/5, as the construction of Emma’s Boudoir, Hardy built himself what was to be his third and largest study in the house. This was largely thanks to the proceeds from the two most recent books he had published. 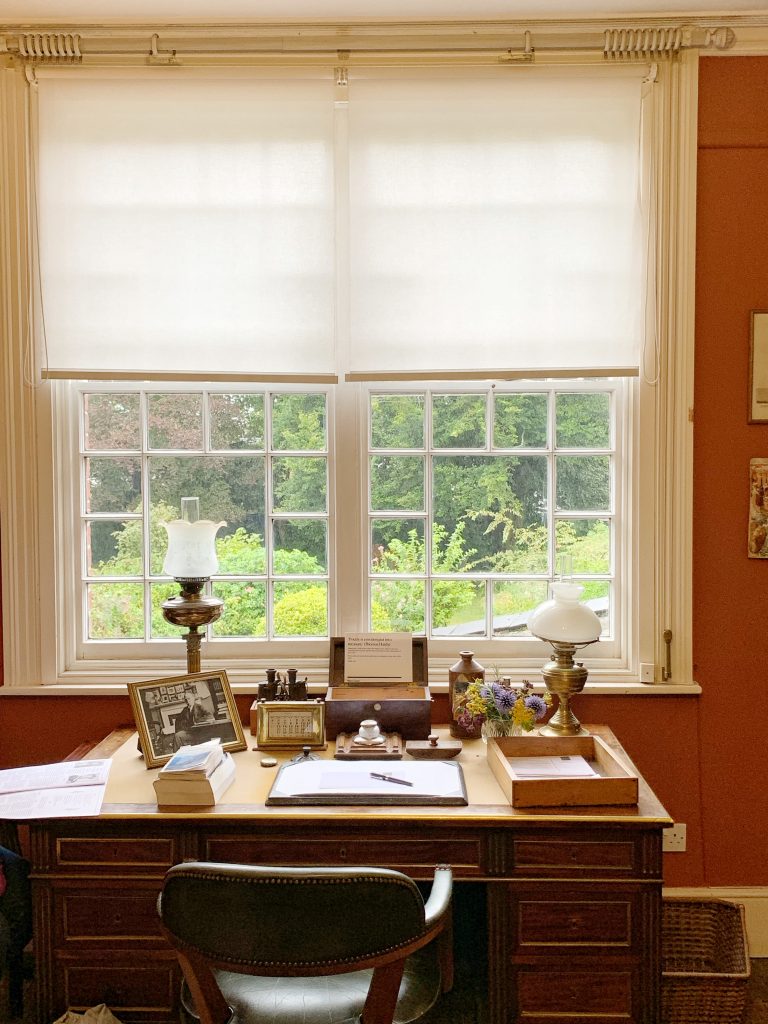 Tess of the d’Urbervilles: A Pure Woman Faithfully Presented was first published in  serialised form in the illustrated newspaper The Graphic, but was heavily censored and then finally published as a single uncensored volume in 1892.

The second book, Jude the Obscure, his last complete novel, was published as a magazine serial in 1894 and then as a complete book in 1895. It created even more of a public outcry than Tess and people were scandalised.

Closer to home, his greatest critic was Emma herself who, as a devout Christian, intensely disliked the book’s criticism of religion. She also worried that the relationship between Jude and Sue would be seen as a parallel to her own life with Hardy.

Financially secure Hardy was finally able to devote all his time to his foremost passion – poetry. It’s in this room that he composed much of his later poetry including his first published collection – Wessex Poems. The contents of the study, including the fireplace, were removed from Max Gate and donated to the Dorset County Museum in Dorchester after the death of Florence, his second wife, in 1937. 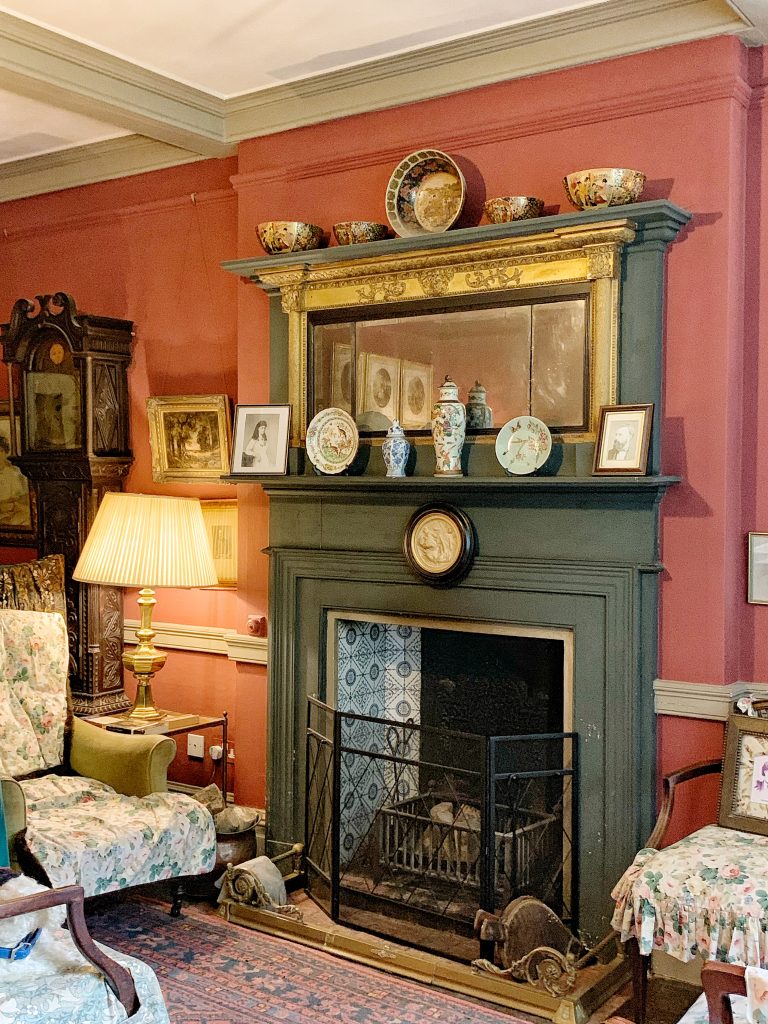 On the ground floor are the two reception rooms. The drawing room was also known as the Music Room and it was here that Hardy played the violin accompanied by Emma on the piano.

As mentioned before, most of the contents of the house were sold off in 1937 after Florence died. However, the delft tiles in the drawing-room fireplace were brought back from Holland, by Hardy, after a cycling holiday over there. 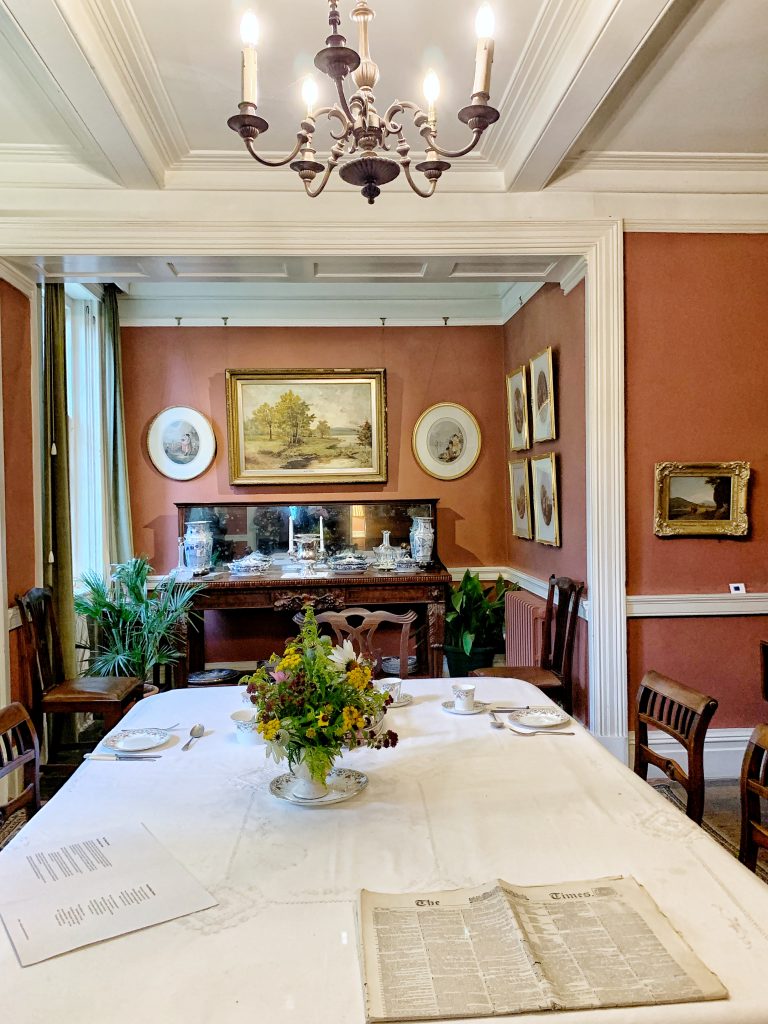 Eating in the dining room, despite its air of formality, was a rather unconventional affair in the Hardy household, especially in the later years when Emma became more and more eccentric. Henry Newton (1862-1938), historian, novelist and poet (perhaps best known for his poem about Drake’s Drum) described the time he spent dining at Max Gate thus:

‘I could see and hear Mrs (Emma ) Hardy giving W.B.Yeats much curious information about two very fine cats, who sat right and left of her plate on the table itself… Yeats looked like an Eastern Magician overpowered by a Northern Witch – I too felt myself spellbound by the famous pair of BlueEyes, which surpassed all that I had ever seen.’ 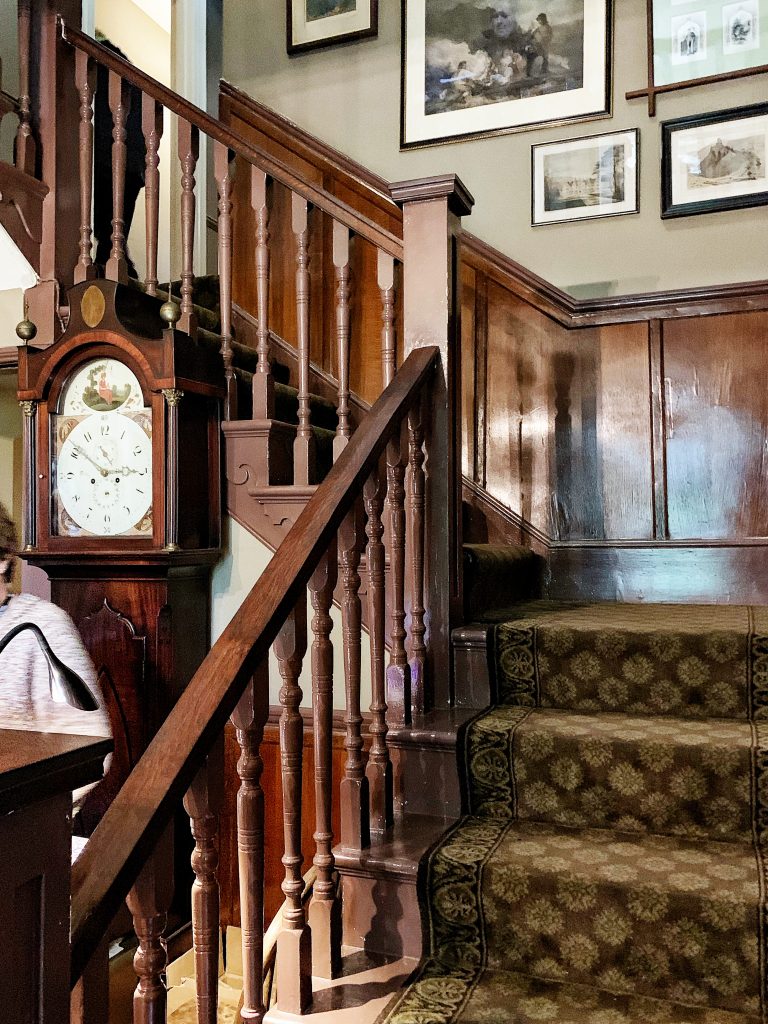 It seems that life, or at least the dining arrangements, remained somewhat out of the ordinary even after her death when Hardy remarried in 1914 to Florence Dugdale (1879-1937).

Lady Cynthia Asquith commented that Florence’s terrier, just like Emma’s cats before, was allowed to roam up and down the dining table. She happened to be dining at Max Gate the same time as the great Scottish novelist, James Matthew Barrie, creator of Peter Pan.

Thomas Hardy was to remain at Max Gate until his death on the 11th of January 1928.

* Please note that there is no parking at Max Gate itself and only limited roadside parking.

HARDY’S COTTAGE – A quaint cottage in Higher Bockhampton providing an insight into Hardy’s early life and the source of inspiration for his novel Under the Greenwood Tree.

DORCHESTER – A historic market town on the banks of the River Frome referred to as Casterbridge by Hardy. Occupied since Roman times there are a plethora of architectural styles within the town and a Roman Town House can be viewed at Colliton Park.

ATHELHAMPTON HOUSE AND GARDENS – a fine Tudor house with a Great Hall completed in 1485 – the same year as the start of the Tudor dynasty after the fall of Richard III at the Battle of Bosworth. Hardy renamed the house Athelhall in his short story The Waiting Supper and a number of poems including the Dame of Athelhall.

Enjoyed reading about how to visit Max Gate and things to know before visiting? Pin this article now, read it again later: 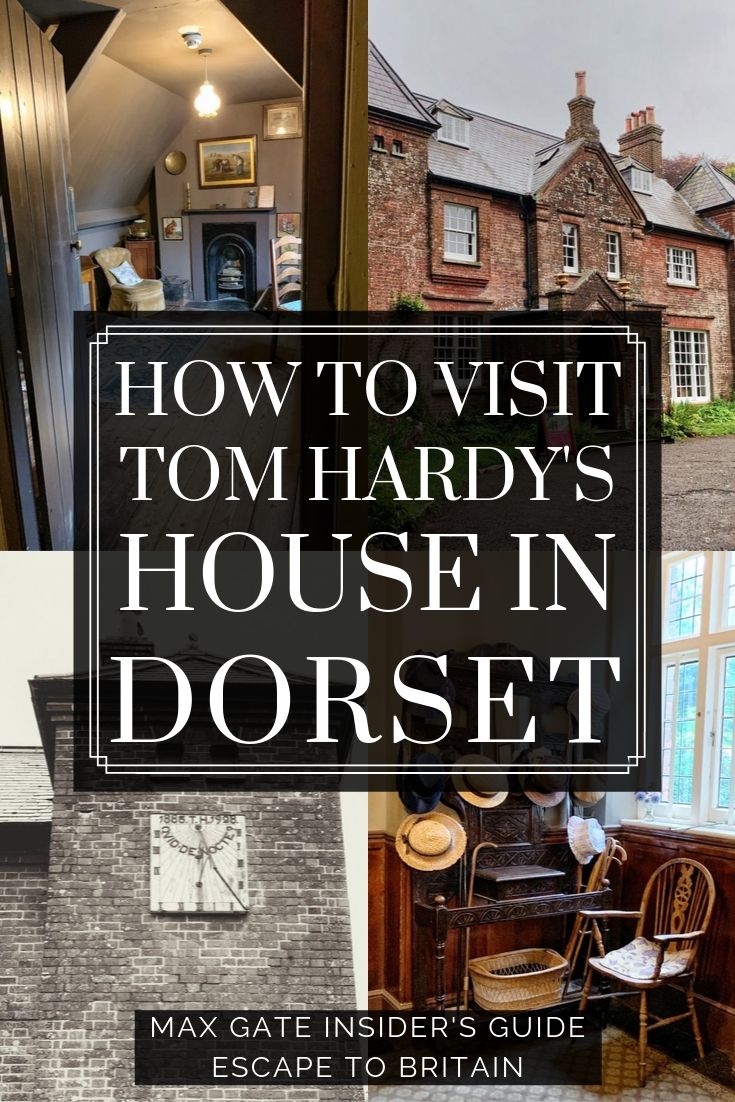 Compton Chamberlayne Guide: A Rural Village to Visit in Wiltshire
A Guide to Independent Topsham Shops in Devon 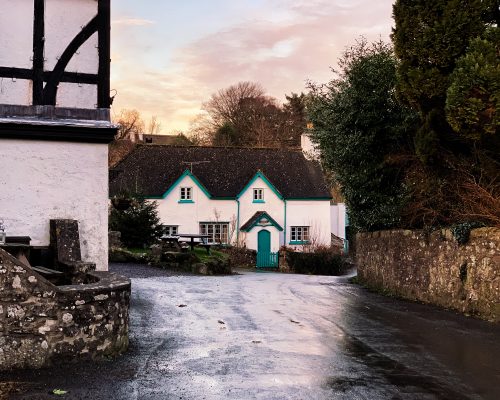 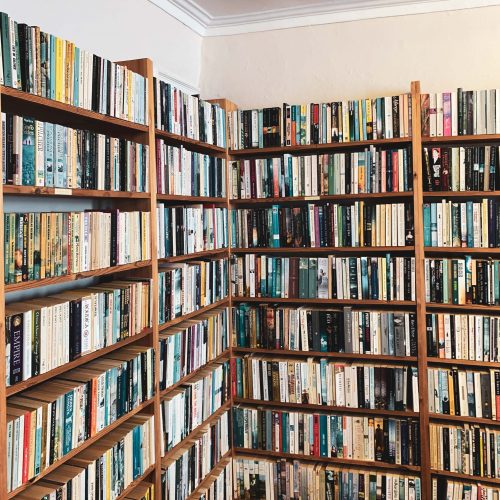 A Guide to Independent Topsham Shops in Devon

A Brief Guide to Kingston Deverill Church of St. Mary the Virgin

15 shares
escapetobritain.com is a participant in the Amazon Services LLC Associates Program, an affiliate advertising program designed to provide a means for sites to earn advertising fees by advertising and linking to Amazon.com. As an Amazon Associate I earn from qualifying purchases.