During a recent whirlwind trip to the West Midlands, a member of our team was able to go Gin Tasting in Stratford-upon-Avon, the birthplace of the iconic playwright William Shakespeare, with the Shakespeare Distillery Company…

While staying in the newly opened Hotel du Vin in the heart of the historic town, there was also a talk by the Director of the distillery, Peter Monks, who enlightened us as to the history of gin, as well as the more modern story of the rapidly expanding company.

After all, When it comes to gin in England, the tipple has a long and chequered history. From its origins in the Netherlands during the 17th-century to Hogarth’s 18th-century series, the Rake’s Progress, to the ‘gin palaces’ of the 19th-century, gin has been in the UK for well over three hundred years.

A brief history of the Shakespeare Distillery

First founded in 2015, Shakespeare Distillery labels itself as creating gin ‘with a historical twist’. While everything in Stratford-upon-Avon markets itself as deriving from the bard himself, the Distillery did not simply want to go with a run of the mill marketing scheme.

Instead, the gin is created purely by using botanicals and herbs which would have been found in a Tudor garden. What this means is a rich blend of juniper, rosemary, rose, and the like. The Distillery itself is housed within the Alscot Estate, an extensive plot of land whose roots date back to the Middle Ages.

Today, the actual ‘distilling’, bottling, distribution, and blending of the gin all happens in-house in a building constructed during WWII. The still is nicknamed ‘Portia’ after one of the plays from the Shakespeare play, ‘The Merchant of Venice’.

During our talk with the Director of the Shakespeare Distillery, Peter Monks, we had the opportunity to try several different gins paired with various tonics and beverages by the Fever-Tree company. When it came to each tasting, Monks described the distilling process, how each herb was infused, and how the ingredients related to those of Shakespeare’s time.

The classic offering from the company comes in the form of Stratford Gin. Perfectly paired with a standard tonic water, this gin is distilled with lovage, sage, rosemary, lemon balm, angelica root, and rose. It’s also worth noting that the Stratford Gin is used as a base for all of the other products the Shakespeare Distillery produces.

Sweet and perfect for those with a sweet tooth, Mulberry gin is created by steeping mulberries in Stratford gin over the course of several months. The Mulberry tree is well associated with Shakespeare, and he even planted one at his property in ‘New Place’.

In more recent months, the gin company has created a limited edition ‘New Place Mulberry Gin’ which is created using mulberries from the descendant of Shakespeare’s very own mulberry tree! The Mulberry gin was my personal favourite of the three as it was lighter drinking and could easily be paired with a variety of mixers.

The third and final gin we tasted during our talk with Peter Monks was the refreshingly summery tipple of Rhubard gin. The primary ingredient of this gin, as with the others, is the Stratford Gin. This is then blended with rhubarb juice, to create a sweet and easy to drink beverage (especially when served with ginger ale!) 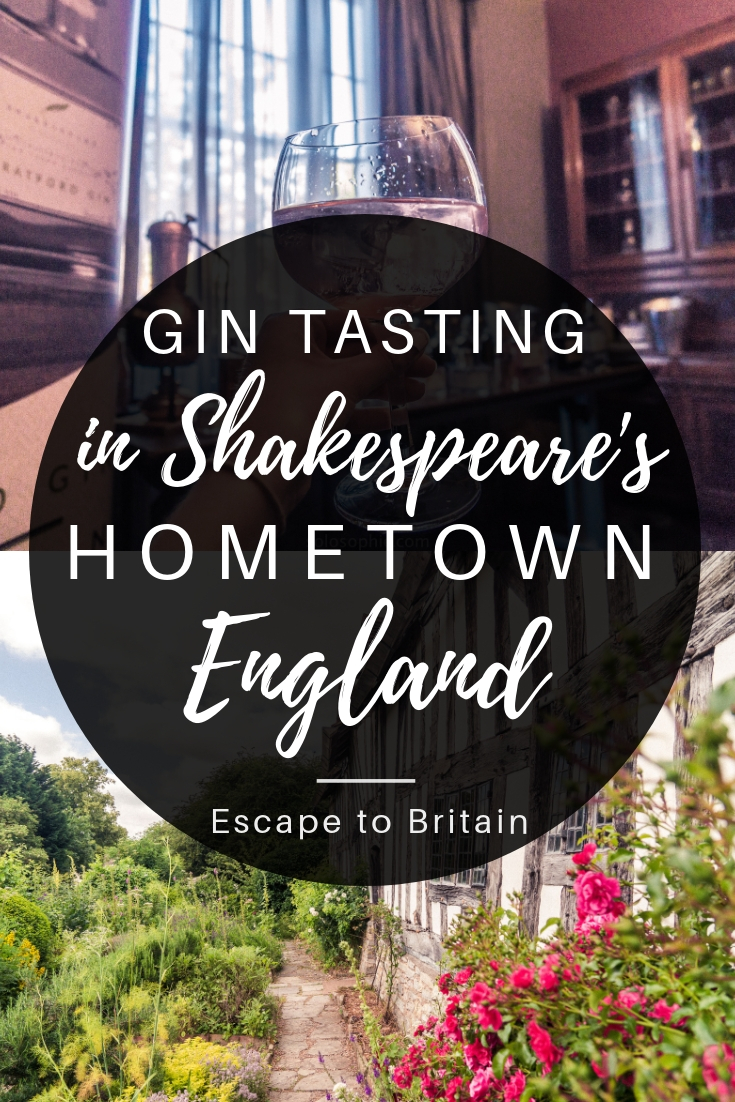 Thanks to the Shakespeare Distillery for the great experience (and getting the chance to sample some of the gins for ourselves!) All opinions, photos, and words remain those of Britscape.com 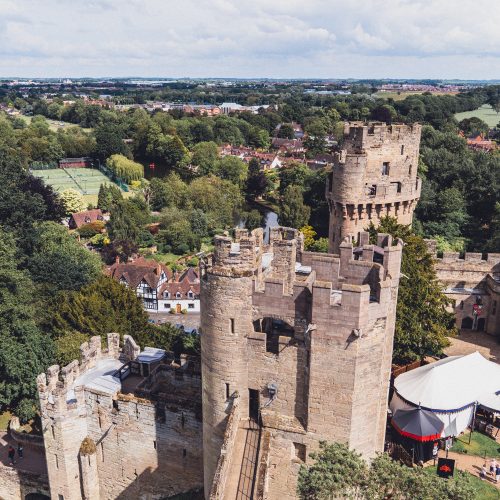 Here’s Where to Find the Best View of Warwick Castle

13 shares
escapetobritain.com is a participant in the Amazon Services LLC Associates Program, an affiliate advertising program designed to provide a means for sites to earn advertising fees by advertising and linking to Amazon.com. As an Amazon Associate I earn from qualifying purchases.