Alton Barnes is home to both the small village Church of St Mary that dates back to Anglo-Saxon times and an impressive white horse that was carved into Milk Hill  in the 19th century. The area is steeped in history going back millennia. In fact, the ancient track known as the Ridgeway, considered to be Britain’s oldest road, passes through the village. Here’s your guide to the best things to do in Alton Barnes, including how to visit the Alton Barnes White Horse, as well as what to know before you go!

The Village of Alton Barnes

Wiltshire is a county steeped in history going back millennia and the parish of Alton has it’s fair share of prehistoric sites. One of these is Adam’s Grave, a neolithic long barrow that can be discovered less than a mile from Alton Barnes and may have links to the Avebury monument.

Alton Barnes is a small village located some six miles east of Devizes and situated within the Vale of Pewsey. The village was mentioned in the Domesday Book (1086), as Aulton, a manor held by Edward of Salisbury, a nobleman and tenant-in-chief, who may well have owned the land prior to the Norman Conquest. Who knows, he may even have been instrumental in constructing the Church of St Mary the Virgin?

The Church of St Mary the Virgin, Alton Barnes

As mentioned, the charming small church of St Mary has its origins dating back to Anglo-Saxon times but little of this is visible today after much restoration work throughout the centuries.

The blocked round-headed doorway on the north side, as seen in the photo above, is perhaps romanesque as are the ‘long and short’ stone corner quoins and the pilaster strips (seen on the exterior) dividing the nave wall into four sections.

The diminutive church consists of just a nave and chancel and the latter was rebuilt in red brick in 1748 for Nicholas Preston.

Interior of the Church at Alton Barnes

The Saxon Chancel Arch was sadly removed during build work in 1832 but the impost mouldings, at the lower end of the arch, date to the 11th/12th century. Much of the interior furnishings were installed in the 18th century apart from the present pews which are a later addition date from the 19th century.

The rather quirky gallery is Georgian as is the font, which to be frank, would not look out of place as a birdbath! There are numerous small wall tablets and brass memorials dating from the 17th to 19th centuries.

Apart from the Victorian stained glass in the east Chancel window there is just one other small piece of stained glass pane that is a memorial to one of the previous rectors of the parish and dated 1737.

Milk Hill is home to the Alton Barnes White Horse and takes the accolade for being the highest point in Wiltshire standing at some  968 feet (295m) above sea level. This makes it the second highest chalk hill in the whole of Britain. The adjacent Tan Hill is just 3 feet shorter (1 metre)! Both the hills are part of the chalk North Wessex Downs and the whole area is deemed an Area of Outstanding Beauty.

The view from the top of the Downs is both panoramic and extensive and on a clear day it’s possible to spot the Black Mountains in Wales to the North West.

The Hill has also become famous, in the last few decades, as a place to spot crop circles; a phenomenon where intricate strange geometric patterns appear on farmers’ field when no one is watching, usually overnight. The largest crop circle to ever appear at Milk Hill was in 2001 and covered a diameter of 780 feet (238metres) and comprised of 409 circles.

Numerous books have been written on the subject and there are many hypotheses as to how these strange patterns are created with many people believing them to just be elaborate hoaxes. They’re actually a major pain for the farmers as the flattened crop is totally ruined.

The chalk downland of Wiltshire provides the perfect conditions for cutting chalk figures into the landscape. There are at present eight remaining white horse hill figures within the county, a number of others have been lost through time and reclaimed by nature.

Some of these horses were cut for commemorative purposes such as coronations etc. but, quite why the others, including the horse at Alton Barnes, were constructed is less clear… Maybe it was a hill-wide message to the beyond, or perhaps it was simply some impossibly large graffiti!

Anyway, the Alton Barnes horse was commissioned by a local farmer, Robert Pile, and was cut in 1812. A white horse at Pewsey, was cut in 1785 some twenty-seven years earlier and commissioned by a Robert Pile. It’s not clear whether this was the same person or perhaps a father and son with the same christian name, but they obviously had a passion for hill art. (This original horse at Pewsey was lost to posterity and a new one cut in 1937).

The Alton Barnes horse, known locally as Old Adam measures approximately 160 feet long and 180 feet high and can be seen for miles around.

Marlborough – A vibrant market town steeped in history and full of independent shops and galleries. For more information on this pretty town, be sure to check out our guide to the best things to do in Marlborough.

Avebury – is a UNESCO World Heritage site and one of the most well known prehistoric sites in Britain. The area is maintained by the National Trust as is much of the village that has been built amongst the henge and stones including Avebury Manor. The property is open to the public and was the subject of the BBC series The Manor Reborn which documented the refurbishment of both manor and garden.

Silbury Hill – an impressive gigantic manmade chalk mound within close proximity of Avebury and part of the UNESCO site.

West Kennet Long Barrow – an ancient Neolithic tomb that is one of the largest of its kind in Britain and one of the very few that the interior can be accessed by the general public. There’s an 800m walk across farmland from the parking lay-by to access the Barrow.

Enjoyed reading about the white horse of Alton Barnes and Alton Barnes Village? Pin it now, read it again later: 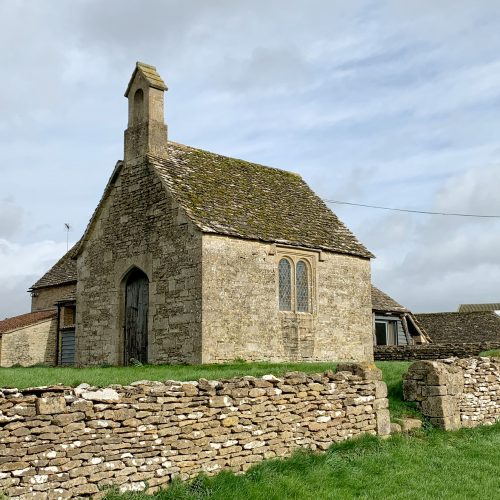 7 Reasons You Must Visit the Cotswolds On Your Next England Trip!