King Arthur’s Hall is a curious solitary monument located on a wild and isolated area of Bodmin Moor in Cornwall. Nobody is certain why it was built or even when, but, the popular belief is that it was constructed either during the late Neolithic or Early Bronze Age. 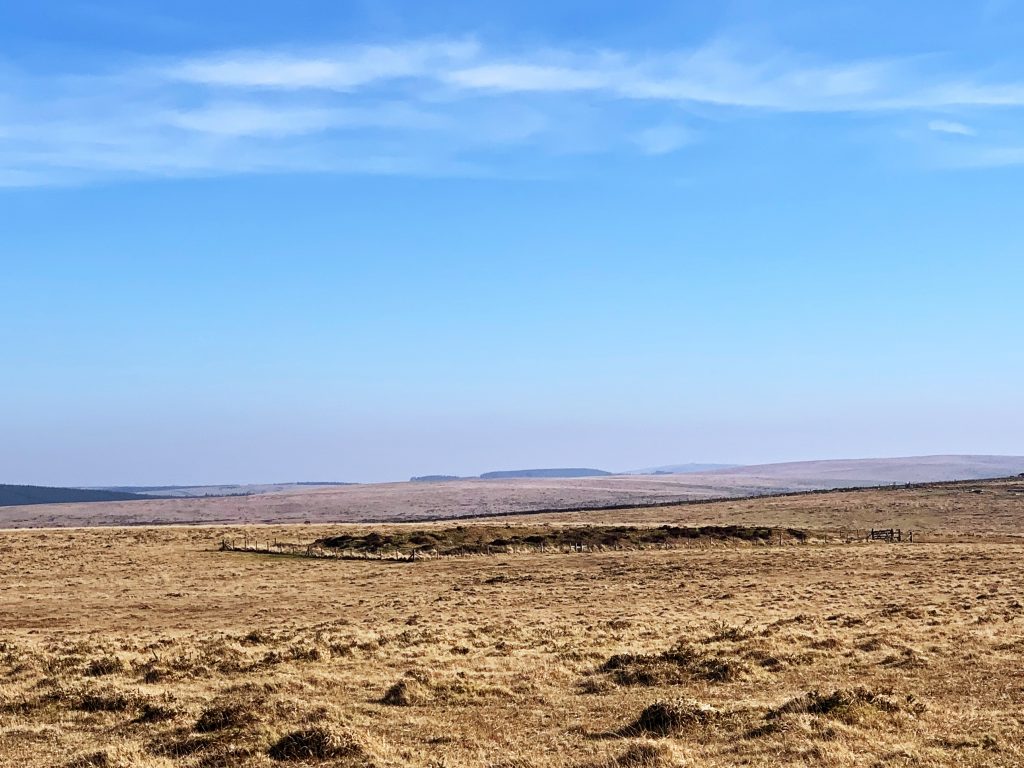 Bodmin Moor is a magnificent remote granite moorland akin to neighbouring Dartmoor in Devon which is just twenty odd miles to the east as the crow flies. It contains a wealth of ancient sites dating to the late Neolithic period and the Bronze Age including hundreds of hut circles, cairns, barrows and a number of stone circles such as the Trippet Stone Circle near Blisland. 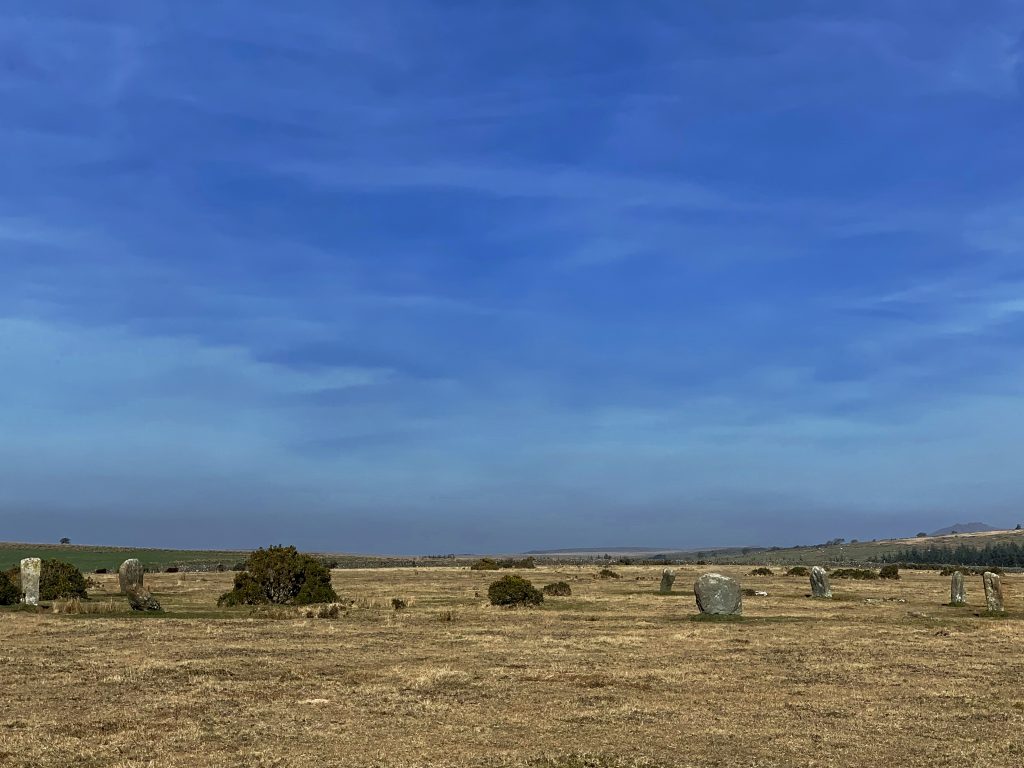 With such a high density of early hut circles in the surrounding area, such as Louden Hill, Black Tor and nearby Rough Tor, it’s not a great stretch of the imagination to imagine that the site known as King Arthur’s Hall located on its namesake King Arthur’s Common was most likely an area of great significance to the early settlers. 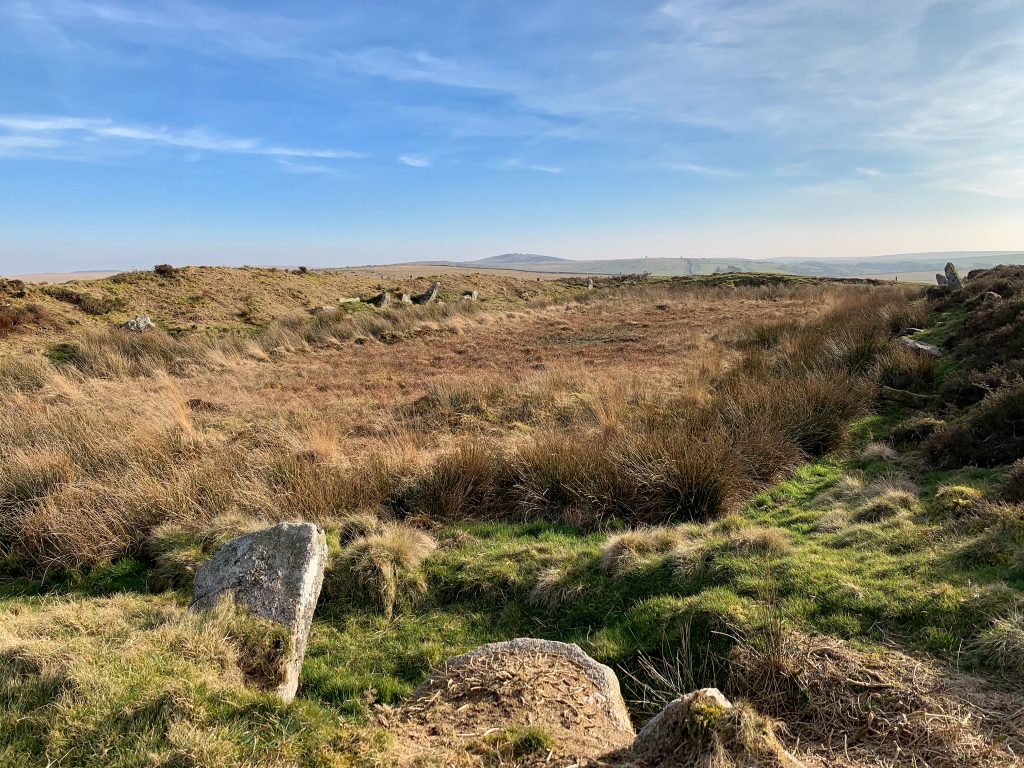 The megalithic structure is built in a rectangular shape and measures approximately 65 feet by 150 feet. A large bank of earth surrounds fifty-six stones ranging in height from 2-7 feet which would have originally all stood upright, but, it’s believed numerous others are now hidden beneath the bank where it has collapsed in areas. 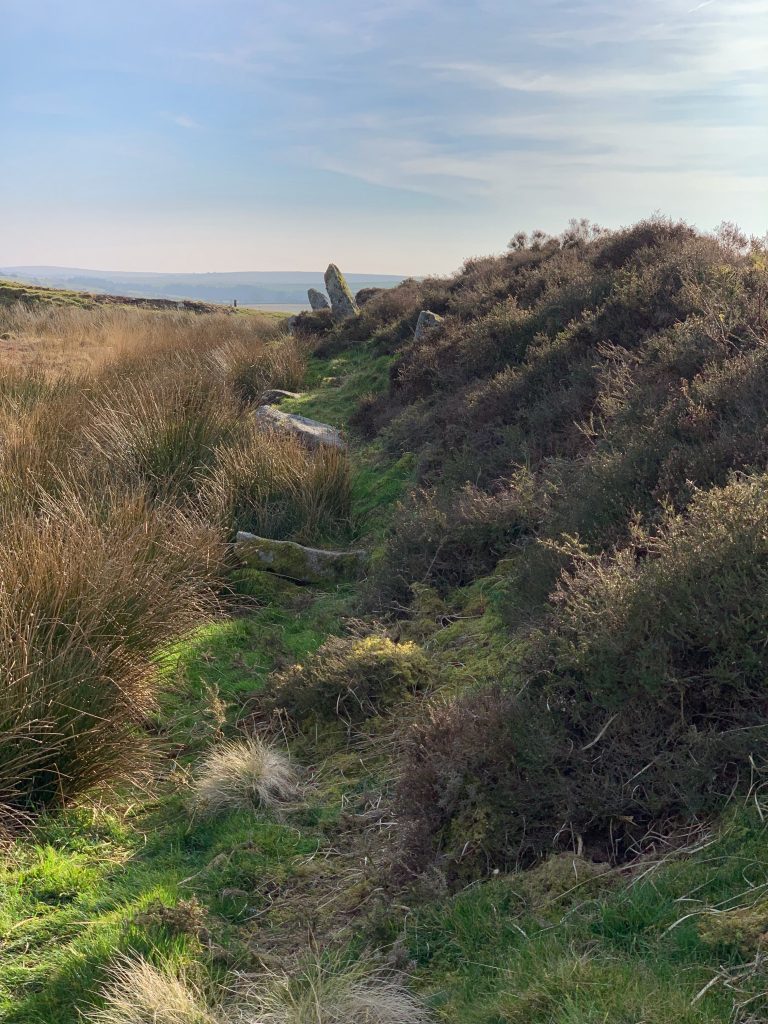 The interior of the enclosure is filled with a sedge grass that thrives in shallow wet ground and reveals that the area is nearly always damp but whether this is by design or through silting up over the centuries is impossible to tell. One theory is that that the enclosure was built and ‘tanked’ to store water perhaps for ceremonial and ritualistic purposes another more gruesome theory is that it was a mortuary. 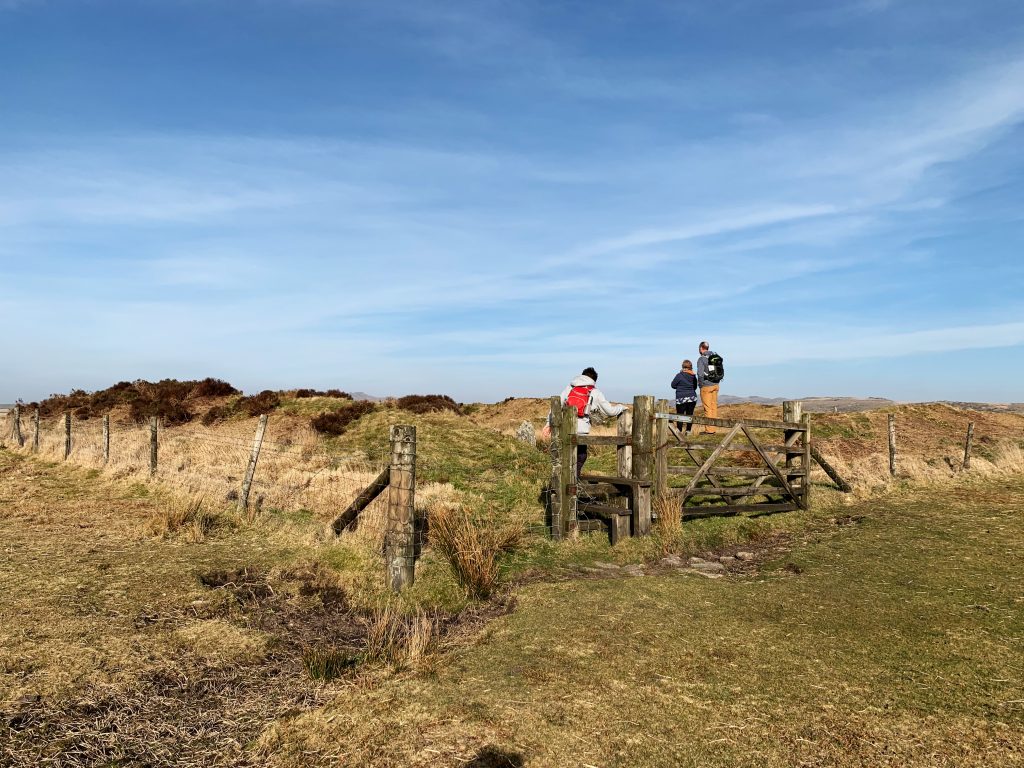 King Arthur’s Hall is now fenced off and accessed via a stile as much of the damage to the area has been caused through livestock trampling the ground throughout the centuries to reach the water within. 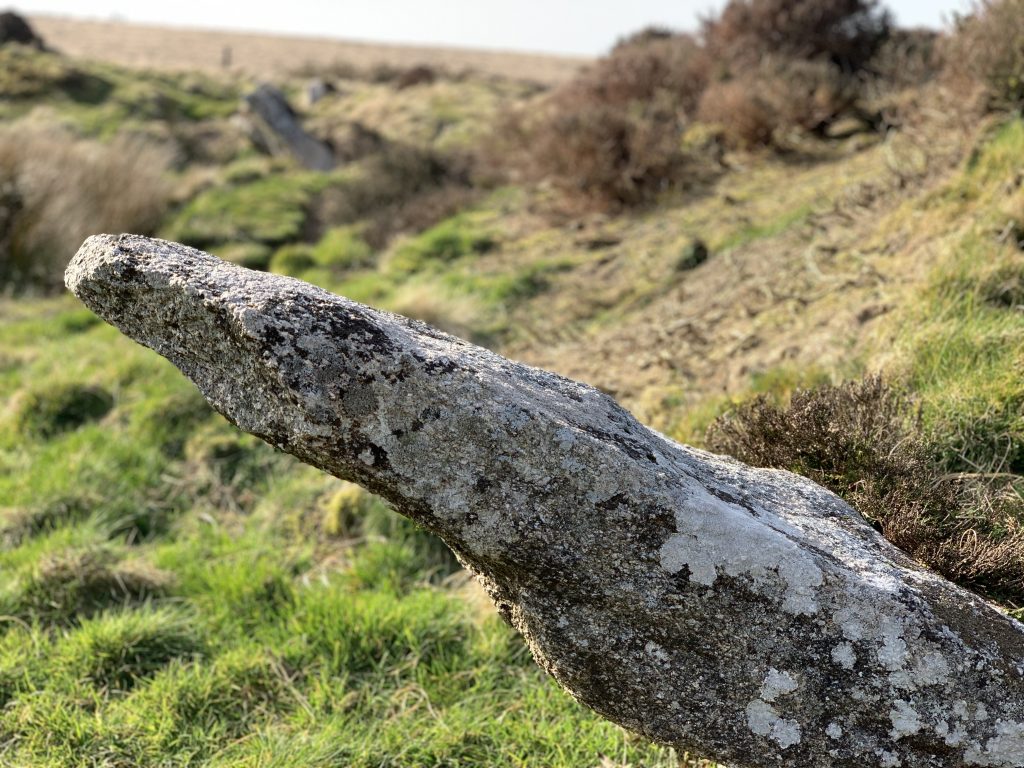 Myths and legends of King Arthur abound in the British Isles and perhaps none more so than in Cornwall itself with Tintagel as Camelot and the nearby Dozmary Pool on Bodmin claiming to be home to Lady of the Lake and the legendary sword – Excalibur.

With so many myths and legends relating to the immediate area it’s not surprising that such an unusual landmark ended up being associated with King Arthur and one of the numerous places that he allegedly visited. 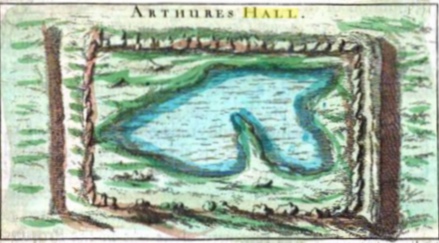 Engraving by John Norden in his Speculi Britanniae – Cornwall showing the site filled with water.

The first written evidence of this was documented by the cartographer John Norden  (c.1547-1625)  in his Speculi Britanniae – A Topographical and Historical Description of Cornwall written in 1583 but not published until 1720!

‘Arthures Hall, A place so called, and by tradition held to be a-place wherunto that famous K. Arthur resorted: It is a square plot about 60 foote longe and about 35 foote broad, situate on a plane Mountayne, wrowghte some 3 Foote into the ground; and by reason of the depression of the place, ther standeth a stange or Poole of water, the place sett rounde aboute with flatt stones in this manner.’

The fact that John Norden mentioned King Arthur’s Hall in his atlas at all is surprising and to have such a lengthy description plus an engraving as well is quite remarkable.

The monument lies close to a medieval boundary bank that separated the ancient manors of Blisland and Hamatethy and is still clearly visible today. 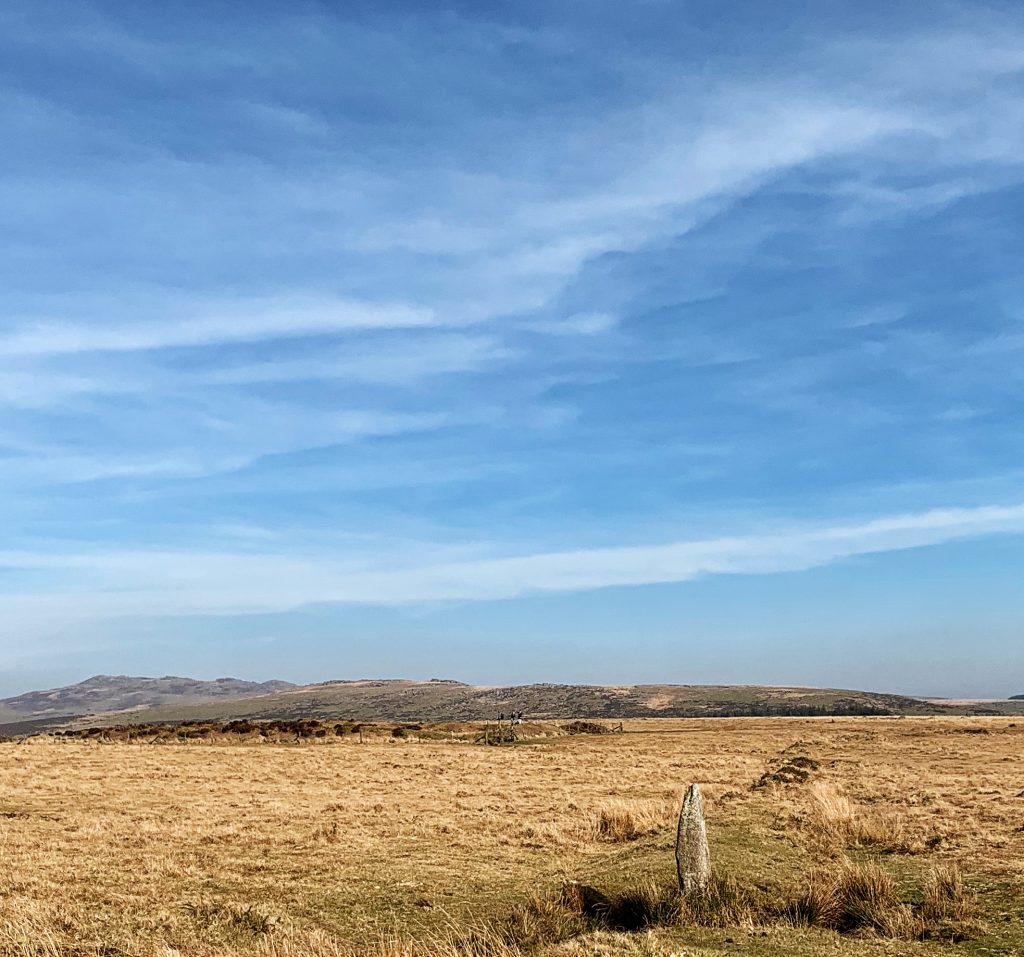 A theory was put forward that King Arthur’s Hall was, in fact, a Medieval Pound or Enclosure to contain livestock. However, when looking at the stones and viewing the detail and sheer effort that has gone into creating the structure this seems highly unlikely.

The fact that is has been liable to flooding since at least the 16th century also makes this improbable. Whatever the reason for creating this unique structure one thing is absolutely certain: King Arthur’s Hall is most definitely worth a visit!

Blisland – An attractive village dating back to the Domesday with a stunning church and a quirky pub that offers ales unique to Blisland.

Cheesewring – A stack of rocks said to have been created by giants. Similar to Bowerman’s Nose on Dartmoor.

Launceston – With many sites to visit including the Castle, Church and Museum Launceston, on the eastern edge of Bodmin Moor, is well worth a visit.

Trippet Stone Circle – Just one of the numerous prehistoric sites to visit in the near vicinity of Bodmin moor and its surrounds. 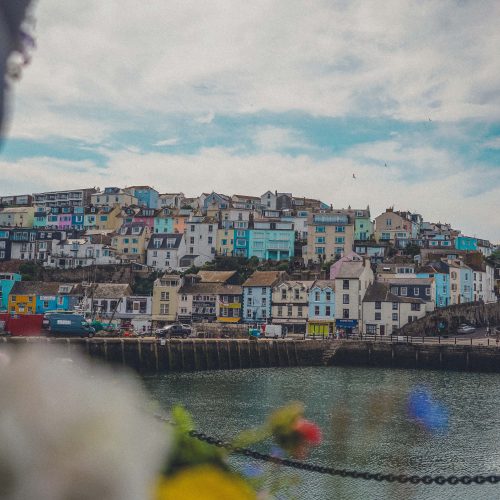