Once a thriving market town in the heart of South Devon, today Newton Abbot is likely not at the top of most traveller’s bucket lists. However, scratch beneath the surface of this Devonian settlement and you’ll soon discover that there’s plenty of history and several quirky attractions to be discovered. Here’s your guide to the best of secret spots, hidden gems, and unusual things to do in Newton Abbot! 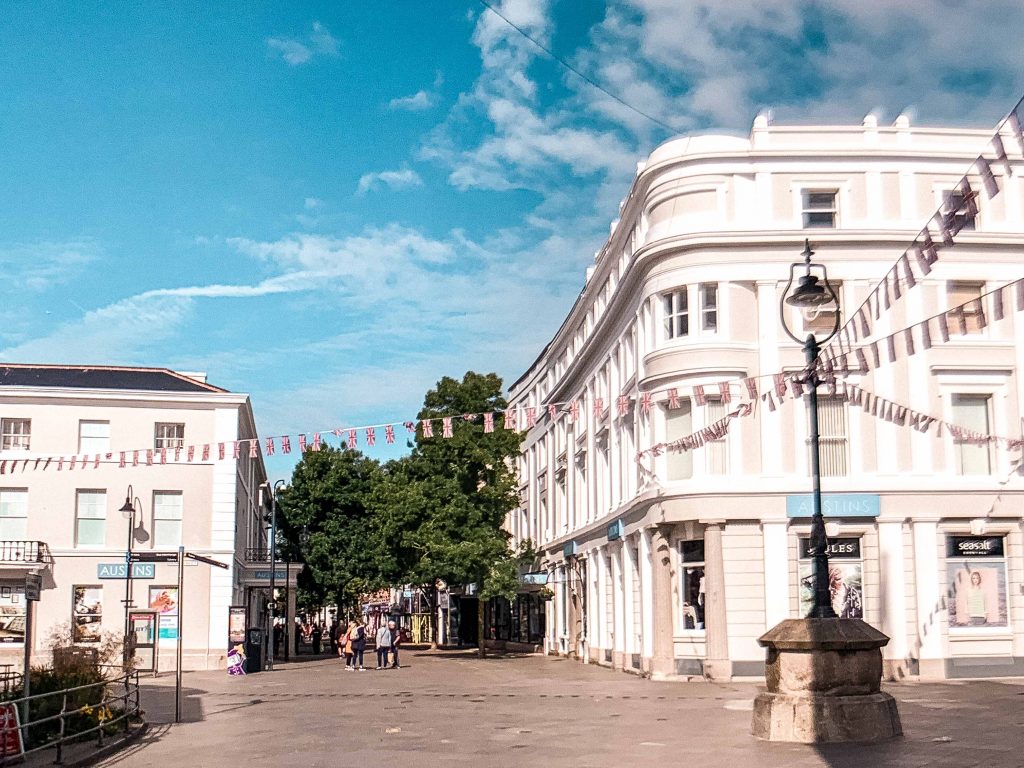 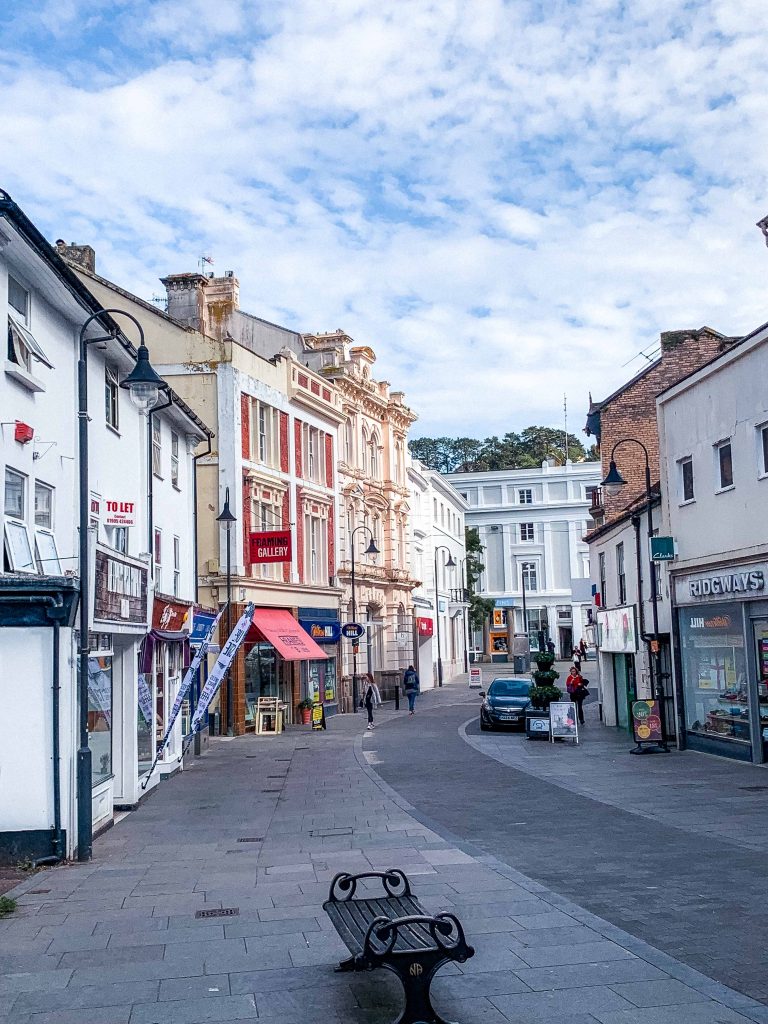 Owned and operated by the National Trust, many visitors to Newton Abbot miss out on Bradley Manor in favour of more famous and popular nearby NT trust houses such as that of Compton Castle or the last Castle Built in England, Castle Drogo.

However, if you’re looking for the best of Newton Abbot, then missing out on a visit to this medieval manor house would be your first mistake. After all, surrounded by swathes of woodland and lush green grassy areas, visit Bradley and you’d be forgiven for forgetting that you’re actually in the heart of a lively town.

Today, the house remains one of the more complete manor houses of medieval Devon and even boasts a chapel that dates back to the 15th-century. Other highlights include pre-Raphaelite and Arts and Crafts furniture. As with other National Trust properties, members go free, while there’s a small fee for non-members. Check out more details such as opening times here. 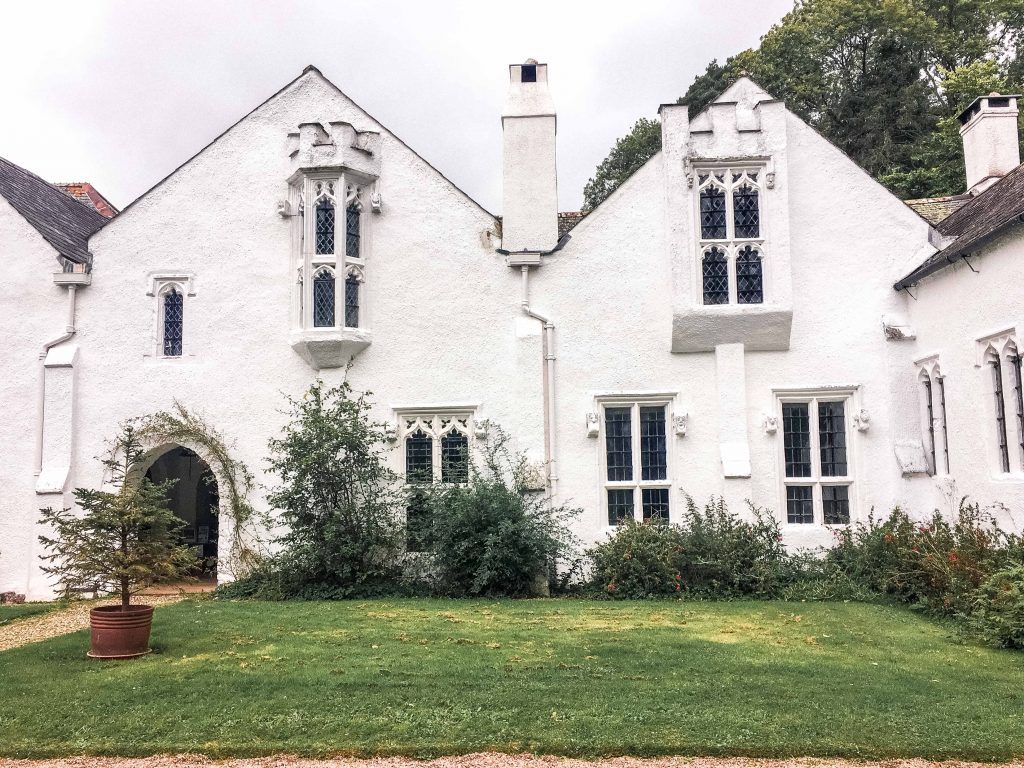 Situated in the historic district of Wolborough, a small settlement up on the hill above Newton Abbot which was once a village in its own right but has since been absorbed into the fabric of the market town, the area is characterised by its wooded nature and many imposing Victorian abodes.

But truth be told the hidden gem of this area is Wolborough church, a stunning Gothic masterpiece boasting a fantastic painted rood screen (that’s easily one of the finest in Devon), many a stained glass window, and some stunning wooden carvings.

Unfortunately, if you want to visit Wolborough church then you should know that the ecclesiastical building is largely closed to the public during the week and so can only be visited should you attend a service on a Sunday. Alternatively, the church also holds regular seasonal services across the year, including a carol service which is typically held a couple of days before Christmas Day. 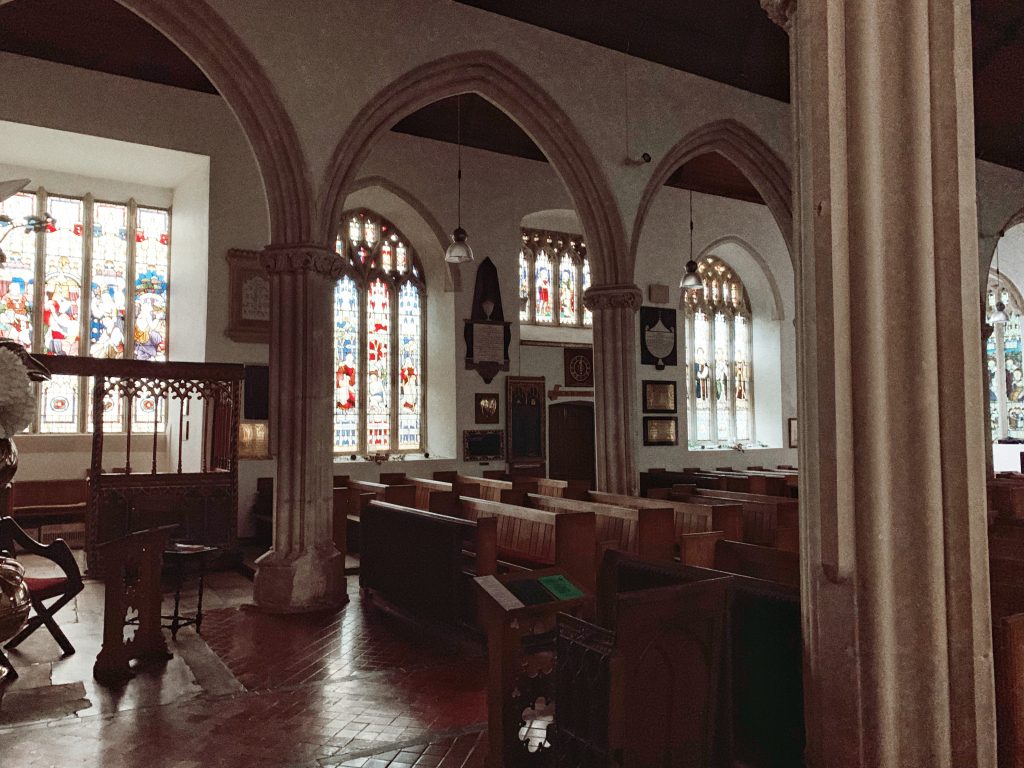 Affectionately known locally as simply ‘the Clock Tower,’ this towering structure can be found steps away from the premises of Newton’s most famous department store, that of ‘Austin’s’. Constructed in the early 12th-century, this architectural masterpiece has since become a symbol for the entire town.

Like many such towers (notably in the City of London), St Leonard’s would have originally been part of a much larger ecclesiastical building, in all likelihood a chapel dedicated to the Saint of which it still bears the name. Perhaps rather excitingly, history buffs and tourists alike can actually visit the tower from May to September on Wednesdays 10.00 a.m. – 1.00 p.m (as well on some Saturdays). 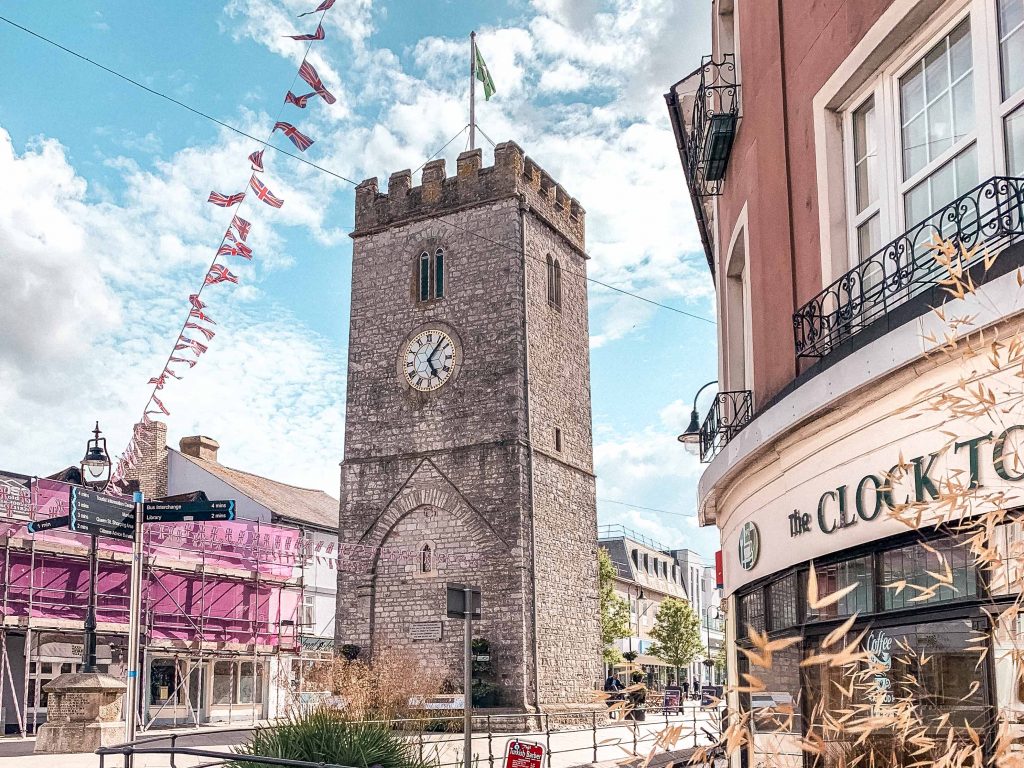 Everyone from the amateur gardener to the keen botanist should add ‘Plant World’ to their list of things to do in Newton Abbot if they haven’t already done so. Situated above the Teign Estuary and located a few miles from Newton’s town centre, this beautiful Nursery boasts a wide array of unusual plants and seeds for sale.

And that’s not all. Head to the premises, and you’ll soon discover a hidden garden spread over four acres. Arranged into a ‘map of the world’ (the first of its kind- or so the tourist brochure says!), you could easily spend several hours enjoying this hidden gem of Newton Abbot with fantastic views of the nearby rolling hills.

Of course, those with a sweet tooth will also not be disappointed should they opt to visit Plant World. At the very top of the site, overlooking the nursery below, there’s a café serving a wide array of homemade cakes, baked jacket potatoes, sandwiches, and cold and hot beverages. We particularly loved eating our way through the gluten-free lime and blueberry cake! 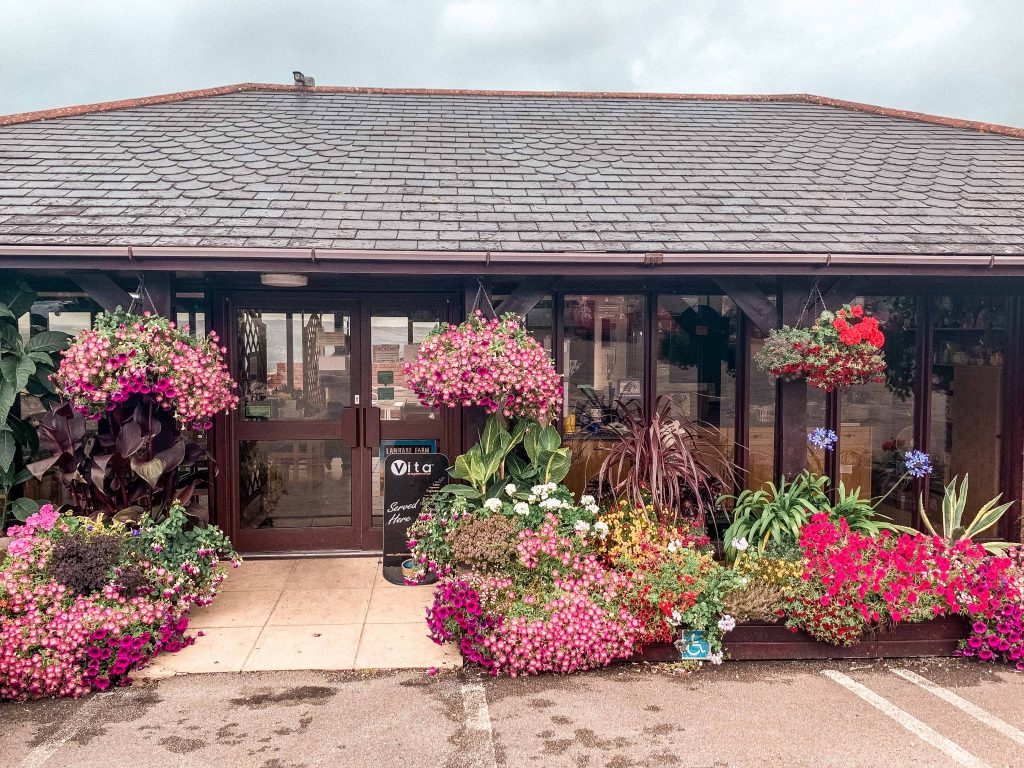 Once upon a time, the quaint village of Highweek sat atop one of the largest hills in the area (hence the name) and was a settlement in its own right. However, as Newton Abbot grew and expanded, the village was absorbed into the fabric of the town and has since become one of the prettiest suburbs of Newton.

As well as a pub and several ever-so-pretty cottages, the main star of the show when it comes to things to do in Newton Abbot is All Saints Church. The chapel was constructed during the 15th-century and is now a quiet space to relax in the heart of this Devonian urban area.

Enjoyed reading about the most unusual things to do in Newton Abbot? Pin this article now, read it again later: 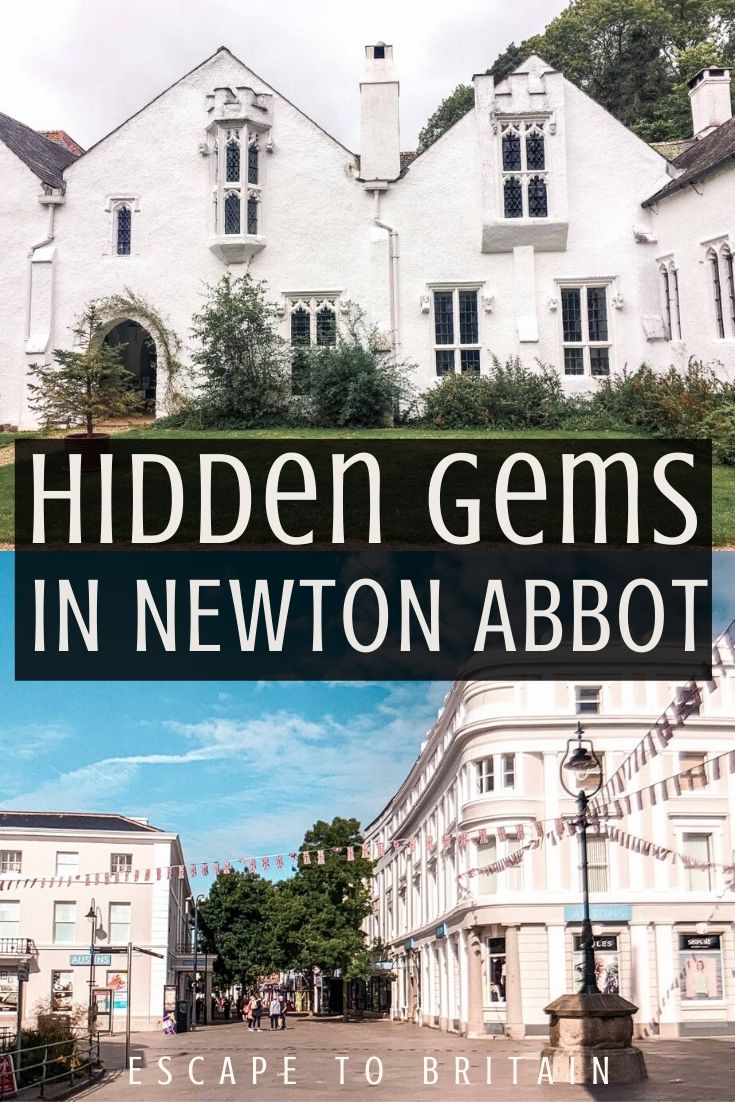 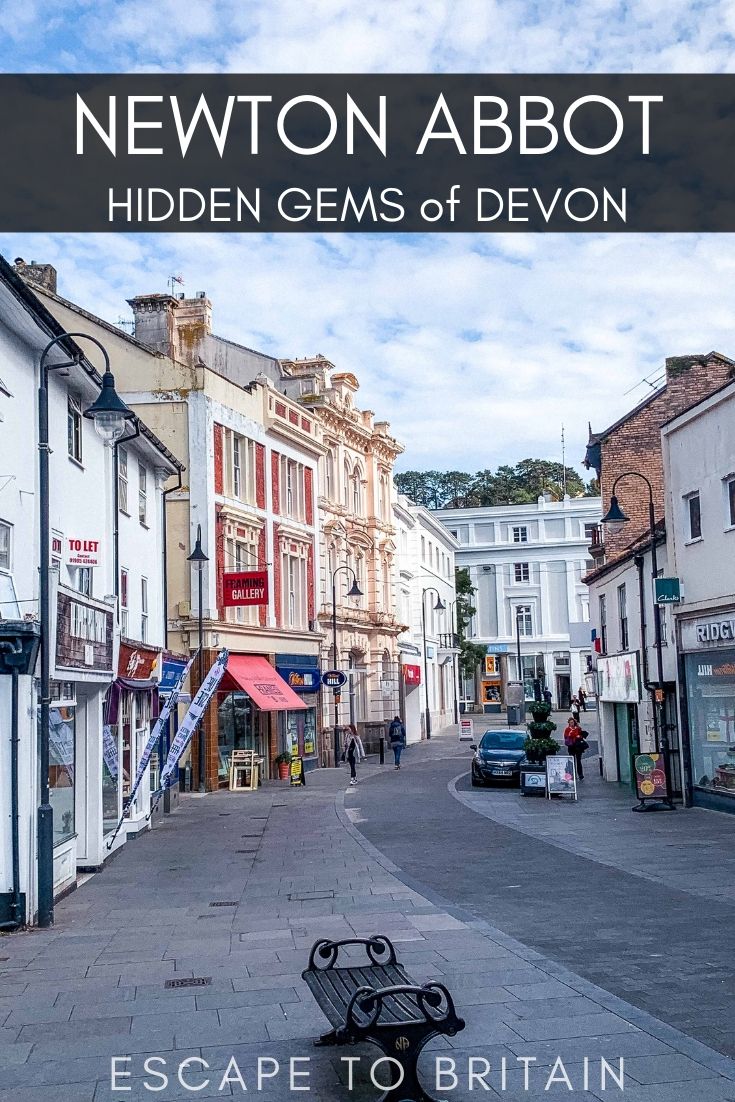 Where to Find the Best Snowdrops in Devon 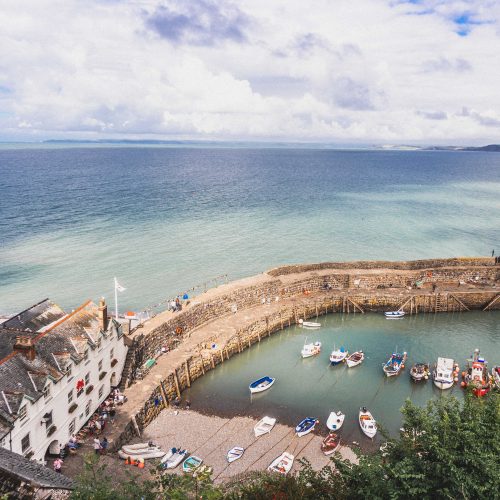 61 shares
escapetobritain.com is a participant in the Amazon Services LLC Associates Program, an affiliate advertising program designed to provide a means for sites to earn advertising fees by advertising and linking to Amazon.com. As an Amazon Associate I earn from qualifying purchases.