As Christmas draws ever closer preparations are afoot to make the home a cosy welcoming retreat. There’s nothing better than fresh and dried hops for decoration to evoke that special festive feeling. Instead of the usual fir garlands why not experiment with a hop vine or hop garland for something a little more unusual?

Hops are flowers that are borne on the female plant of the perennial twining climber Humulus Lupulus which is also sometimes known as ‘Wolf of the Woods’. The plants can grow anywhere from 10-20 feet in a season and are harvested in September.

The modern hop that we recognise today has evolved from a wild plant documented in the 1st century A.D. as a salad plant and is believed to have originated in Egypt. Due to their preservative qualities, hops were used to brew beer from as early as the 9th century and this tradition has continued through the ages.

Introduced to Britain during the 15th-century hops were grown in almost every region of Britain, however, today the West Midlands and South East counties of England are the only areas where they are grown commercially. Throughout the year, decorative hops can be seen in various establishments including restaurants, hotels, and country house museums. 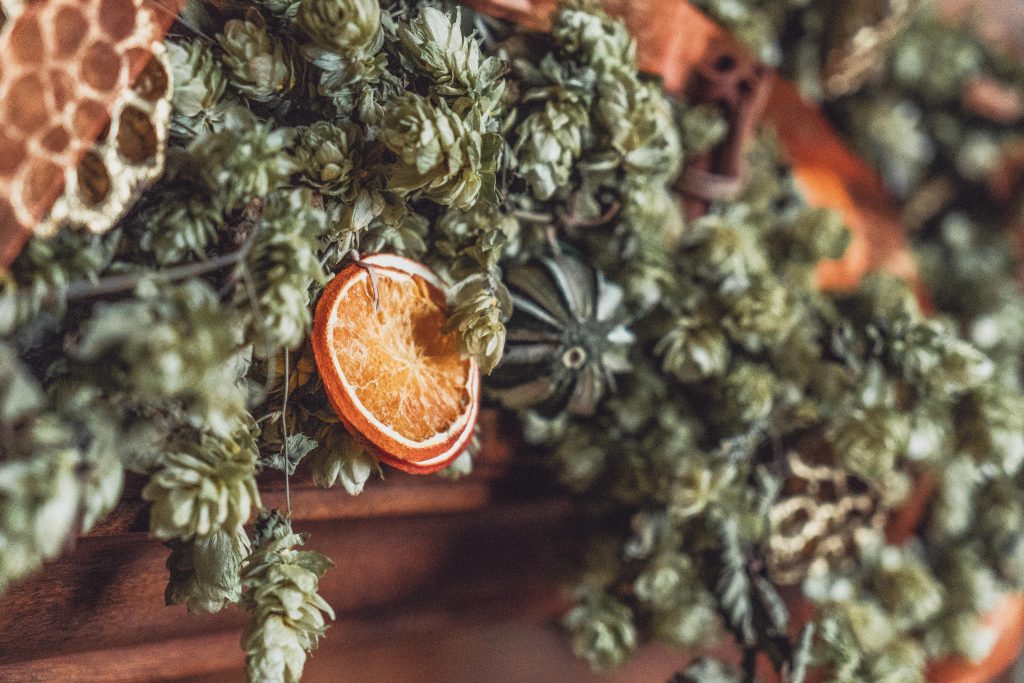 What could be more evocative of the Festive Season than a garland draped over the mantelpiece adorned with dried citrus fruit, cinnamon sticks, fine ribbon and accentuated with golden lotus flower seed pods? A few hessian birds added to give a gentle humourous touch to the overall decoration!

The beauty of dried hops over green foliage is that they won’t wilt and can be left in situ long after all other decorations have been removed. Alternatively, you can change out the decor of your hop garland so as to maintain your decoration with the seasons. 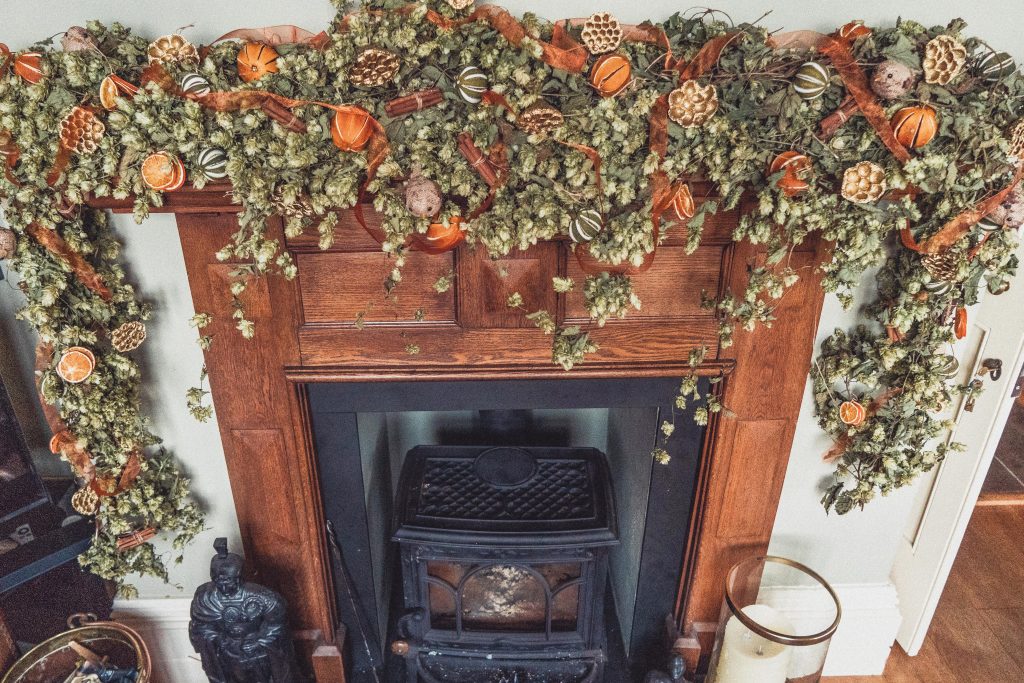 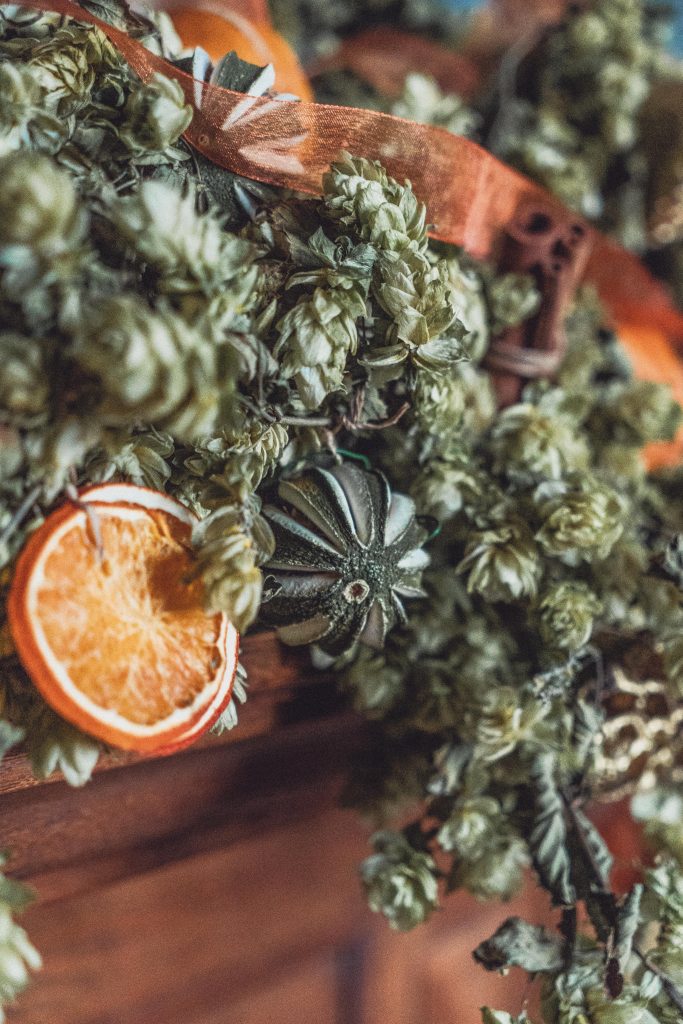 #2 A Hop Garland above a Central Kitchen Unit

If you don’t have a central island but wall cupboards why not place the garland above these instead?

The decoration in the photo below actually used two hops to cover the required area. Remote controlled battery operated fairy lights were placed around the garland and then decorative artificial twigs added. After this lengths of gold and pearl beads were applied. 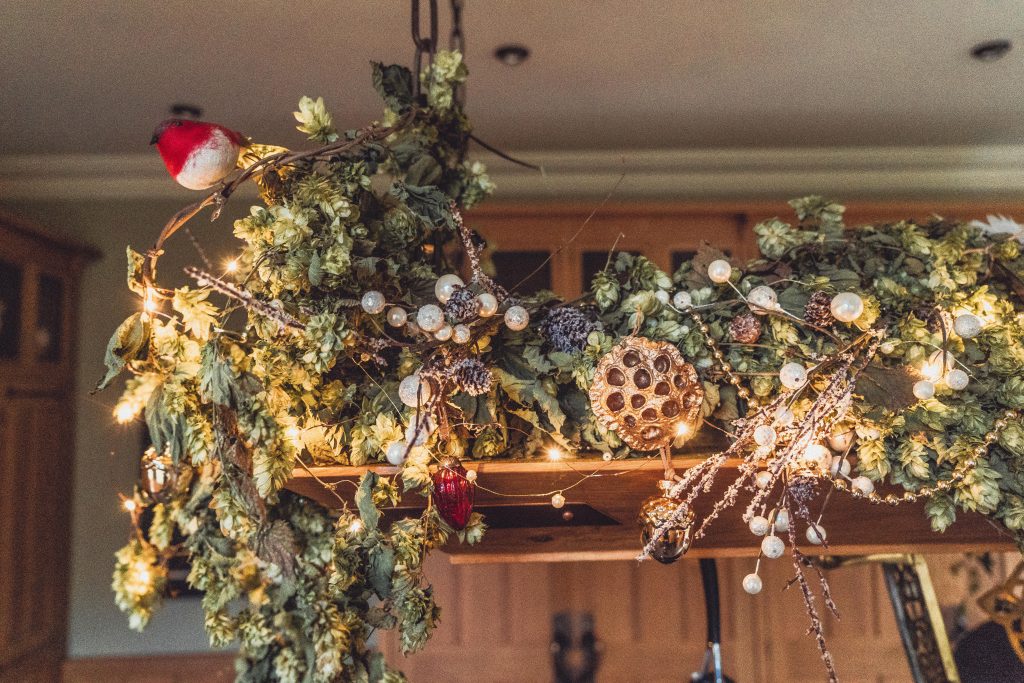 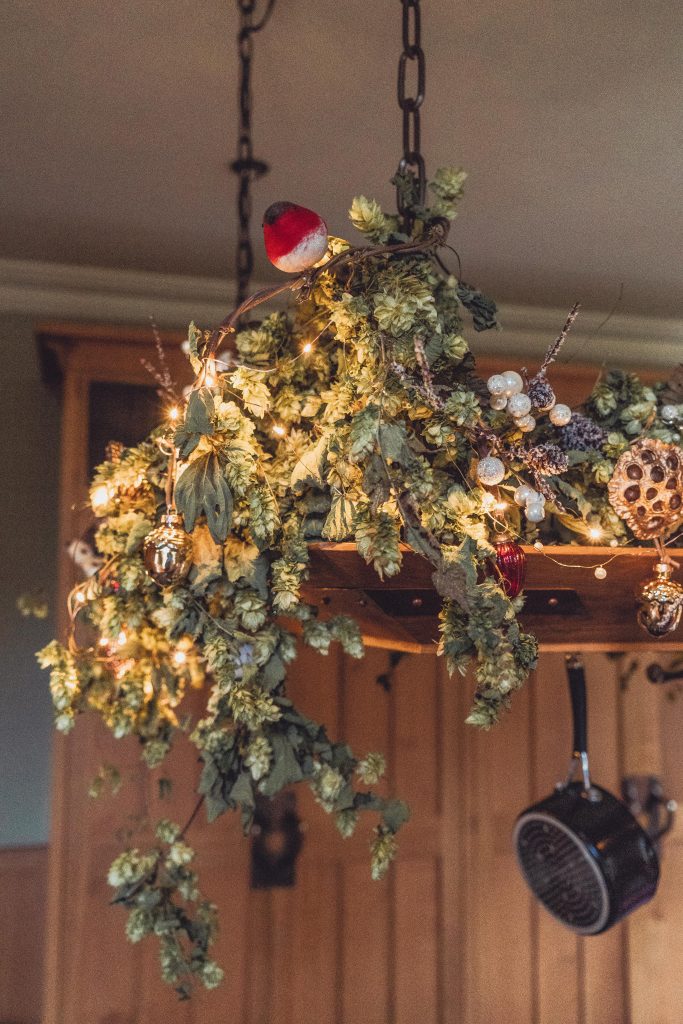 The Entrance Hallway decoration, being the first seen on entering the house, needs to make an impression and hopefully create a slightly magical wonderland! The hop bine this time is wired to the staircase handrail and is laden with large pearlescent and glittering gold ornaments after the fairy lights have been added.

These large decorations are actually quite difficult to wire to the bine. The weight of the ornaments means that you have to find a substantial stem to the wire which is easier said than done due to the fragile nature of dried hops! Frosted golden berries and dragonflies are then added.

The finishing touches for this garland are some gold beading as per the kitchen and a few glittering peacocks! 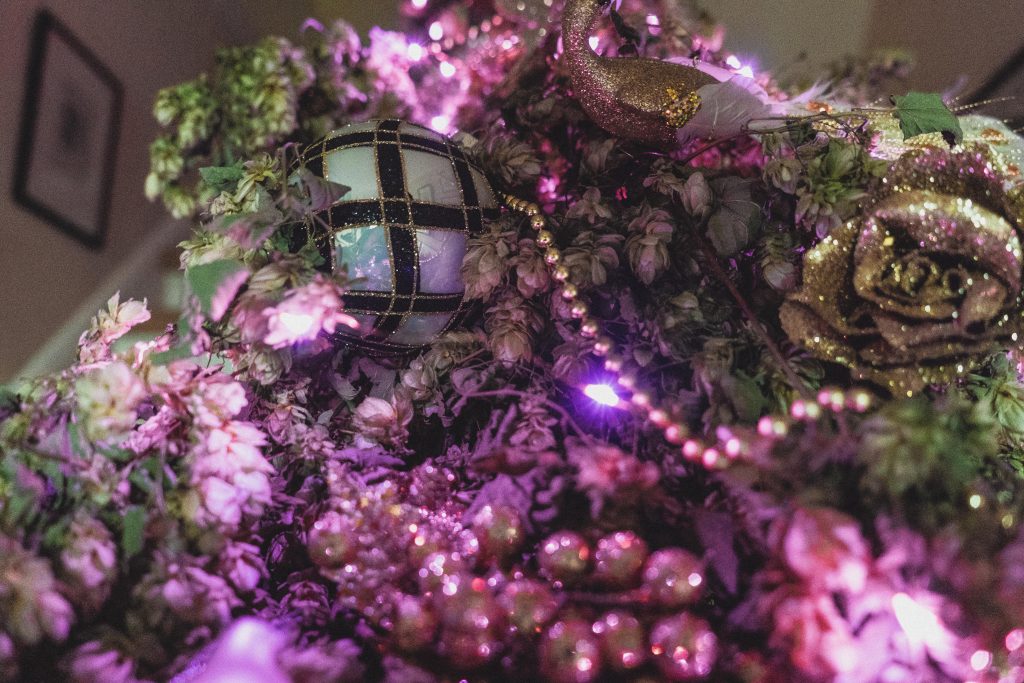 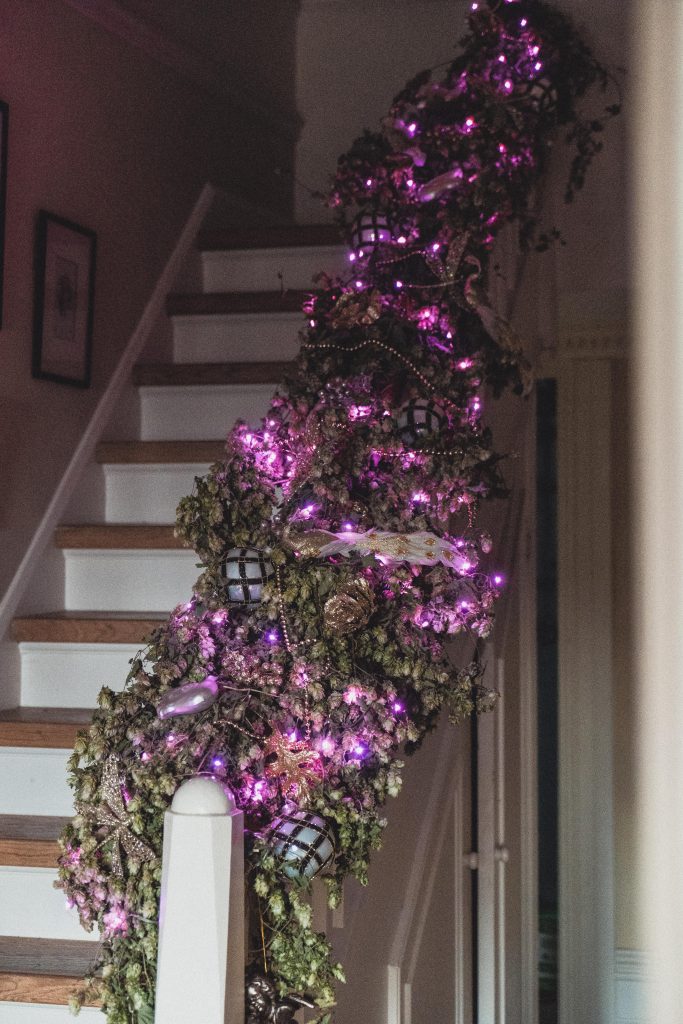 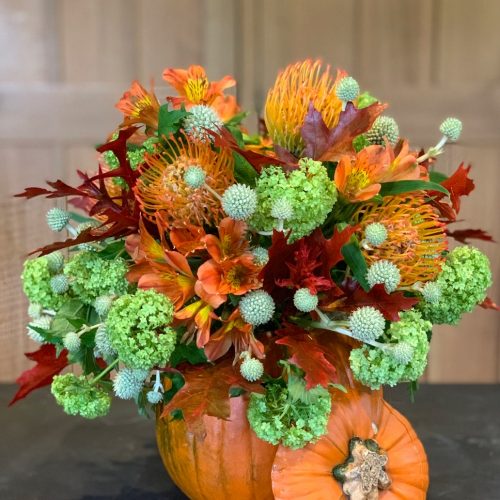 Create A Striking Autumnal Flower Arrangement in a Pumpkin

91 shares
escapetobritain.com is a participant in the Amazon Services LLC Associates Program, an affiliate advertising program designed to provide a means for sites to earn advertising fees by advertising and linking to Amazon.com. As an Amazon Associate I earn from qualifying purchases.