Calstock lies alongside the River Tamar, an area of Cornwall often neglected in favour of more popular Cornish destinations such as St Ives and the Lizard coastline. However, what you’ll find should you venture to this UNESCO world heritage site is plenty of Roman history and some gorgeous architecture. 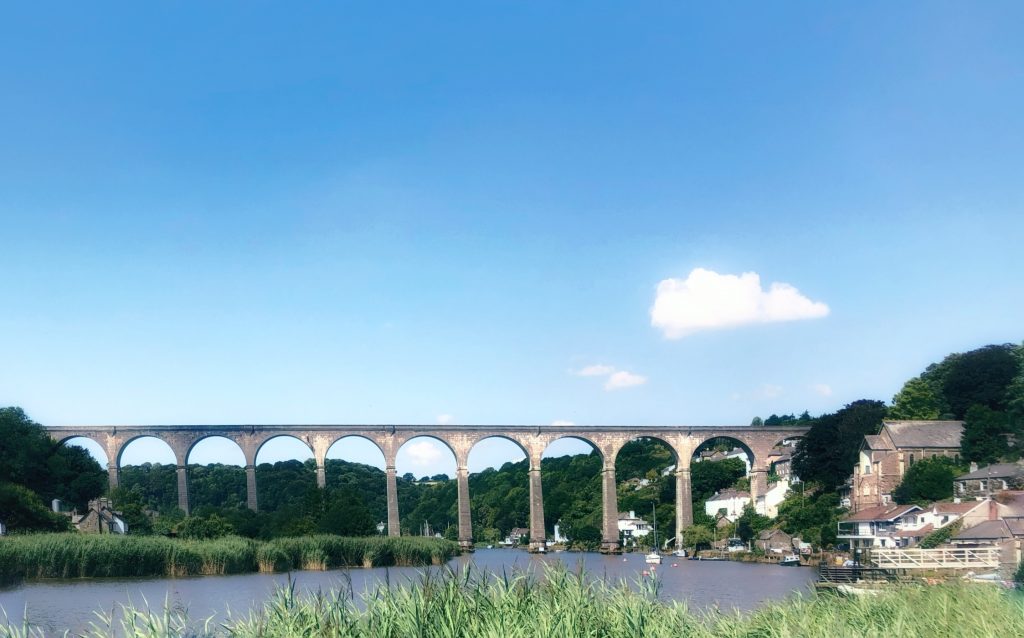 The Tamar Valley is a designated Area of Outstanding Natural Beauty and covers approximately  75 square miles.  The area covers the lower Tamar and its tributaries the Tavy and the Lynher.  The Tamar River and its banks is also a UNESCO World Heritage site on account of it being part of the Cornwall and West Devon Mining Landscape.

Calstock is an attractive village in south-east Cornwall found on the west side of the River Tamar. It’s dominated by an impressive viaduct which links Cornwall to its neighbouring county, Devon.  Tavistock can be found 6 miles to the northeast, while Plymouth 10 miles to the south.

There are two pubs in the village The Boot Inn and The Tamar Inn, shown above, which was constructed in the 17th century.  They both offer traditional home cooked pub style food. 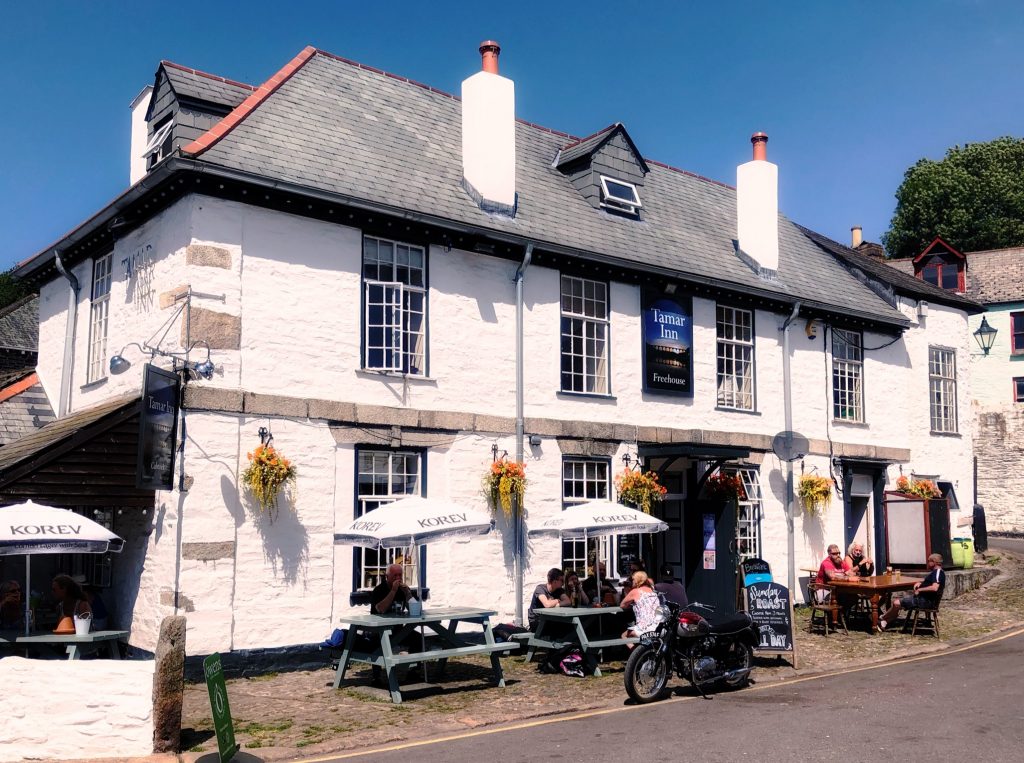 There is evidence that the Calstock area has been inhabited since the Early Bronze Age; fragments of a pottery vessel along with charred hazelnut shells have been found during an archaeological dig.

About 10 years ago the Archaeology Department at the University of Exeter were investigating the area around St Andrew’s church with reference to the royal silver mines of the Bere peninsula that were worked on the Devon bank of the Tamar between the 13th – 16th centuries.

They were searching for a fortified court (c.1420) where the silver was smelted. The survey didn’t find evidence for a medieval building. Instead, they found a furnace that was, in fact, Roman and contained arsenic and copper residues.

A geophysical survey has revealed that there are the remains of a Roman Fort with an internal measurement of some 4 1/2 acres. This is only the third fort to have been found in Cornwall and much larger than both Nanstallon and Restormel.

‘Callestock’ was mentioned in the Domesday Book and was part of the Earldom of Cornwall up until 1337. From this date to the present it has become attached to the heirs-apparent to the throne and is still known as the Duchy of Cornwall.

Page 60 of Guide to McBryde’s River and Sea Trips from Plymouth, 1890, via Flickr

Mining in Calstock, Cornwall, and Beyond

Mining has been documented as being an important industry from the medieval times (and as mentioned above probably long before).  The Duchy of Cornwall mined silver in the area. By the 19th century, Calstock Quay was an important port for the transportation of fruit, flowers, copper, tin, and granite.

By the mid 19th century the quay stretched for nearly 3/4 mile and during the 1890’s there were about 20 cargo ships operating on the river. When you look at the area now it’s hard to believe that it was such a bustling port! There were also two Boat Building Yards.

At this time it became a popular tourist destination and paddle steamers brought tourists up from Plymouth. Indeed, Queen Victoria and her family made a trip along the Tamar in 1856. The completion of the railway in 1908 brought an end to the immense importance of Calstock.

Postcard of the River Tamar, 1906 via Wikimedia

The viaduct was constructed between 1904 and 1907 using the most up to date technology of the era. It’s the largest viaduct in Britain to be constructed of concrete blocks and has created a single track crossing approximately 800 ft long and 120ft high.

These pre-cast concrete blocks (which were not reinforced) were produced in a temporary factory on the riverbank.  Approximately 11,000 were made to complete the 12 arches (with a 60ft span)  and look very similar to dressed stone.

It was built by John Lang of Liskeard but Richard Church and W R Galbraith deserve the credit for having produced a most beautiful and graceful design. 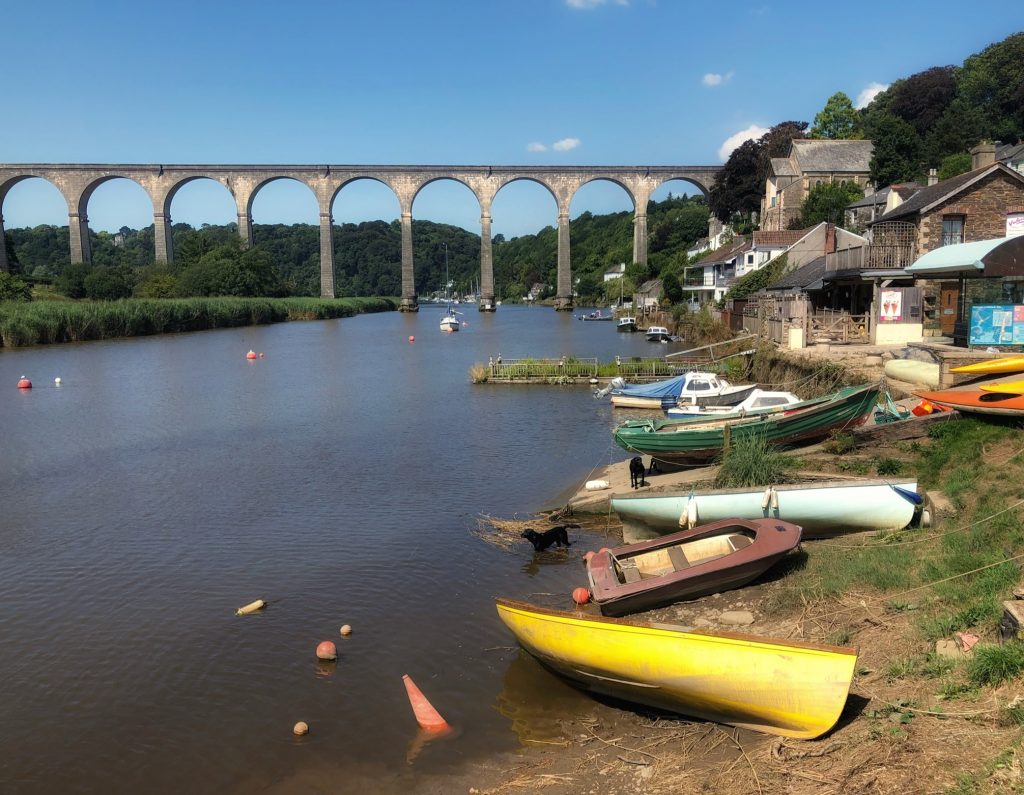 Cotehele – A Tudor National Trust property with garden, quay, and estate along the Tamar.

Morwellham Quay – a historic river port that is now a living museum.

The Tamar Valley Line – Take this scenic train route and visit Calstock en route. Enjoy the views from atop the magnificent Edwardian viaduct.

Plymouth Boat Trips – Travel across the Plymouth Sound, up the River Tamar to Calstock. (www.plymouthboattrips.co.uk)

Enjoyed reading about the best thing to do in Calstock? Pin it now, read it again later: 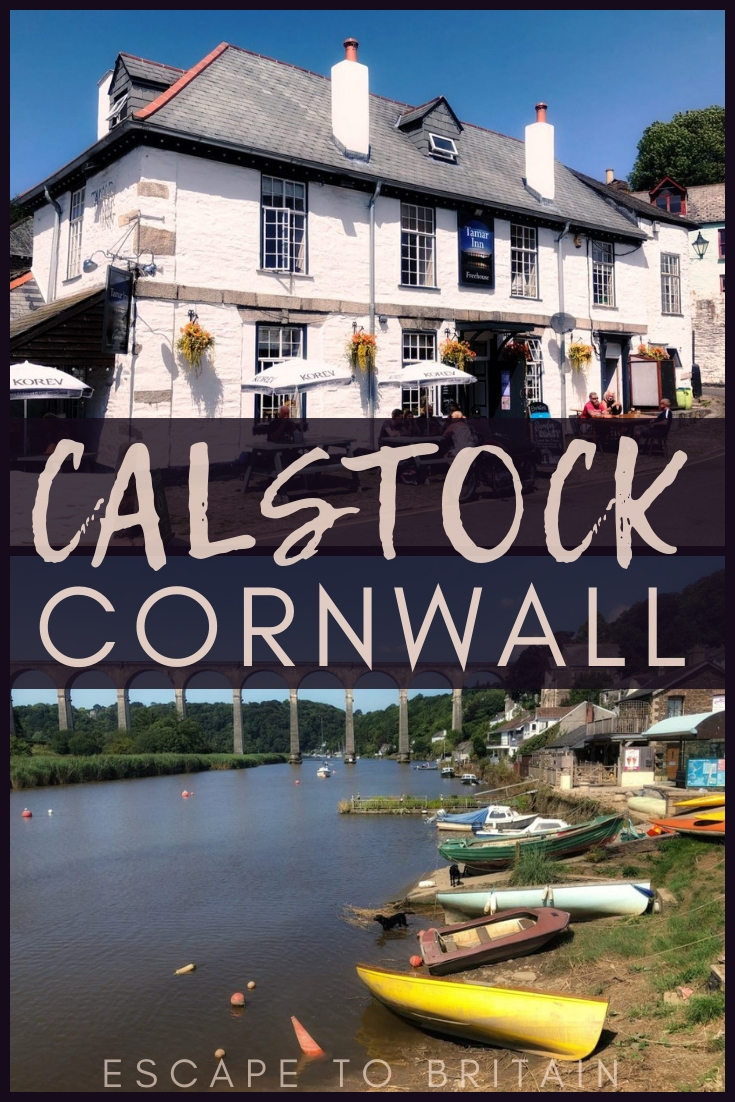 Porlock Weir: A Step Back in Time, Exmoor National Park
Carne and Pendower Beaches: The Hidden Cornish Gems You Should Know About 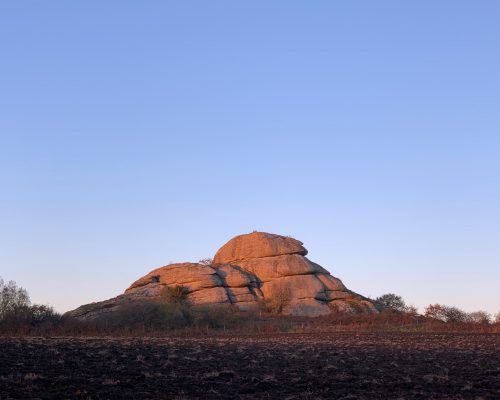 8 shares
escapetobritain.com is a participant in the Amazon Services LLC Associates Program, an affiliate advertising program designed to provide a means for sites to earn advertising fees by advertising and linking to Amazon.com. As an Amazon Associate I earn from qualifying purchases.