Close to Christow, the parish of Ashton is formed from Lower Ashton and Higher Ashton, two equally pretty Devonian villages. Home to many a thatched cottage and surrounded by rolling hills, by far the oldest building in the area is Ashton Church, which also happens to be where you’ll find the most beautiful Rood Screen in Devon… 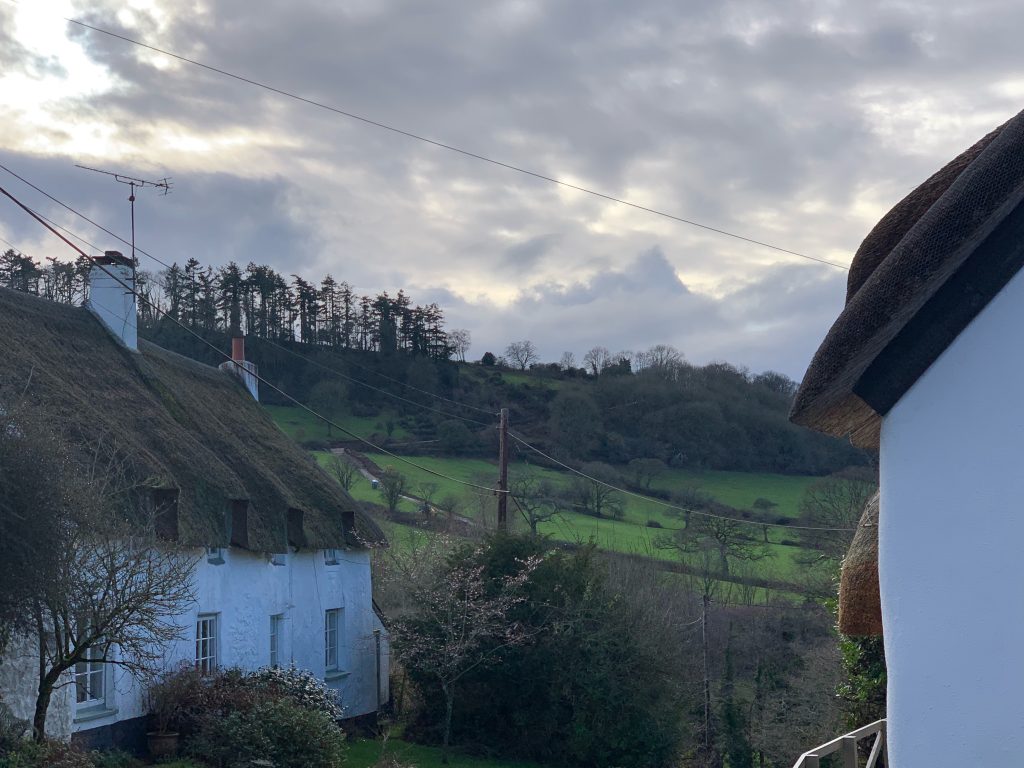 The Village of Ashton

Ashton’s made up of Lower and Higher Ashton, a sprawling sparsely populated village starting down by the  River Teign and sprawling up a steep wooded valley that’s typical of the area. The village was listed as early as the Domesday Book of 1086. Included in the listing was the Manor House, which once stood at Place Barton and whose location can still be found just a little way down the street from the church. 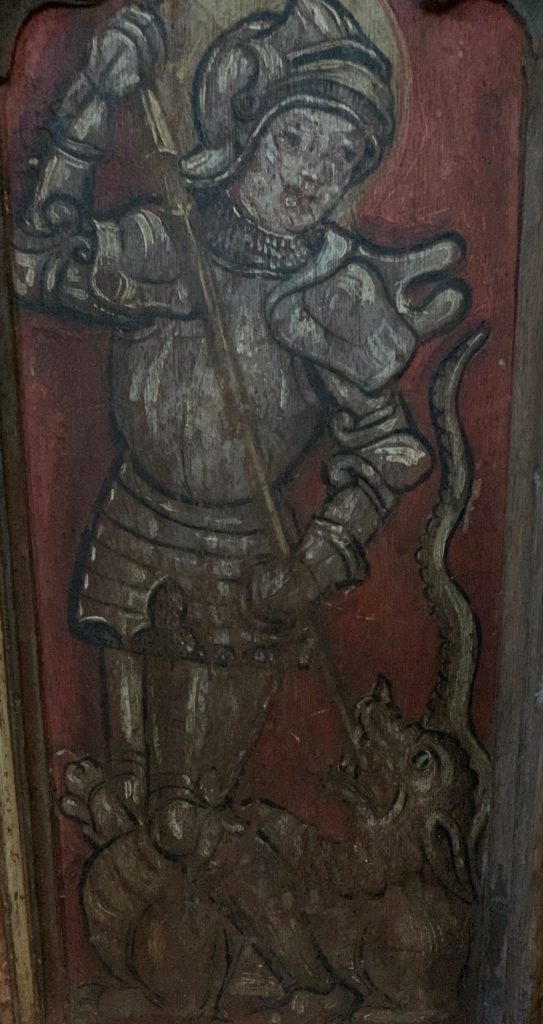 The Chudleigh family were Lords of the Manor from 1320-1745 and their coat of arms is prominent throughout the church. Like many locations in Devon, such as Chagford, the small village of Ashton was not immune to the vagaries of the English Civil War.

Sir George Chudleigh took up arms for Parliament and was a General at the Battle of Stratton(1643) but shortly after decided to change allegiance. On 3rd January 1646, a party sent by Sir Thomas Fairfax seized the family home, Place Barton, and made it a garrison for the Parliamentarians. 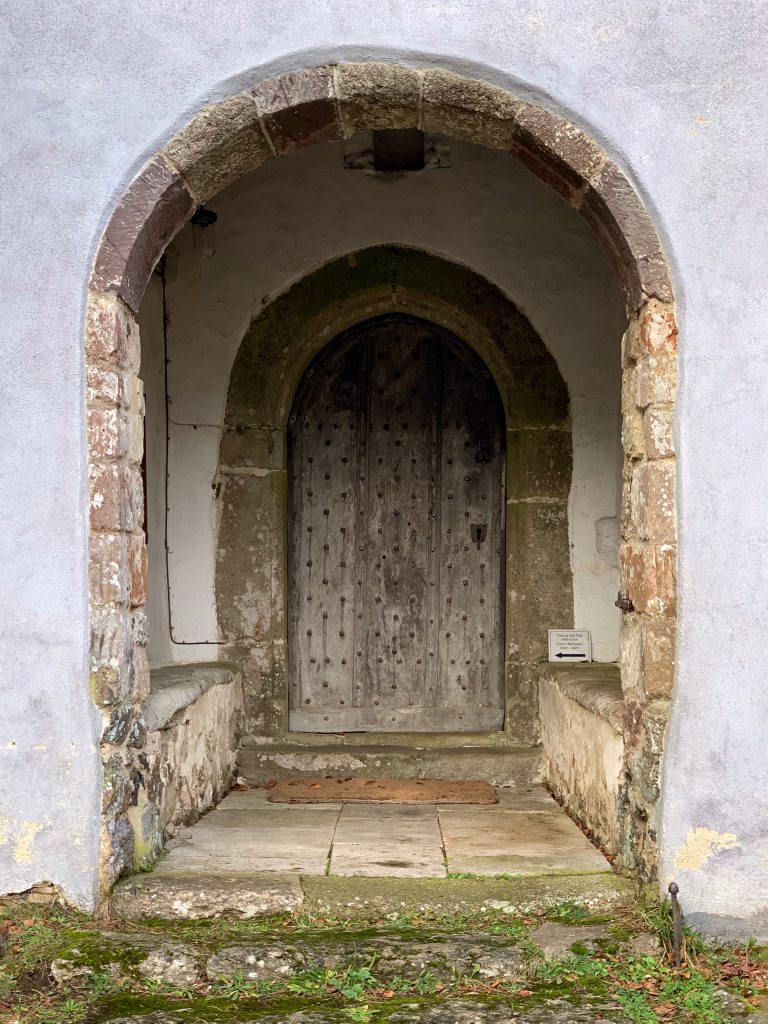 John Stabb in Some Old Devon Churches writes, with reference to the church:

“The door of the porch bears the marks of bullets, possibly fired by some of (Sir Thomas) Fairfax’s troops when Place Barton, which is near the church, was taken by Parliamentary forces in 1646”.

The Church of St. John the Baptist, Ashton 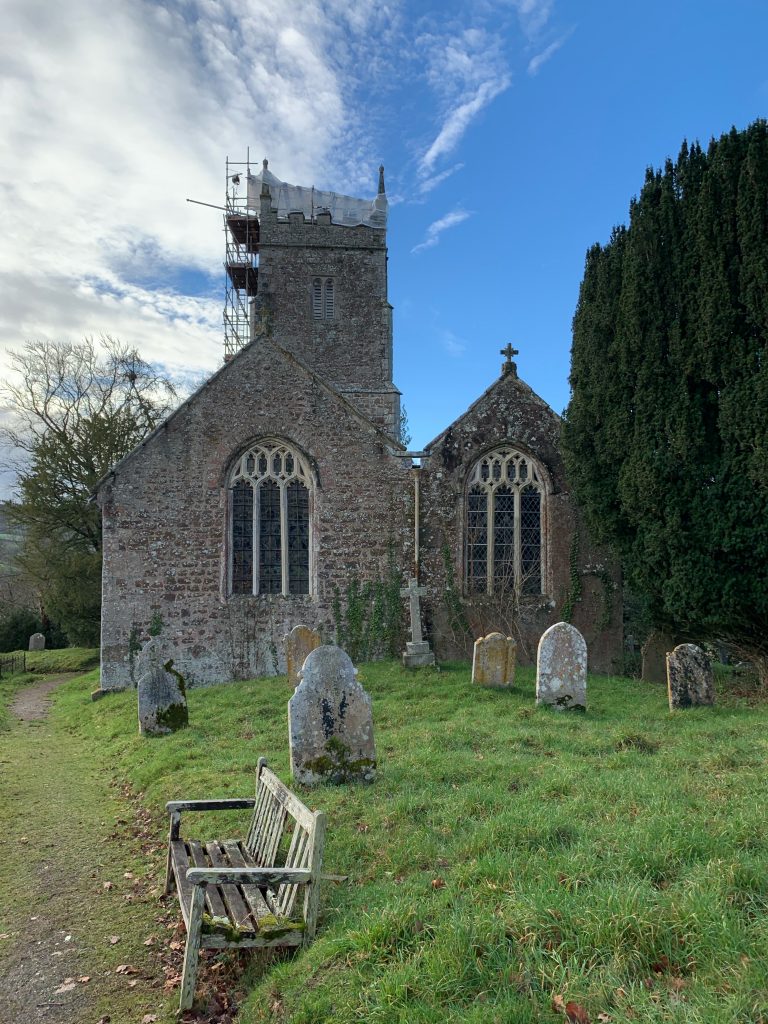 The existing building was constructed in the Perpendicular style, dating from the late 14th/early 15th century. The heraldic glass and figural fragments date to the period of Bishop Lacy (1420-55) and are by the same atelier that created the stained glass windows at Doddiscombleigh. 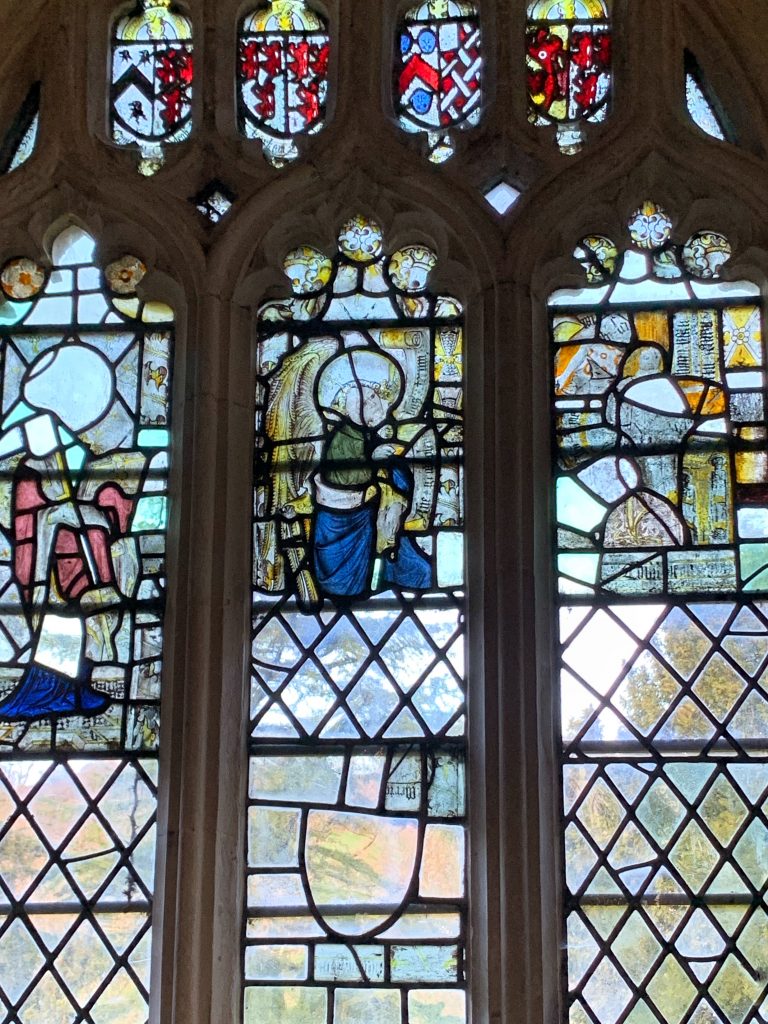 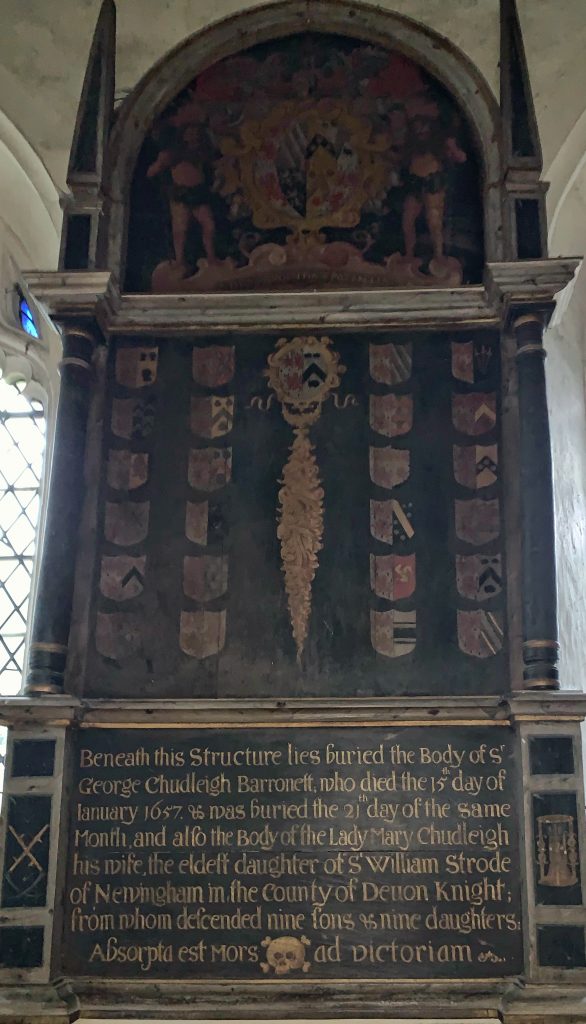 A large wall-mounted timber monument to Sir George Chudleigh who died in 1657 was removed from the wall and re-erected during the extensive 19th-century renovations. A faded figure of Christ was discovered behind the monument. It’s quite feasible that further wall paintings exist behind the later plasterwork and paint. 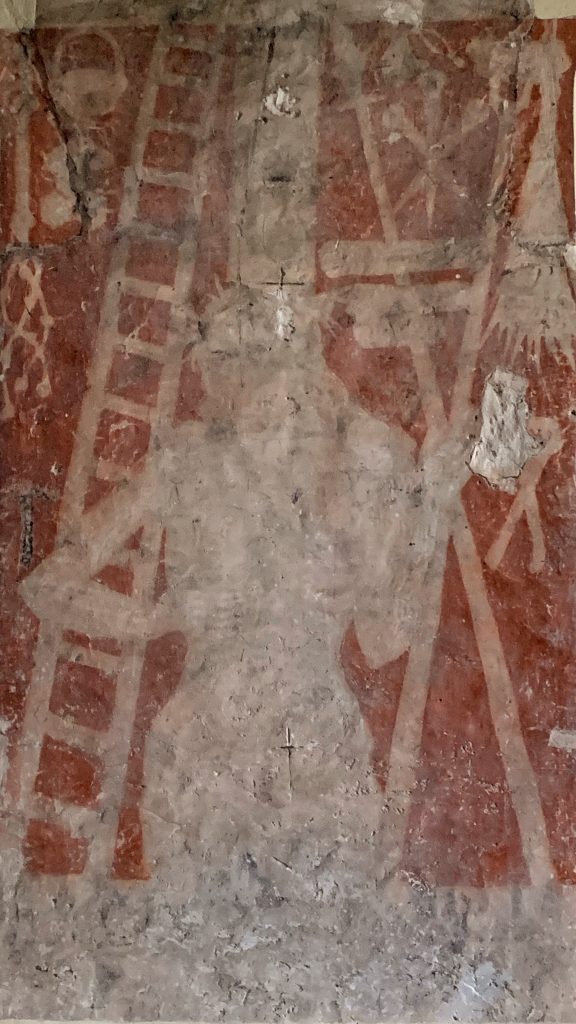 The ornately carved Roodscreen dates from the early 15th century and the lower section consists of thirty-two beautiful panels of painted saints and doctors of the church. The screen was restored in 1908 by Herbert Read who also installed a new rood loft. 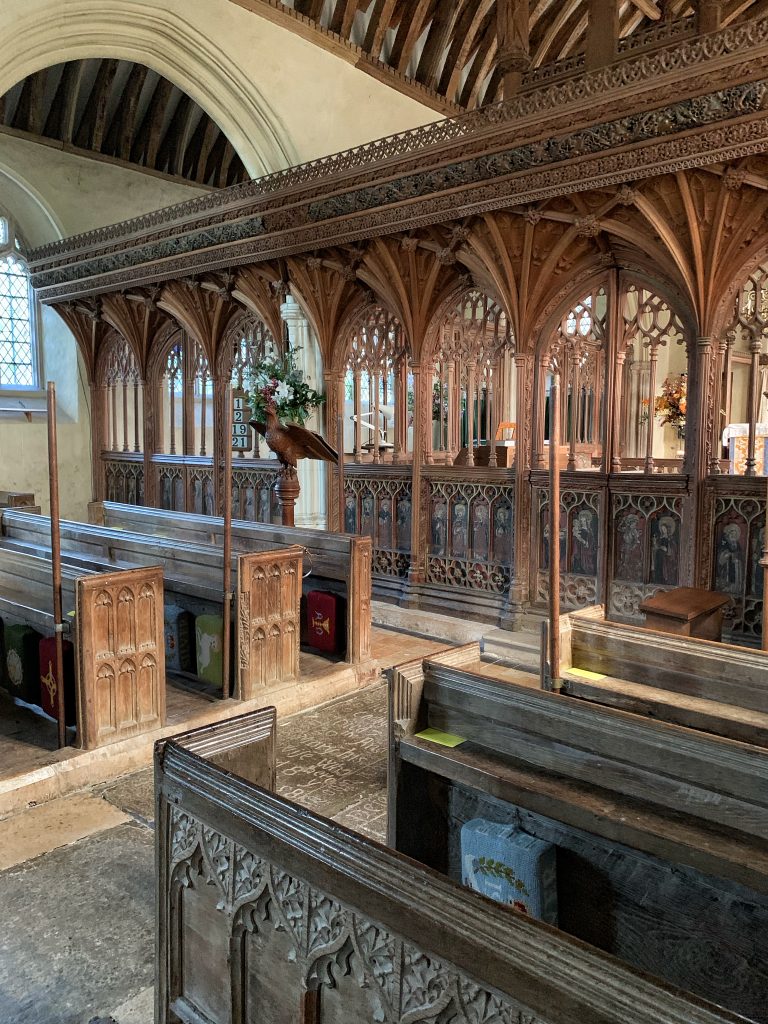 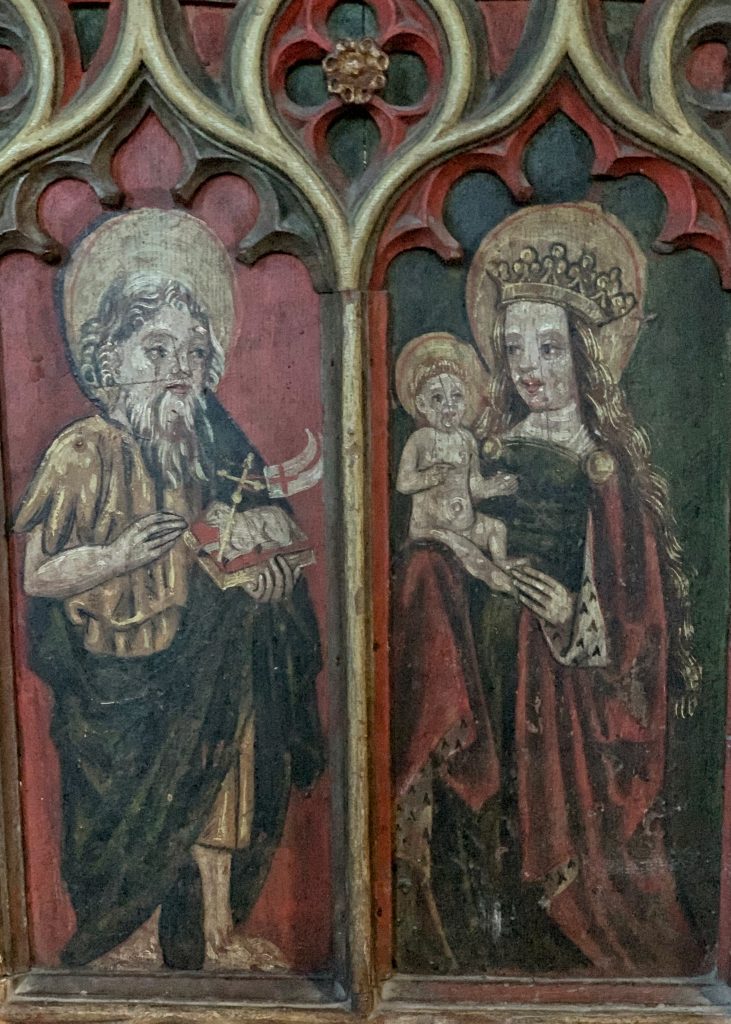 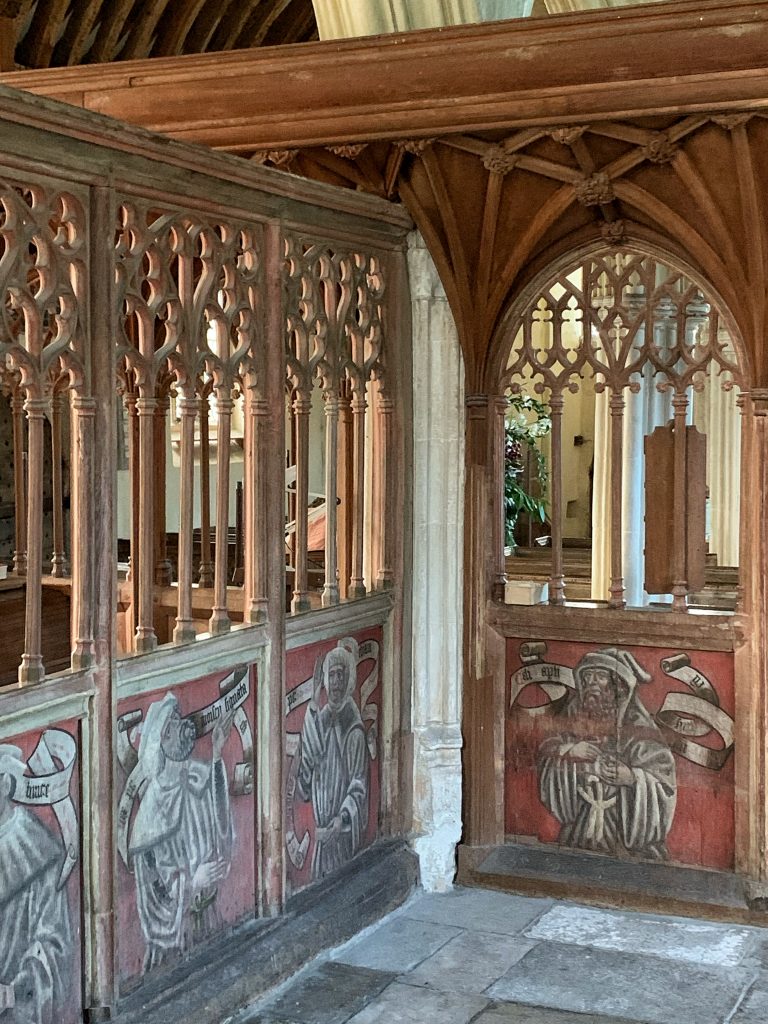 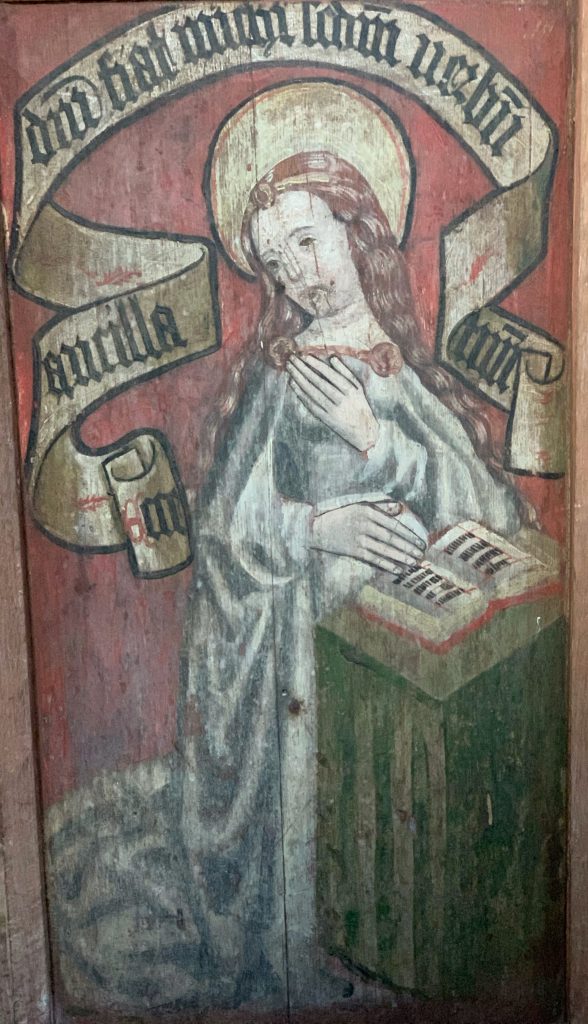 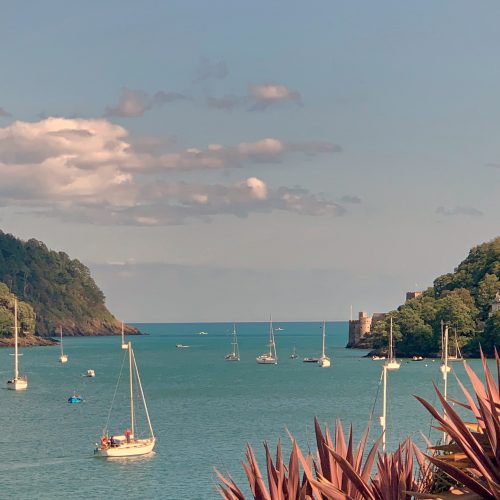