Deep in a remote area of the South Hams there’s an abandoned church that many people have forgotten about. The Church of St Andrew lies roofless but, thanks to the Friends of Friendless Churches, the ruins have been stabilised and the church remains consecrated and open to visitors. 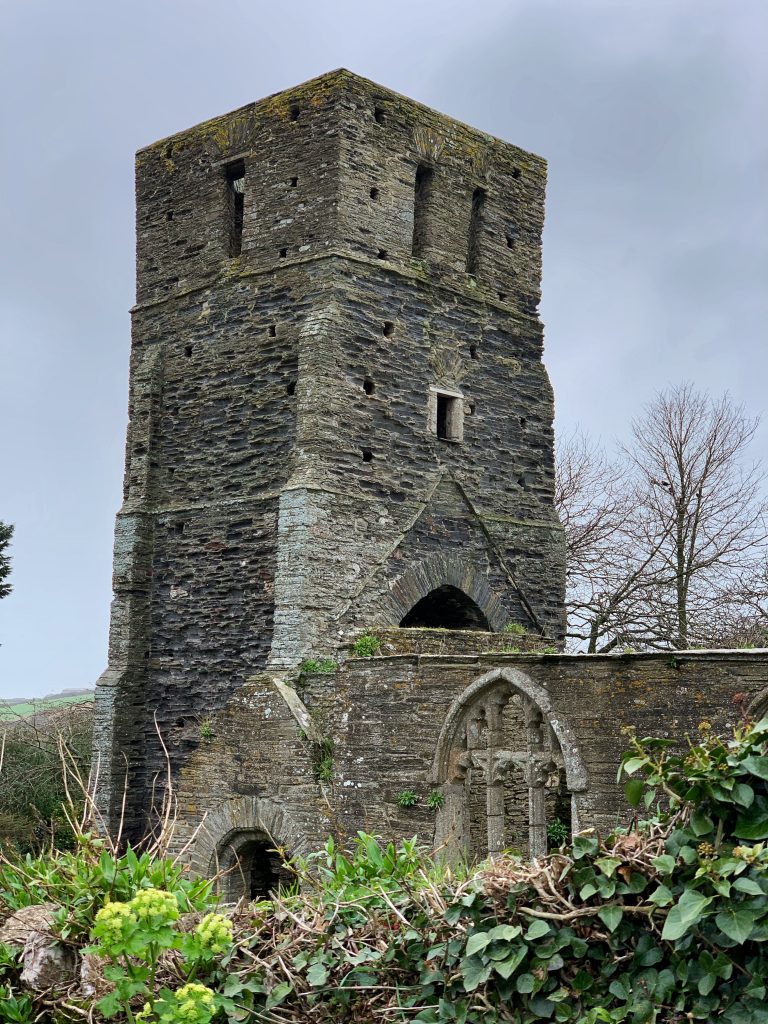 History of the Church of St Andrew

The earliest part of the church dates back to the 13th century and includes the nave and the chancel with the remaining church being completed between the 15th – 16th centuries. 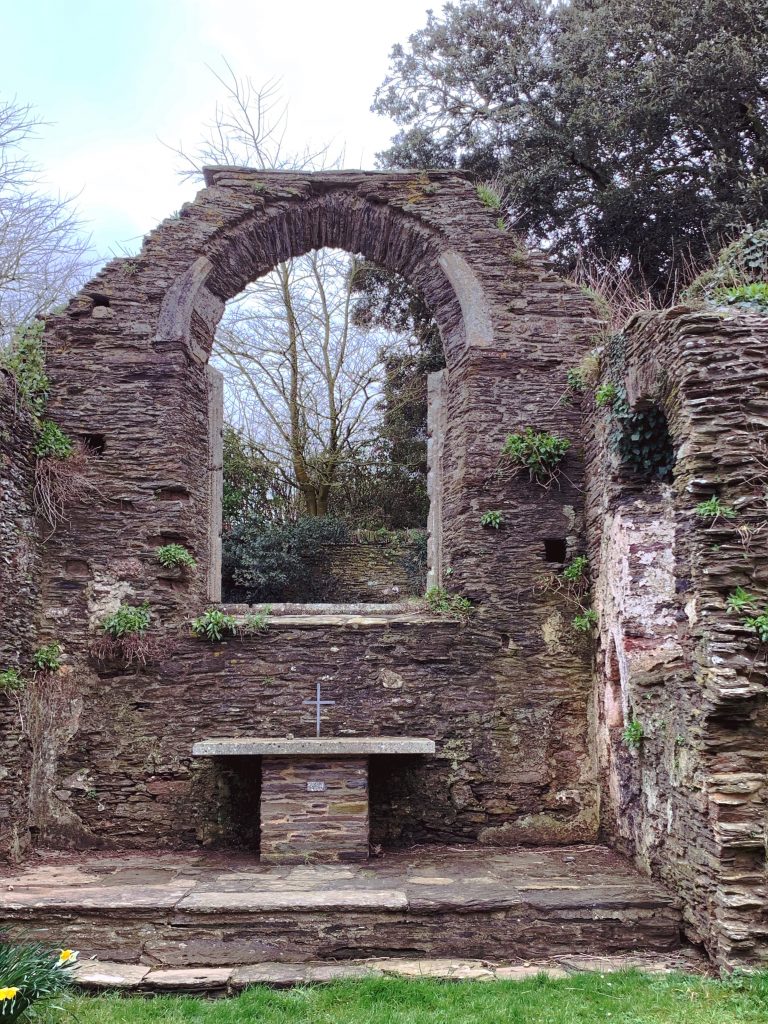 St Andrew’s was used for worship up until 1866 when it was decided that the structure was beyond repair. However, the reason for it being abandoned was, in reality, more likely to be a lack of a congregation. There had been a migration of people away from the small hamlet of South Huish towards the more accessible Galmpton, a village located roughly 1/2 mile to the south. 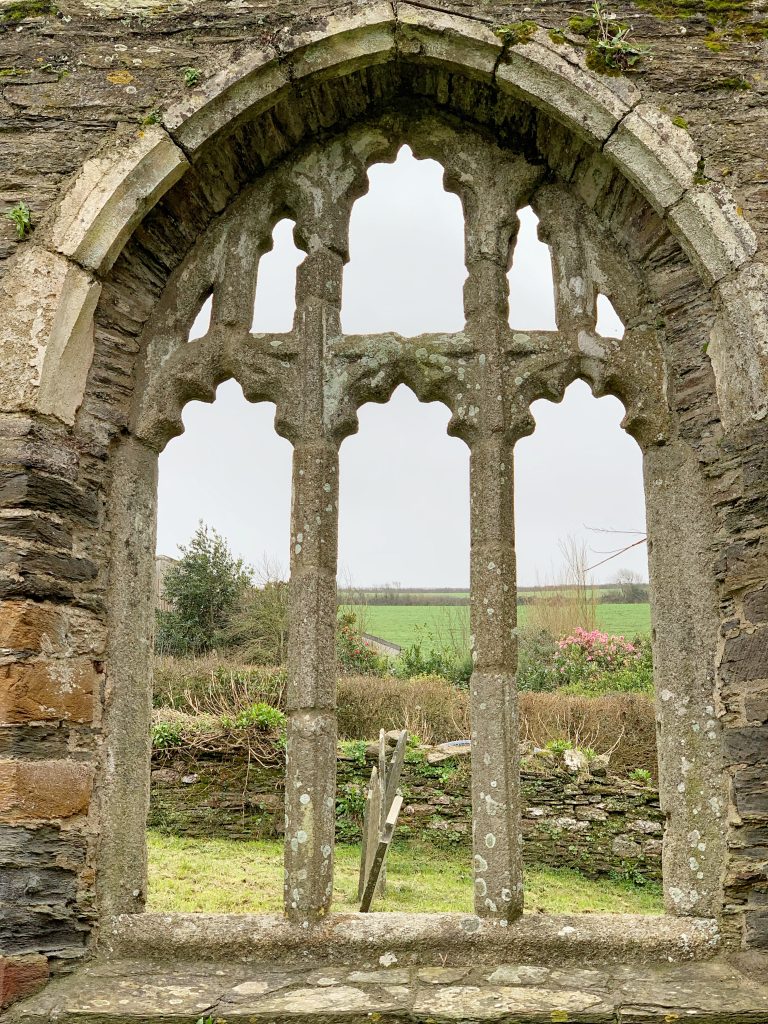 The church was stripped of much of its interior with certain features being installed in various churches around the South Hams and others being sold off privately. The stoup was removed to the Holy Trinity Church at Salcombe, and the south aisle arcade can be found within the 13th-century church of St Thomas a Becket (Dodbrooke), situated to the east of Kingsbridge.

The medieval rood screen was purchased and installed at Bowringsleigh House, West Alvington and the bench ends were purchased by the Earl of Devon and installed in the chapel at Powderham Castle. 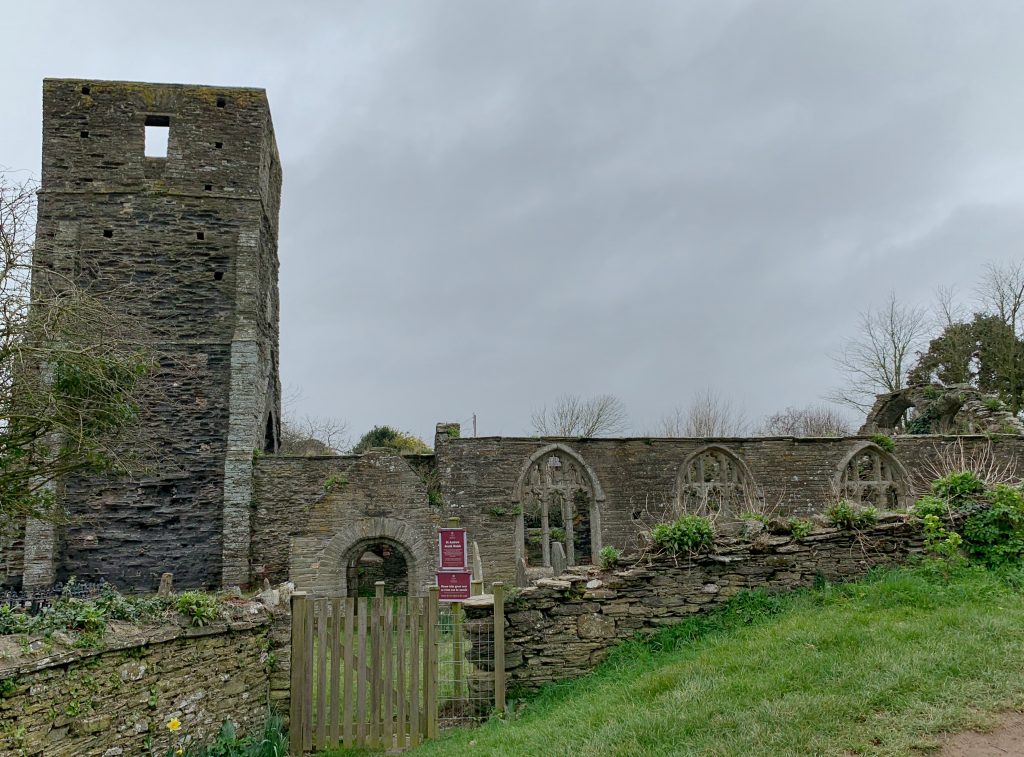 Vested to the Friends of Friendless Churches in 1976 the charity states that St. Andrew’s :

‘Is the Friends only true set of ruins – everything is roofless.’

As mentioned previously the slatestone Grade II* listed church has no longer been used for regular services since 1866 but remains consecrated and an annual service is held within the ruins each summer.

A replacement church was constructed in the more densely populated village of Galmpton, and within a couple of decades, the roofs of St. Andrew’s Church had been stripped clean of the slate tiles, leaving it at the mercy of the elements.

The New Church of Holy Trinity at Galmpton 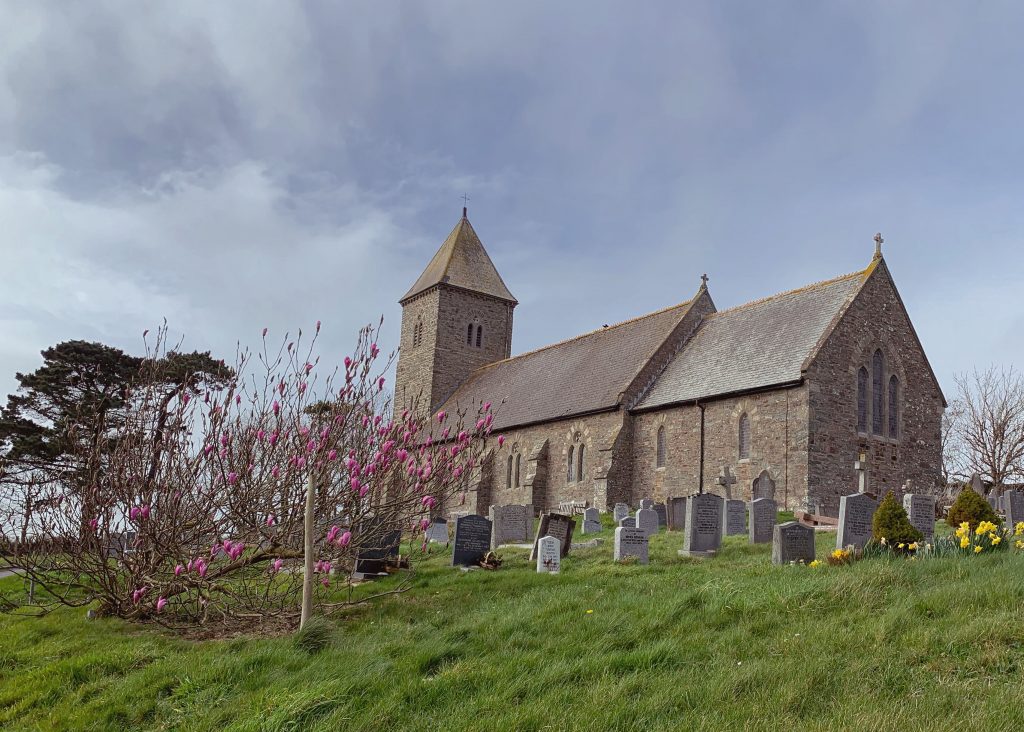 Galmpton lies within the small parish of South Huish, which includes the village of Hope Cove and, of course, the small hamlet of South Huish. It was here that the new parish church was constructed, as a replacement to St Andrew’s and it was consecrated in 1868-9. 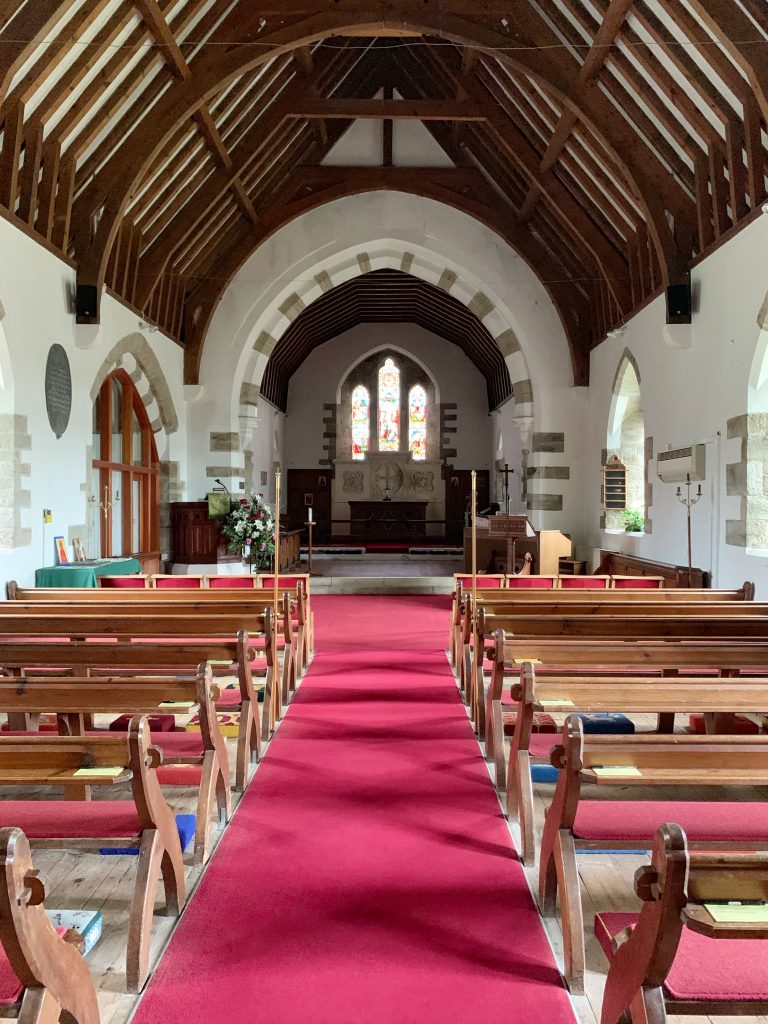 The site was given to the parish by the Earl of Devon and the architect engaged was Richard Coad (1825-1900) who was also clerk of the works for the Albert Memorial in London, and was involved in the improvements at Lanhydrock House after the extensive fire of 1881. 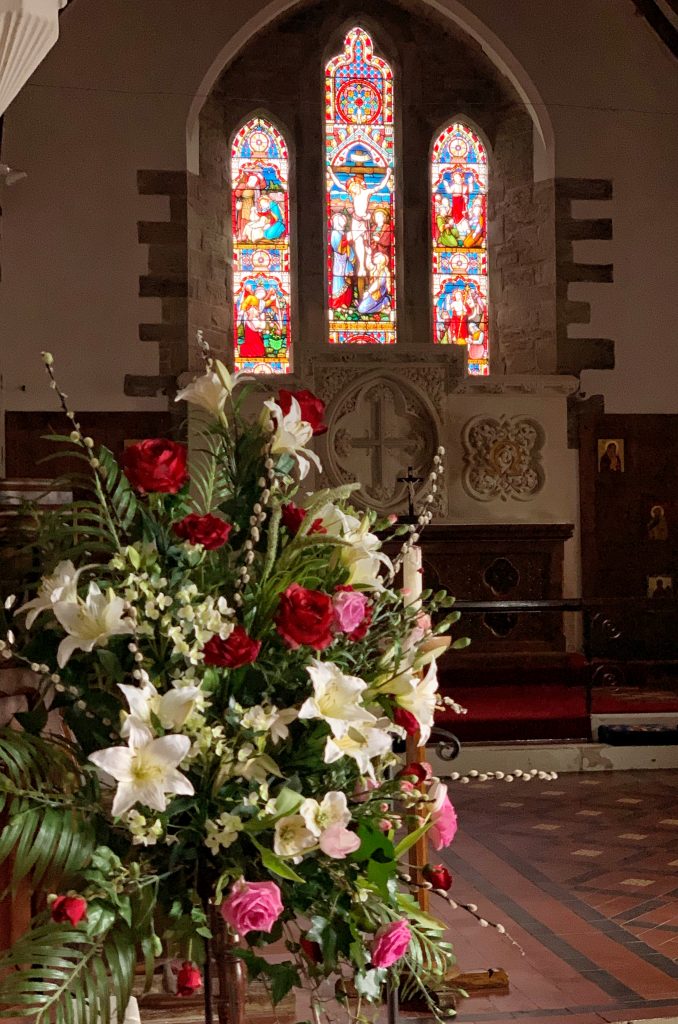 The overall effect created by Coad is a simple and quite austere interior, but, embellished with some beautiful stained glass, including that in the chancel windows by Lavers and Barraud (1868). 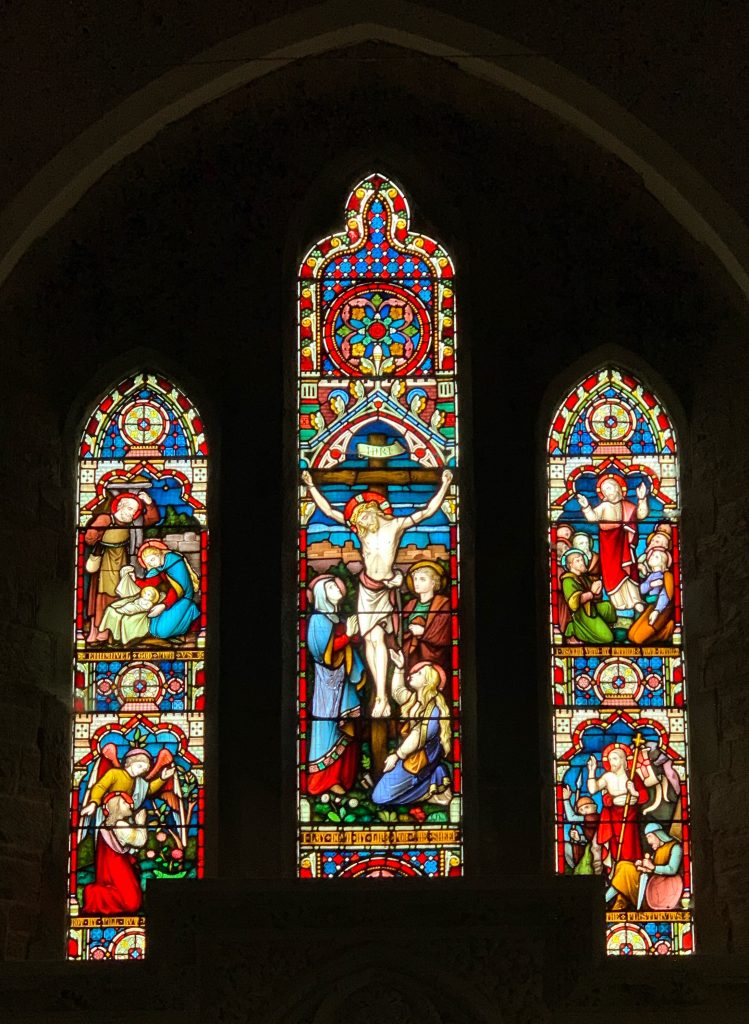 Above the altar and reredos are scenes from the life of Christ with the crucifixion as the centrepiece and the small windows to each side contain the figures of St Matthew and St John respectively. 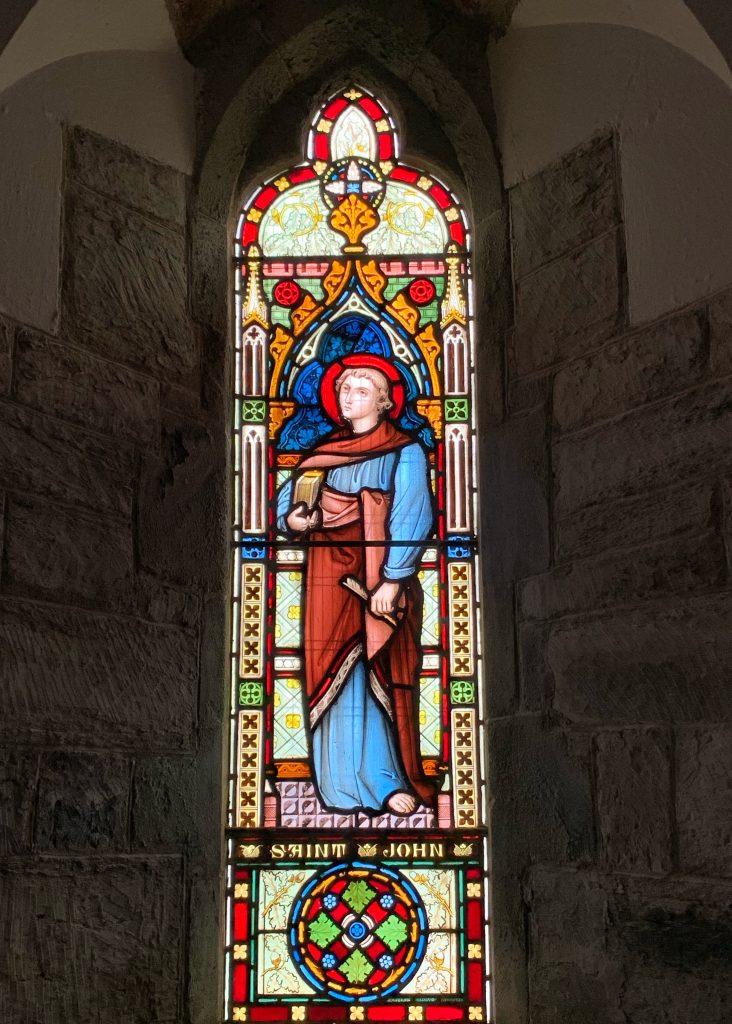 The aisle windows are predominantly clear glazed, with a simple trefoil design allowing light to flood into the nave softening the overall effect. 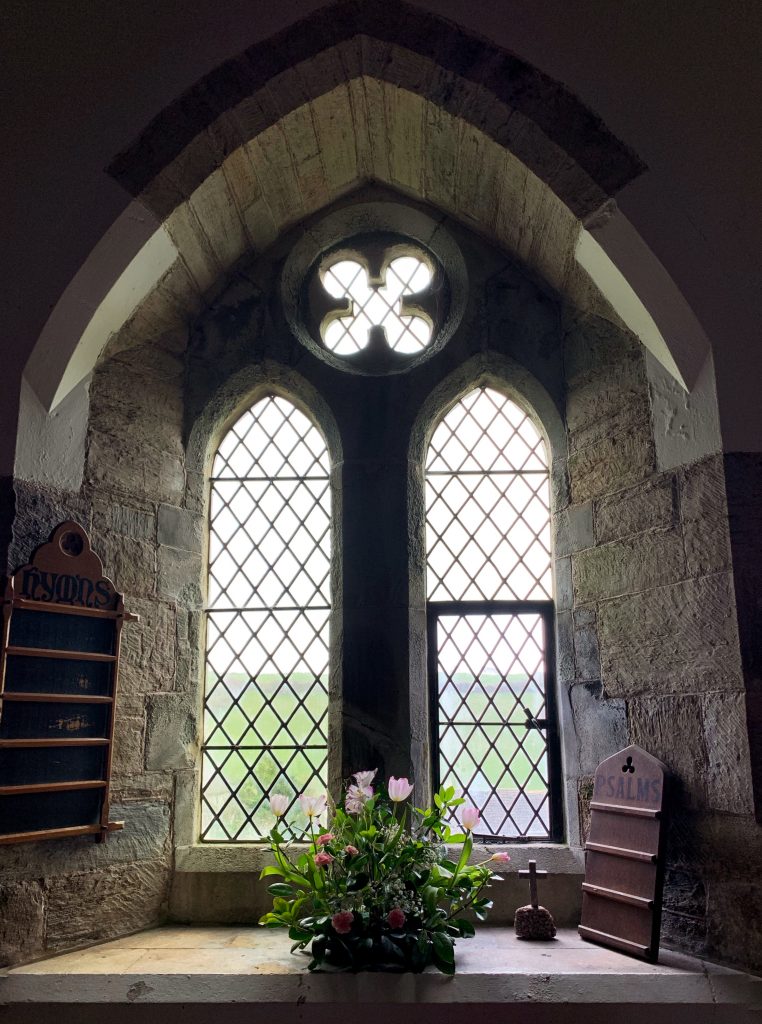 Many of the fixtures and fixings from the old church at South Huish were distributed, as previously mentioned, amongst a  number of churches and private homes. However, the simple granite font and four church bells were transferred and incorporated into the new church.

The most exciting ‘treasure’ to find a home in the new church was from a discovery at South Huish in 1867. A lower part of the west window at St. Andrew’s was being dismantled and fragments of 15th-century alabaster carvings from two retables were found behind a mid-16th-century alteration. 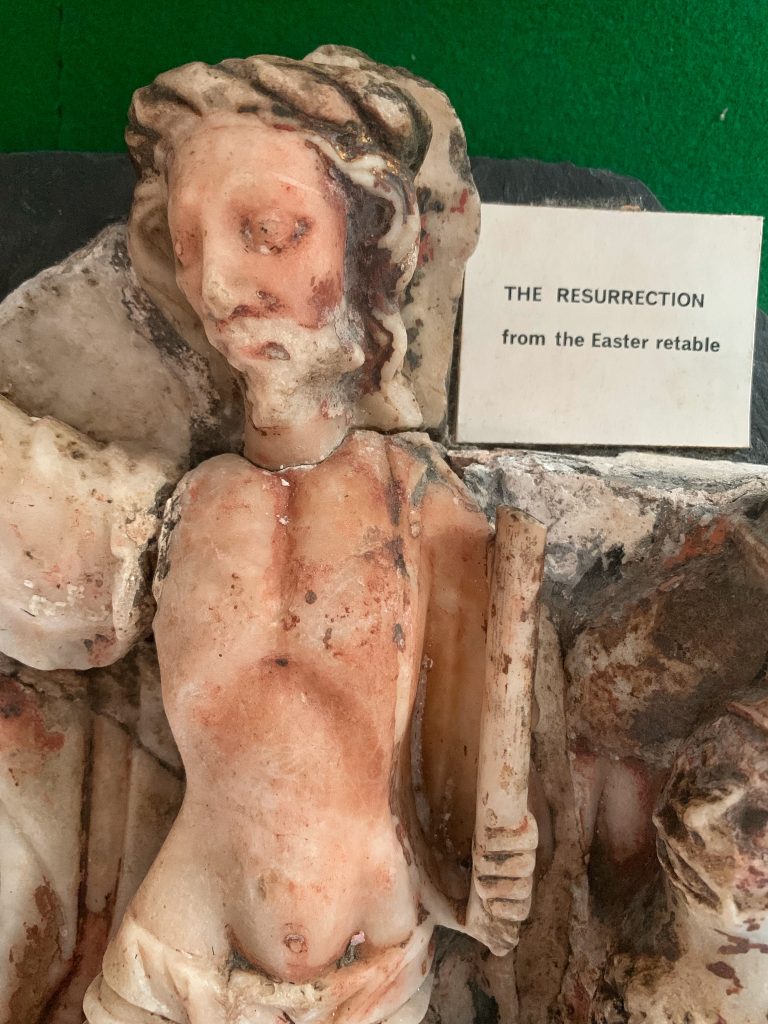 Like the Rood Loft at the Church of St James in Avebury, Wiltshire, is it possible that someone was trying to preserve the remaining fragments of an altarpiece that had been desecrated by the Elizabethan iconoclasts?

(A retable is a structure placed on or behind and above the altar, often incorporating sculptures, or even paintings, and otherwise known as the altarpiece.) 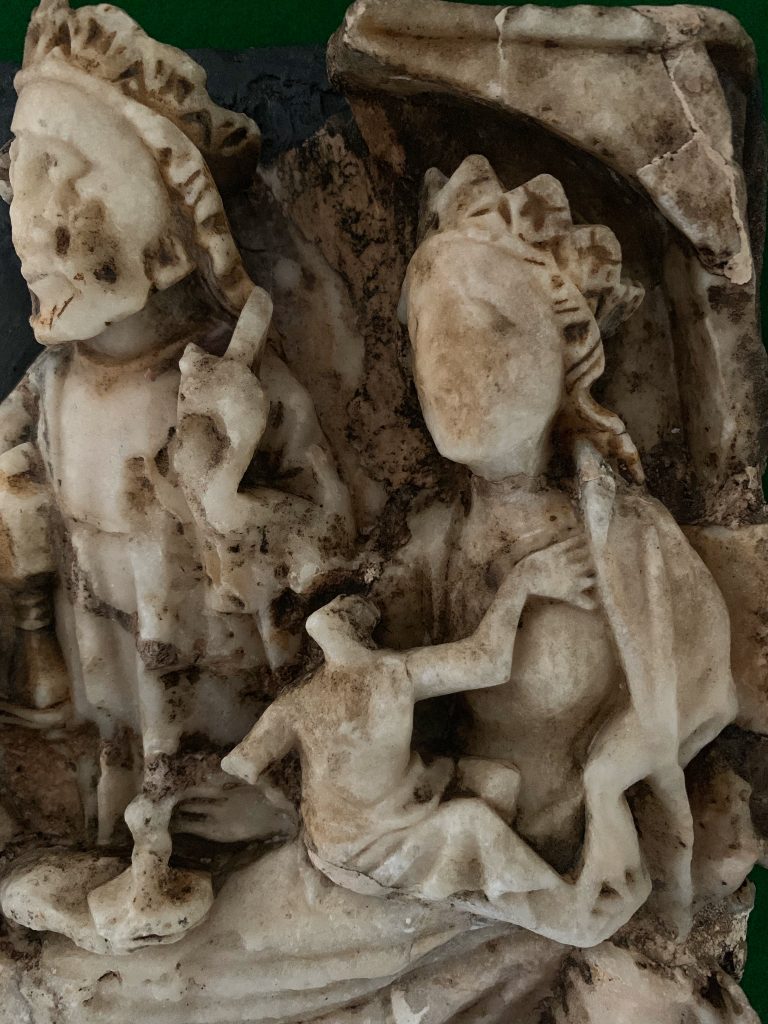 Above is a small detail from the Adoration of the Magi with Donors.

The alabaster sculptures can be found in a glazed case and are a must-see!

Malborough and the Church of All Saints – A somewhat sleepy village with an impressive 13th-century church that’s known as the ‘Cathedral of the South Hams’.

Bigbury-on-Sea – An enormous area of sandy beach when the tide is low, leading to Burgh Island home to an impressive Art Deco hotel.

Salcombe – A vibrant estuary town that’s full of small independent shops and places to eat. With a number of sandy beaches and an unspoilt harbour, it’s paradise for water sports enthusiasts.

The Cathedral of the South Hams – The Church of All Saints, Malborough
Merrivale: An Important Prehistoric Site on Dartmoor 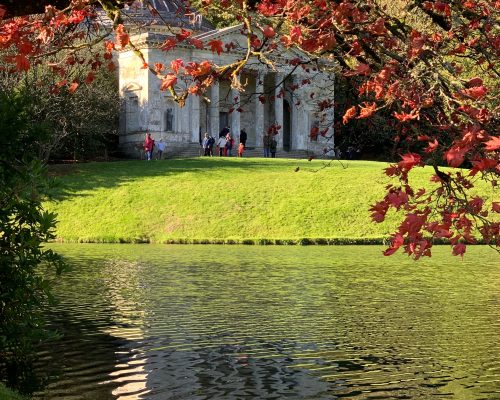