Often thought of as England’s second city (although it’s actually the third largest, after London and Birmingham), Manchester is a beacon in the north, with countless attractions for any type of traveller. And while you can’t see everything in 24 hours, you can certainly try! Here’s how to spend one day in Manchester, as well as some amazing travel tips.

One of the liveliest cities in Europe, Manchester is a welcoming place with a diverse food scene, incredible nightlife, fascinating history and incredibly friendly locals.

With a history spanning back to Roman times (when it was called Mancunium), the city gradually grew over the centuries, but it boomed during the 19th century, when the cotton industry became one of the most significant in the country. Many buildings that you see in Manchester today, as well as its canals, date back to this time!

Thanks to its fascinating history and buzzing modern culture, there are so many things to do in Manchester, PLUS it’s in proximity to some of the north’s best nature! You could spend weeks in the city and not get bored. At Christmas, Manchester is home to some of the best Christmas Markets in the UK.

One day in Manchester itinerary

But what about if you only have one day in Manchester?

Perhaps you’re flying into the airport (which is the biggest in the UK outside of London!) before heading somewhere else in the country, or maybe you’re on a larger UK road trip and only have time to spend one day in the city centre.

Don’t worry – you can certainly fit in Manchester’s highlights in a day, and I’m here to show you how! Here’s a full, action-packed itinerary for one day in Manchester.

Begin your day in Manchester by exploring the vibrant Northern Quarter. The heart of Mancunian life, this area is a buzzing part of the city with plenty of street art and independent shops.

Here are some of the best things to do in Manchester’s Northern Quarter:

Shop at the Manchester Craft and Design Centre, which sells items from more than 30 artists and craftspeople. If you want to purchase a unique souvenir while you’re in the city, this is the place!

Explore Afflecks, which is an arcade consisting of various market stalls, cafes and bars. This is another great place for souvenir shopping – if you want something that will remind you of Manchester, you can purchase a bee pin here. Bees are the symbol of Manchester, and locals sport them with pride!

Visit the National Football Museum, which is where most of the UK’s best football collections are based and preserved.

See what you can find at Piccadilly Records, one of the most famous record shops in the city.

Learn about law enforcement at the Greater Manchester Police Museum, which details the city’s history of crime and punishment through an interesting exhibition.

While there are plenty of attractions in the Northern Quarter, it’s also a very fun place to just hang out in. Grab a coffee from one of the many cafes (Oklahoma is a popular option, which is also a vintage gift store) and take in the laid-back, arty atmosphere.

Close to the Northern Quarter, you’ll find the People’s History Museum. This is an especially loved museum for Mancunians, as they’re very proud of their people.

And quite rightly so – the city wouldn’t be where it was today if it wasn’t for the incredible historical people who put Manchester on the map during the Industrial Revolution! You can learn all about this, and about modern Manchester, at the museum.

While Manchester flourished during the Industrial Revolution, its origins began long before – back in Roman times, to be exact!

There’s a reconstructed Roman Fort in the heart of Castlefield, where you can learn all about the beginnings of the city. A gorgeous place for a walk, you can also enjoy Victorian houses and the Bridgewater Canal, which was built in the 18th century to transport coal from the mines to the city.

While Castlefield is incredibly historic, a lot of the area has been refurbished, with cafes and art spaces situated in restored warehouses.

Albert’s Shed is a gorgeous canalside restaurant with incredible water views. This friendly restaurant had humble beginnings – it quite literally was the shed of someone called Albert – but is nowadays one of the best lunch restaurants in Manchester. You can’t beat these views on a sunny day!

London’s Imperial War Museum is one of the best – and most moving – exhibitions about war in the country. While Manchester’s counterpart is smaller, it’s equally worth visiting.

Most exhibitions focus on wars that Britain has been involved in, but others provide valuable information and photographs about other conflicts happening all over the world. While some exhibitions may be upsetting, there are plenty of kid-friendly displays too.

If you’re a football fan, there’s probably one attraction that’s right at the top of your “to visit” list in Manchester – Old Trafford, the Manchester United football stadium!

Stadium tours are available most days (apart from when there are matches on), and show Manchester fans the players’ tunnel, the trophy room and the pitch itself, with lots of information about the club, stadium and the beautiful game! Your ticket also includes entry to the museum, which you can explore at your own leisure.

Not a Manchester United fan? It’s also possible to tour the Etihad Stadium, which is the stomping ground of Manchester City. The two teams are staunch rivals, but the grounds are equally impressive!

Walk down the Curry Mile

One of Manchester’s many charms is its diversity, which is reflected in its incredible food. The Curry Mile is, as the name suggests, a mile-long road lined with curry houses serving mouthwatering South Asian cuisine. There are tonnes of authentic restaurants to eat at here – if you’re a curry fan, you’ll be absolutely spoilt for choice!

One of the best is Mughli. Based on a 1940s “tandoori joint”, this highly-reviewed restaurant is famous for tender tandoori meat that falls off the skewer and succulent authentic Indian bread. There are also plenty of vegetarian options!

After a busy day of exploring all of Manchester’s best attractions, head back into the city centre for some well-deserved cocktails! Menagerie has quickly become one of the most popular places for dining and drinking in Manchester – it’s particularly famous for its bottomless brunches.

But you can (and should!) visit for casual drinks too. There’s a huge cocktail menu, with both classic staples and some bar specialities, such as “Pink Lady” which is made of Tanqueray gin, st germain, rose liqueur and a cucumber spiral. In the evening, there are often performances on Menagerie’s stage!

Drinks in the Northern Quarter

Although you’ve already seen the Northern Quarter by day, it’s worth heading back in the evening to experience its fantastic bar scene! Here are some of the best bars, loved by locals and tourists alike:

Where to stay in Manchester

If you’re staying in Manchester for the night before heading off to another UK destination, here are some of the best accommodation options!

Selina NQ1 Manchester is situated in the buzzing Northern Quarter, and is a wonderful social hostel. Choose from dorm or private rooms, all decorated in a tasteful trendy style, and enjoy the on-site facilities like a communal area and bar.

Selina is a popular brand for remote workers, as they offer high-speed WiFi and coworking spaces, and the Manchester branch welcomes both backpackers travelling the country and people working on their laptops! Check prices and availability here.

Hotel Brooklyn Manchester is located in the heart of the city and is a fantastic value mid-range place to stay. Rooms are air-conditioned, with comfortable beds, flat screen TV and deluxe bathrooms. Breakfast is offered on-site, so you can fuel up here before heading out to explore the city each morning! Check prices and availability here.

The Edwardian Manchester is part of the Radisson group of hotels. Set in a gorgeous historic building, the five-star hotel boasts immensely comfortable beds with down pillows, luxurious bathrooms made from marble and sweeping views across the city.

There is a spa and gym on-site, as well as Peter Street Kitchen Restaurant which serves Japanese and Mexican fusion food. Check prices and availability here.

A final note on spending a day in Manchester

There’s so much to see and enjoy in beautiful Manchester, but you can certainly get a vibe of the city in just one day. Your day in Manchester will be action-packed, but you’ll see a bit of everything – from trendy street art in the Northern Quarter to history at Canalside to the incredible Old Trafford Stadium. It certainly will be a day you won’t forget in a hurry!

Enjoyed reading about how to spend one day in Manchester? Pin this article now, read it again later:

Claire Martin is a travel blogger and freelance writer who specialises in overland adventures. She’s drove around Australia, travelled from Bali to London without flying, lived in Mexico and has spent many months exploring Europe. You can follow her adventures on her blog, Claire’s Footsteps.

Host Café: A Beautiful Coffee Shop in a London Church
How to Spend the Perfect One Day in Liverpool Itinerary 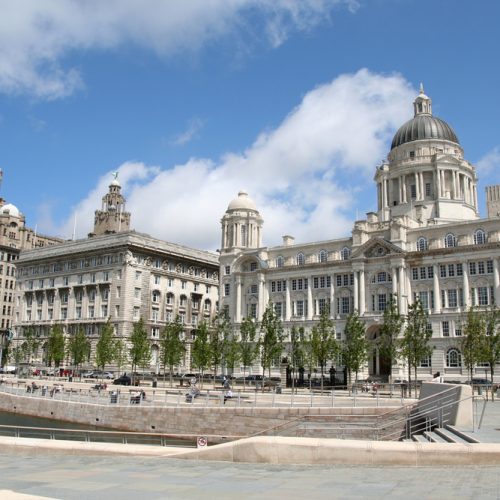 How to Spend the Perfect One Day in Liverpool Itinerary