Dartmoor is an area shrouded both metaphorically in mystery and with the vagaries of the moorland climate quite often literally in an eerie mist. There are an overwhelming number of folk tales and legends since time immemorial about numerous places and landmarks.

Jay’s Grave, also knows locally as Kitty Jay’s Grave, has probably become the most well known of these folk tales. The more popular Kitty Jay’s story has become, in recent years, the further it has been embellished and like much of the ‘fake’ news out there today it’s become impossible to distinguish the fact from the fiction. 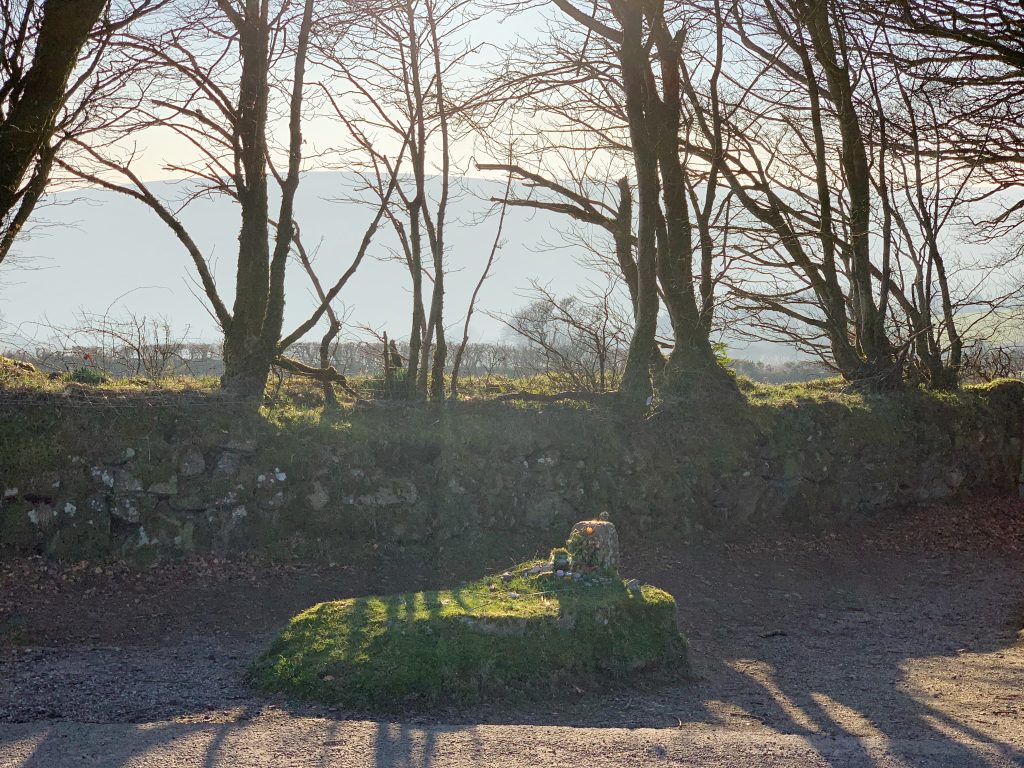 A skeleton was first uncovered by workmen in 1851 and the discovery sparked enough interest to be published in local newspapers. An account written in the North Devon Journal, 23rd January 1851 is as follows:

“In the parish of Manaton, near Widdecombe on the Moor while some men in the employ of James Bryant, Esq., of Prospect, at his seat, Hedge Barton, were removing some accumulations of way soil, a few days since, they discovered what appeared to be a grave. On further investigation, they found the skeleton of a body, which proved from enquiry to be the remains of Ann Jay, a woman who hung herself some three generations since in a barn at a place called Forder, and was buried at Four Cross Lane, according to the custom of that enlightened age.” 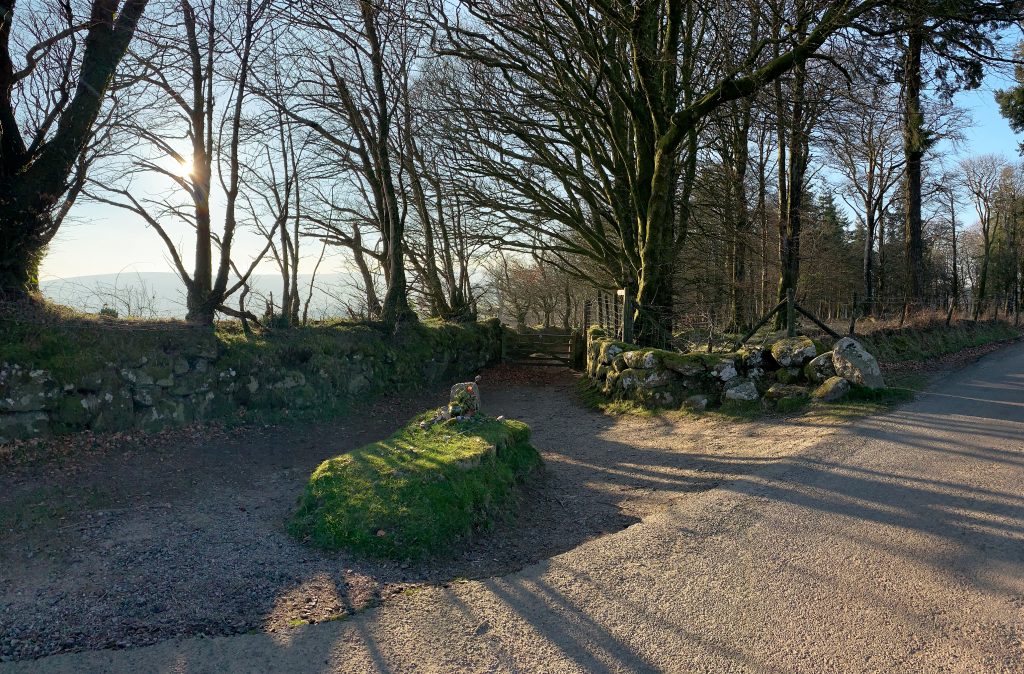 The remains were placed in a coffin under the instructions of the landowner, James Bryant, and then reinterred into the same spot at the crossroads and marked with a small piece of granite as a headstone.

The Fiction – The Tragic Tale of Kitty Jay

The sad tale begins with an orphaned baby girl being admitted to a Poor House in Newton Abbot and given a surname with the letter that the establishment had reached on its register of intakes being the letter J.

The child grew up and was known as Mary Jay. This is where everything in the tale starts to become very confusing and muddled. Nobody seems to be able to know when or why she became Kitty. And more importantly who was the Ann Jay mentioned in the newspaper article of 1851 and allegedly buried in the grave? 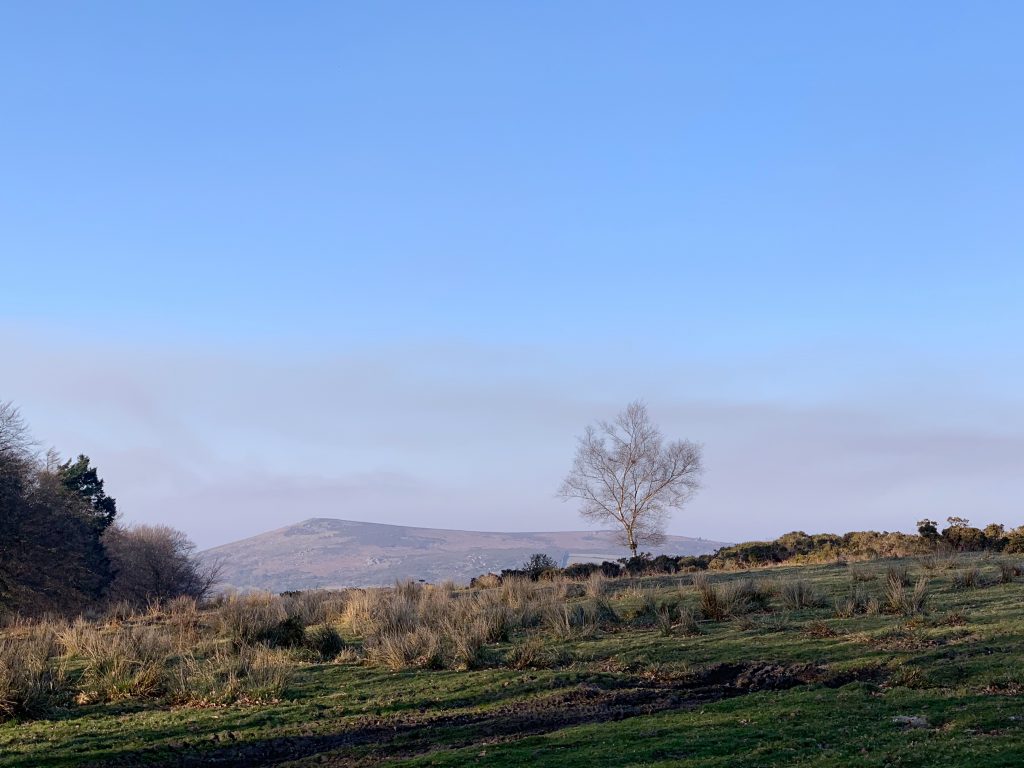 Anyway back to the legend… Kitty Jay was eventually sent to work on a farm in Manaton called Canna (or as per the newspaper article above – Forder) which must have been a pretty tough kind of existence in those days. Even worse she either started accepting the attention of the farmer’s son or was abused by a farmhand and ended up pregnant.

Back in the late 18th/early 19th century no matter what her status in life a woman becoming pregnant out of wedlock was totally taboo. For someone of a lower station in society, life would have been totally unsustainable and gainful employment would have become impossible. It was a situation that was all too common up and down the breadth of the country; female servants taken advantage of and then abandoned to bear the shame. 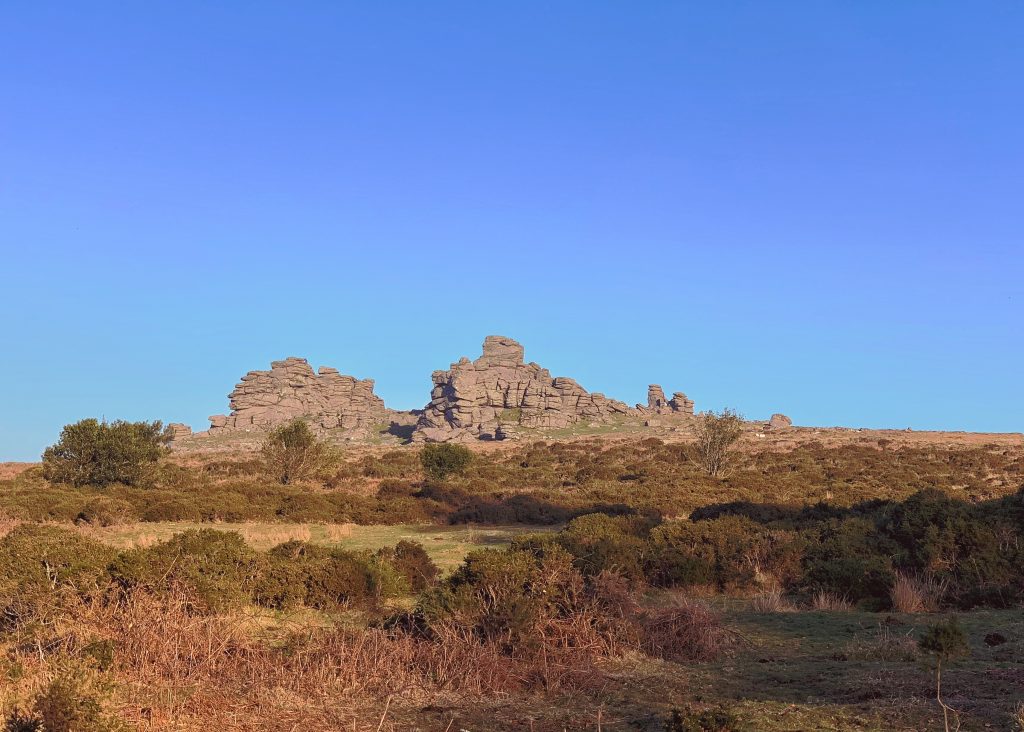 Bearing this in mind poor Kitty Jay, or maybe this part of the tale is really about the skeleton known as Ann Jay, died by suicide and her body was discovered in one of the farm outbuildings.

Unlike today, there was little sympathy for victims of suicide, and, in fact, in early English Common Law suicide was considered a crime – Felo de se (which translates from Latin as ‘felon of himself.’) It was only in 1961 that suicide was legally decriminalised under the Suicide Act

By the 18th century, suicide was seen more as a sign of temporary madness, non compos mentos, rather than a crime and so any property of the deceased was usually not forfeited to the crown but could be inherited by the remaining family. 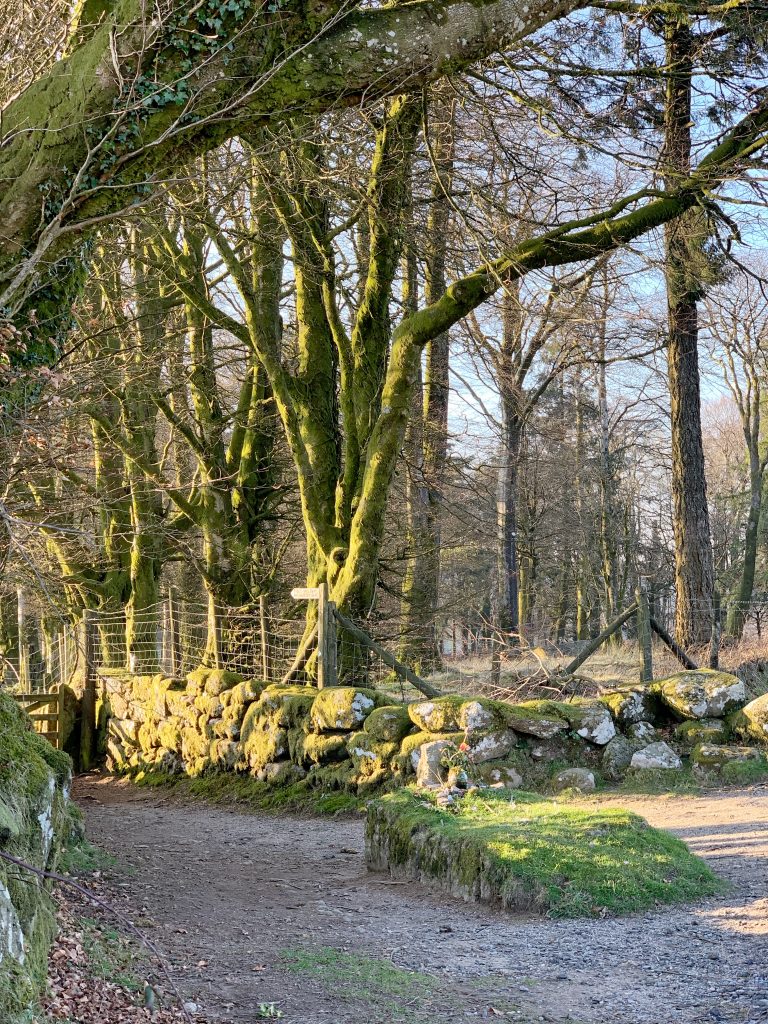 Until the Burial of Suicide Act that was passed in 1823 victims of suicide were not allowed to be buried in a churchyard and this is, most probably, why the body of a woman, Kitty Jay, was discovered in a remote part of Dartmoor, Jay’s Grave, with no grave markings at a crossroads.

Superstitions were rife in late 18th/early 19th century Britain and none more so than on Dartmoor itself. Crossroad burials were still common across Britain for both executed criminals and victims of suicide.

It was believed that the choice of four roads would confuse the spirit which would remain earthbound because the person had not been buried in consecrated ground. In many cases, the body of the deceased would also have been desecrated before the burial.

As previously mentioned Kitty Jay’s Grave has become a dark tourist attraction on Dartmoor with tourist guides and guidebooks recounting the sad demise of the young girl and flowers appearing mysteriously on the grave.

It’s said that fresh flowers mysteriously appear on the grave every day but some days they are perhaps not quite as fresh as they could be! This tradition seems to have originated with Beatrice Chase a somewhat eccentric Dartmoor author who lived in the vicinity and died in 1955. 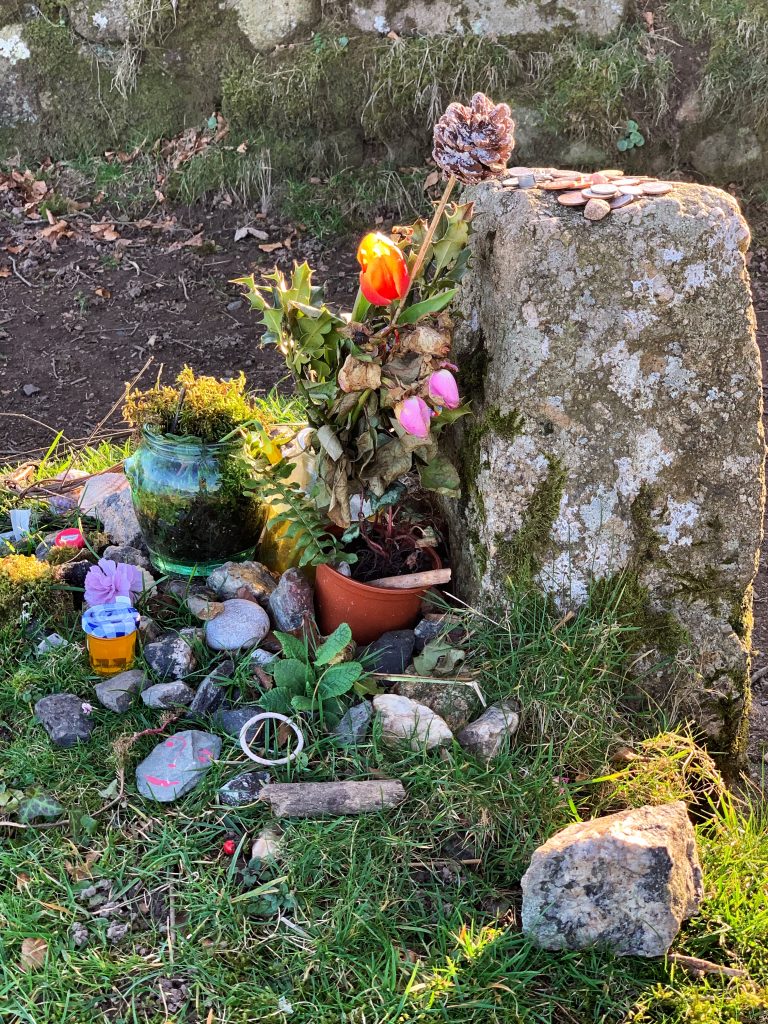 The appearance of flowers continues to this day but the grave seems to have become more of a shrine with all manner of offerings placed atop including coins, rocks and even honey – quite bizarre.

There have also been numerous reports of ghostly sightings in the vicinity as motorists have driven past at night. The grave and legend was the inspiration for the song and album Kitty Jay (2004) by the local folk singer Seth Lakeman.

Hound Tor – An attractive rocky outcrop with an amazing view from the top and an a medieval abandoned village.

Bowerman’s Nose and Hayne Down – A bizarre stack of weathered granite that is said to be the figure of Bowerman, a hunter, who was turned to stone by a coven of witches. 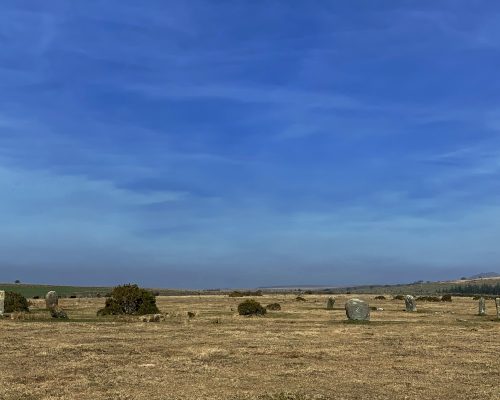